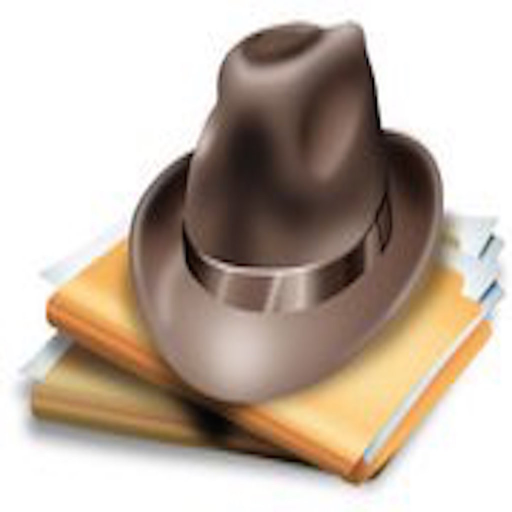 If toilet paper were indeed money... I would be extremely wealthy at this point.

The BLS released the December data for consumer price inflation this morning. BLS.GOV

The Consumer Price Index for All Urban Consumers (CPI-U) increased 0.4 percent in December on a seasonally adjusted basis after rising 0.2 percent in November, the U.S. Bureau of Labor Statistics reported today. Over the last 12 months, the all items index increased 1.4 percent before seasonal adjustment.

The Chained Consumer Price Index for All Urban Consumers (C-CPI-U) increased 1.2 percent over the last 12 months. For the month, the index increased 0.1 percent on a not seasonally adjusted basis.

Much is made about the gasoline index being about 60% of the increase and food inflation returned from last month's dip.

With the focus on Covid-19, most people probably haven’t noticed the promised cutbacks in production from places like Saudi Arabia nor the temporary idling of refineries turning into long term idling and even permanent shutdowns of those lesser productive ($).

As for food, there are troubling signs on the horizon, as grain markets have skyrocketed, due to poor weather conditions (drought) in South America and some oddities in Asia. Vietnam is/was one of the largest exporters of rice in the world and is now importing from India… as is China. The rice market had been yo-yoing, but now seems to be stabilizing. Corn and soybeans are part of the uptick and could also be due increasing herds, which would possibly forecast meat prices increasing. The waning of food inflation might not yet be on the horizon.

Who knows? The role of inflation going forward, relies largely on Central Banks of the World, imo.

The pace of vaccinations seem to be picking up, averaging 710k+ over the past 7 days (951k yesterday). I suspect there is a delay in reporting, as the CDC numbers for my state never seem to completely match up. I also know that states reporting current covid stats have multiple timing/delays and a wide range of frequency. Some states only report weekly, as an example. So that 7 day average might be low… or might be high. As of this morning, 29M+ doses have been distributed and 10m+ 1 st dose vaccinations have taken place. It is just another one of those things I keep track of. Distribution has been 1.7M daily over the past 7 days.

I am classified as 1B in my state (better than 1A of yesteryear, been there and done that). My local health department says it will start with 1B as soon as more vaccine comes available, yet they also say they are not completed with 1A. I have several dozen (literally) webpages I am watching so that I can not miss out on my turn. I don’t plan on doing anything differently over the next several months, but a little extra peace of mind works well with us.

AND not doing anything differently, means reverting to hoarding again. I had started to ease up on the stock, but now need to re-evaluate. Accepting Biden’s promises of 100M in his 1 st 100 days, that would mean near end of year for a complete vaccine rollout. I’m not sure if the 100M includes what is already done, or on top of that figure. In any case, I think 100M should be easily doable and would suggest raising the bar. At this point it would appear the 100M by end of April would be under achieving, imo. 170M should be the new target including current. Trump let his mouth overload his A$$, but Biden seems to be playing way too safe and going for the low hanging fruit.

I've been so busy with all my tracking, research, etc. I haven't been paying much attention to anything else. Has anything happened I should know about?

Just joking! My activities have been a pleasant distraction, but is starting to feel like I have a full time job. It may just be Parkinson's Law. I dunno.

Curiously, it is incorrect to say China Virus, but South African variant, Brazilian variant or UK variant is okay.

For the record...The Brazilian variant is P.1, which itself contains several similarities to the South African and U.K. variants...N501Y mutation. Current vaccines should target this mutation (N501Y) of the covid-19 as well. The South African and Brazil variants also contain E484K and K417T... which could help the Covid-19 bypass the immune system and is not know what impact they would have on the vaccines... or vice versa. (This paragraph is a summary from watching SkyNews . It can be found at the about the 3pm EST. You would need to do some calculation. It is on a rolling 12 hour loop. However, they do a lot of repeats.)

Professor Principal
2.1  Buzz of the Orient  replied to  Baron Creek @2    one month ago

"Curiously, it is incorrect to say China Virus, but South African variant, Brazilian variant or UK variant is okay. "

Since you cannot figure that out for yourself I'll explain it to you.  An existing virus can mutate into many variants, and Trump's propensity to blame anyone but himself and deflect from his own mismanagement of the original virus, especially his delay in dealing with it professionally (he didn't want people to panic) and by also labeling it Kung Flu, Wuhan Virus and Chinese Plague, it has caused harassment and attacks on American Asians and hate crimes against Asians around the world.  However, the variants are not original nor are they much different from the existing virus, so since it is nothing particularly new or different using the expressions does not provoke hatred to the extent of the demonizing original labels, but merely identifies where the variants seemed to be located.

However, the variants are not original nor are they much different from the existing virus

What is the existing virus called?

Covid-19   Perhaps I should have used the word "original" instead of "existing", although the original strain still exists.

I have recently run into the 12% increase in deaths does not matchup with the number of covid-19 deaths argument. The spin being that more deaths are being attributed to covid than are actually taking place, thereby it is a bit of a scam, etc. The CDC is being cited for this argument.

I have seen the CDC release and it does indicate 12% through the end of the year... BUT mentions that the numbers are provisional and lag times of death reports are 8~10 weeks and sometimes a bit longer.

Even this is incomplete as far as death reporting as can be indicated by just 61k, 45k and 37k deaths in the last 3 weeks of 2020, compared to the 70K+ from the preceding period. Another 70K+ deaths can be anticipated to be reported for 2020. It is not that difficult to project the final tally will be 15.5%+ higher in 2020 over original expectations of 2020. Deaths over and above the reported Covid-19 deaths will be in the 93K+ range.

Following up on 2020 deaths per CDC. Data is still preliminary, and more data will be forthcoming. Currently, as of 1-22-2021, total deaths in the USA for 2020 is 3,304,323, which is 13.97% above the expected 2020 deaths, or 404,905 above. Indications point to another 49,000+ deaths to be registered for 2020 or approximately 500K more than originally anticipated for 2020, (15.6%). Depending on which tracking you used for 2020, this compares to 100K~115K deaths over and above reported Covid-19. This is not intended to signify Covid-19 is being under-reported as many of these additional deaths could be attributed to hesitancy of individuals to visit healthcare providers, healthcare providers focused on Covid-19 to detriment of other illnesses, etc.

It is intended as a rebuttal to apples and oranges attempts of 2~3 weeks ago, by comparing preliminary data from CDC and John Hopkins, worldometers, covidtracking, our world in data, etc. to state covid-19 was being over reported as part of some sinister plot. Updated CDC data

The 7-day moving average of deaths per million is 9.61, which is 19% higher than a month ago. 24 states are showing a decline from 1 month ago, although still extremely high, imo.

Closer to home, the Nursing Home deaths are showing a 1/3 decrease, which should result in lower overall deaths. The latter seems to be at a plateau. Still waiting to see a drop, which would indicate the vaccine is taking a wider effect.

Ooops, I stated U.K. was first in vaccine doses per capita and the U.S. being 2nd.

Distribution of vaccines is continuing with 52+M doses distributed and 32+M vaccinations. Approximately 23% of the vaccinations are 2nd dose. 1st dose daily average for the past week averaged 934,086 daily and 2nd dose averaged 346,576. At current pace, it will take til end of the year to vaccinate 70% with 2 doses.

With length of immunity in question and variants, Pfizer has already announced a study to see if another dose might be required in the 6~8 months range.

The CDC mortality for 2020 is now 16% above the expected deaths... sans covid. That percentage represents 465,000 more deaths than expected. Depending on sources other than the CDC... covid deaths were reported in the 338k to 354k range for 2020. There is still data for 2020 coming in for the CDC. Best estimates would be 480K above expected... or 16.6%. The CDC will be parsing and reviewing data, so the final report will likely be in the summer.

Nearer to home, my state's nursing home deaths have plunged in the past couple of weeks. The state is nearing 100% on both doses for persons in nursing homes, that want it. The patients have been gungho to get, but staff seems to be resistant to the vaccinations. In any case, the nursing deaths had accounted for 71% of deaths since the start, but that figure has now fallen to about 10% of current 7 day average and 59.5% overall. State deaths have risen overall, but the rollout into the 70+ groups (75% of deaths) is just now in full play, with 60+ (17%) in the next couple of weeks. Nearly all sites are saying they are vaccinating under capacity, due to lack of vaccine.

I am still in replenishment of hoarded "stuff" and likely will continue to do so for quite some time.

Nationally, 26 states are still above their 7 day averages of one month earlier. The US total for today was 400 less than last Tuesday. One day doth not a trend make.