T he draft Supreme Court decision overturning Roe v. Wade was leaked in an effort to energize liberal voters ahead of the midterms, a former pollster and adviser to President Bill Clinton and Hillary Clinton told Fox News.

The draft decision,  written by Justice Samuel Alito , said the states should have the authority to regulate abortion since nothing in the Constitution supports it as a right.

"The leak of the … potential Supreme Court decision was, I think, clearly designed to affect both the court, and I think perhaps the midterms," Harris Poll chairman and Stagwell CEO Mark Penn told Fox News. "I think that Democrats were rather lackluster going into these midterms, had kind of a feeling of growing defeat coming."

"This is going to provide an ability for Democrats to energize their base somewhat more than was going to happen without this," Penn added. "I think that that breathed new life into Democratic hopes for those midterm elections."

"I don't think the most unprecedented leak in history in the Supreme Court happened because somebody was careless and left this decision on the desk somewhere," Penn told Fox News, noting that the draft was circulated in February. "I think somebody really planned this out, looked for the right timing and put it out and maybe was fishing for it."

"Bottom line is this leak probably energized Democrats more than Republicans," he said. "It probably will energize the entire electorate."

"We'll probably have more fundraising than ever, and I suspect even more turnout in a midterm election than ever as a result of this leak," Penn added. "It's really going to go through the roof on both sides."

Republicans were aiming to win over suburban women in the midterms on issues like inflation, according to Penn. But   the Supreme Court leak   may have helped bring those votes back to Democrats.

"Suburban women in particular are women who are very concerned about the choice issue," Penn told Fox News.

"Suburban women are going to be somewhat cross pressured as a result of this," he continued. "They favor Republicans on economic issues, but they favor Democrats on an issue like choice."

"The central choice in the 2022 elections will be about who will defend our freedom," the DCCC chairman said. "Democrats will fight like hell to protect them; Republicans will rip them away."

"This is going to provide an ability for Democrats to energize their base somewhat more than was going to happen without this," Penn added.

They "Needed" Something and "Someone" gave them a "Present" !

Everyone knows Democrats can't run on inflation, on border security, on taxes, etc.

And with parents upset with government and schools over their power over our children now, if they think we will give people who want to control our kids more power so that single women professional/ progressives can freely terminate their babies.

The only problem with this article, is that NOBODY KNOWS WHO LEAKED IT.  Therefore it is just right wingers in damage control trying to point fingers.  Roe v Wade was massively supported by voters on both sides of the aisle.

The complete and utter disdain for previous SCOTUS rulings, as shown in this 1st draft, would be enough to disgust anyone that believe in the Constitution and American freedoms.

As Usual, That has Nothing to do with the article.

Consider it food for thought

Consider it food for thought

Yes it is. In most circles it's called SPAM.

In most circles it's called SPAM.

When a person says, "I think" and "maybe" and "probably" it's "probably" not newsworthy.

When a person says, "I think" and "maybe" and "probably" it's "probably" not newsworthy

It all depends (not the adult diaper) !

I'd say you're "probably" correct!

yeah, Democrats needed SOMETHING to energize their base, who have been sorely disappointed with this Administration thus far.

I think somebody really planned this out

Ya think?  Democrats needed something to distract from their abysmal record. 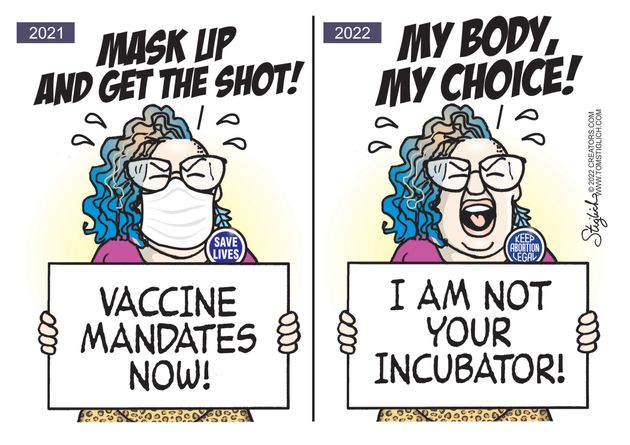 The same could be said the reverse way around. 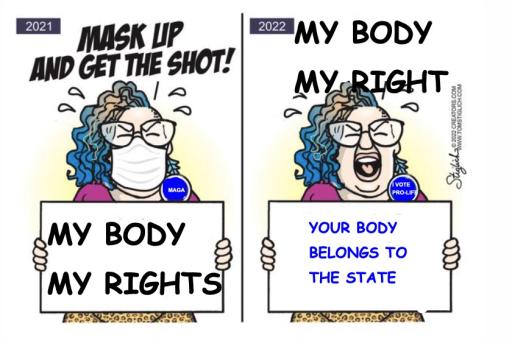