The Supreme Court on Wednesday dismissed an effort by Republican attorneys general to mount a legal defense of a Trump-era immigration restriction that the Biden administration has since rescinded and declined to defend in court. The case was procedural in nature, but at its heart was former President Trump's "public charge rule," a 2019 measure…

The Supreme Court on Wednesday dismissed an effort by Republican attorneys general to mount a legal defense of a Trump-era immigration restriction that the Biden administration has since rescinded and declined to defend in court.

The case was procedural in nature, but at its heart was former President Trump's "public charge rule," a 2019 measure that had imposed new restrictions on poorer immigrants to the U.S., until the Biden administration ended the policy last year.

The justices' move Wednesday to dismiss the case leaves intact a lower appeals court ruling that rebuffed Arizona Attorney General Mark Brnovich's (R) bid to step into the shoes of the Trump administration in hopes of reviving the public charge rule through a legal victory.

The court's dismissal was somewhat unusual, since the justices heard argument in the case earlier this term. Chief Justice John Roberts, in an opinion concurring with the court's move, said the case ultimately raised too many legal questions that were beyond the scope of the issue the court had agreed to hear.

"It has become clear that this mare's nest could stand in the way of our reaching the question presented on which we granted certiorari, or at the very least, complicate our resolution of that question," wrote Roberts, who was joined by conservative Justices Clarence Thomas, Samuel Alito and Neil Gorsuch.

Trump's public charge rule sparked a number of legal challenges across the country that were in various stages of litigation when President Biden took the White House after campaigning on a pledge to roll back Trump's hard-line immigration stance. Each of the five federal courts that addressed Trump's policy either found it unlawful or in likely violation of the law.

The Trump-era rule directed federal immigration authorities to deny U.S. entry and green card requests of immigrants who were likely to become reliant on government assistance. It also broadened the criteria for determining the likelihood that an immigrant would become dependent on taxpayer-funded aid, otherwise known as a "public charge."

Under the policy, an immigrant would be considered a public charge if they receive at least one public benefit for more than 12 months within any three-year period. These benefits include Medicaid, food stamps, welfare or public housing vouchers. The Trump administration rule also examined the likelihood of an immigrant using such benefits in the future.

Supporters of Trump's rule, which updated an existing Clinton-era regulation, characterized it as a commonsense way to ensure that U.S.-bound immigrants are self-sufficient, and to prevent welfare programs from being overburdened. Led by Arizona, the Republican attorneys general contended that the rule stands to save states $1 billion a year.

Biden's Department of Homeland Security rapidly rescinded the rule in March 2021, forgoing the usual public comment period that often precedes the unwinding of major regulations and citing the negative court treatment of the program as its reason for ending it so swiftly.

Biden's administration also abandoned the legal defense of the program that had been advanced by Trump's Department of Justice, effectively allowing the legal preservation effort to die.

In response, Republican attorneys general sought to defend the measure in court by essentially taking up the now defunct legal position held by Trump's Department of Justice. The Biden administration opposed the move, and the Supreme Court's dismissal on Wednesday lets stand the lower court rulings that rebuffed the Republican states' request to intervene.

The Hill has removed its comment section, as there are many other forums for readers to participate in the conversation. We invite you to join the discussion on Facebook and Twitter. 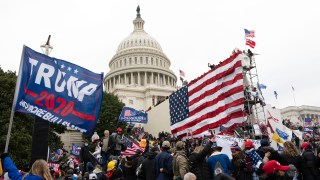 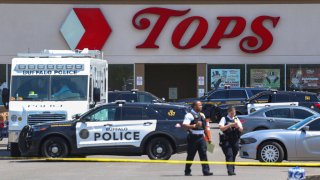 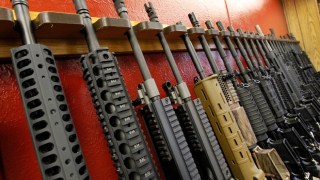 by Monique Beals 1 day ago Court Battles / 1 day ago 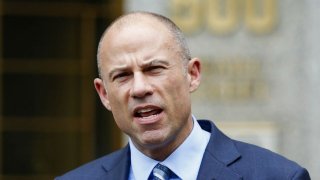 Avenatti to plead guilty to stealing millions in California case 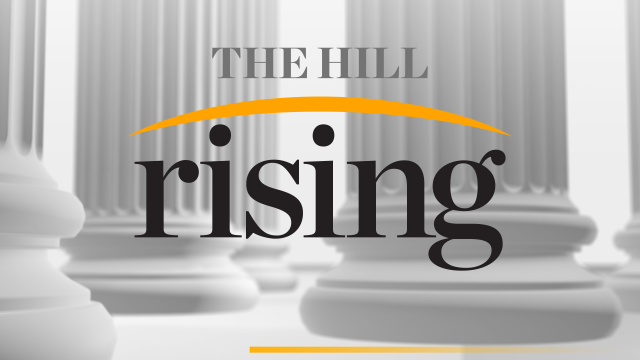 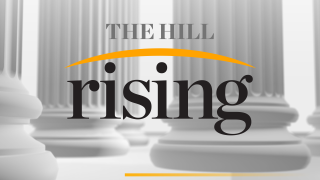 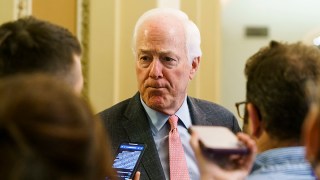 Cornyn warns gun safety framework may have to be slimmed down 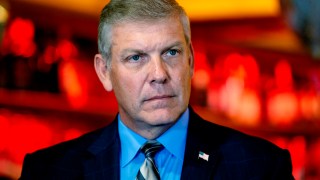 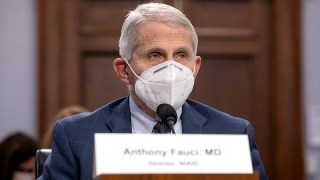 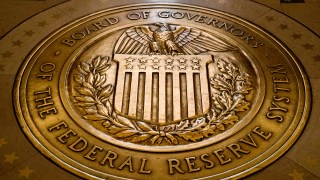 Biden and the Democrats own the border disaster. All of the illegals crossing. The drugs. The weapons. Human Trafficking. And especially the deaths.

Here are two other snippets Democrats own.

Jan 6 committee releases nothing of value- yet again. Releasing the tapes on Loudermilk proves just how full of shit the Jan 6th committee is. DC police already viewed their "footage" and there is nothing there. Just more Democrat BS for TDS driven consumption. But they released the tapes anyways- because that is just who the fuck they are. Petty, morons, that can't believe the public doesn't hang on their every damn word.

US Capitol Police have concluded after reviewing security footage that “there is no evidence” GOP Rep. Barry Loudermilk led a reconnaissance tour with Trump supporters trying to learn more about the Capitol complex the day before the deadly January 6 insurrection.

The House select committee investigating January 6, 2021, raised the issue publicly in a letter last month asking Loudermilk to explain the purpose of his January 5 meeting with a group of constituents. Days after the attack, some Democrats began accusing Republicans of providing tours to individuals who later went on to storm the Capitol.

“There is no evidence that Representative Loudermilk entered the U.S. Capitol with this group on January 5, 2021,” Capitol Police Chief Tom Manger wrote in a letter on Monday to Rep. Rodney Davis, the top Republican on the House Administration Committee. “We train our officers on being alert for people conducting surveillance or reconnaissance, and we do not consider any of the activities we observed as suspicious.”

The Capitol Police review was done at the urging of Davis. The police review of security video from January 5, 2021, comes after the House select committee raised concerns about Loudermilk hosting visitors in his office that day and requested that he voluntarily answer questions.

Manger said the video shows Loudermilk with “a group of approximately 12 people which later grew to 15 people” walking through the Capitol office buildings on January 5. It also states that the group of visitors did not “appear in any tunnels that would lead them to the US Capitol.”

House Republicans suggested they may release video they believe exonerates Loudermilk of any insinuation that he led a so-called “reconnaissance” tour the night before the January 6 riot.

The House select committee declined to comment on Manger’s letter.

Only in the fevered dreams of brain damaged conservatives. Besides the fact that such a slick ambulance chasing attorney has little to do with the topic, he got his 15 minutes of fame and then was unceremoniously dumped even before all his legal troubles and attempted extortion were exposed. To claim "they all wanted him to run for President" is certifiably insane.

Democrats own the border disaster. All of the illegals crossing. The drugs. The weapons. Human Trafficking. And especially the deaths.

Just more hyperbolic bullshit without a lick of evidence to back up a single word.

Jan 6 committee releases nothing of value

I'm sure that is the opinion of most idiots and gullible fools who have intentionally not been watching because they wouldn't want facts and reality to penetrate their right wing alternate universe bubble. And they certainly don't want to be reminded how the former grifter-in-chief conned his sycophants out of another quarter of a billion dollars that was supposed to go to the fictional "Election Defense Fund" but ended up in Trump friends and family pockets. The facts show many interesting and relevant facts have been revealed, but weak spineless conservatives don't want to hear it since it basically proves how fucking stupid and gullible they have been which is just too embarrassing for them to admit.

“There is no evidence that Representative Loudermilk entered the U.S. Capitol with this group on January 5, 2021,” Capitol Police Chief Tom Manger.

This apparently is a lie or an uninformed opinion. The video has now been released. On a side note, it's hilarious that conservatives are using an article from CNN as their source considered how often they dismiss them as 'fake news'.

" The surveillance footage released Wednesday shows Loudermilk giving a tour to a small group — some wearing red caps — as some individuals take photos of Capitol staircases, tunnels and security checkpoints that are used by lawmakers and staff members daily ."