Two men accused of being members of a white supremacist group and arrested during the deadly "Unite the Right" rally in Charlottesville, Virginia, pleaded guilty to federal charges Friday, prosecutors said.

Benjamin Drake Daley, 26, and Michael Paul Miselis, 30, who prosecutors said are members of the "Rise Above Movement," pleaded guilty to one count of conspiracy to riot, the U.S. Attorney’s Office for the Western District of Virginia   said in a statement .

Daley faces 27 months to 42 months in prison, according to a plea agreement filed in the case. Miselis’ agreement does not specify a range, but the charge carries a maximum of five years. They are set to be sentenced this summer.

Daley was a founder of the now-defunct, California-based organization known as RAM. Daley, Miselis and two other men — Thomas Gillen and Cole White —   were arrested in October   in connection with violence at the 2017 "Unite the Right" rally in Charlottesville. Neo Nazis, Alt-Right, and White Supremacists encircle counter protestors at the base of a statue of Thomas Jefferson after marching through the University of Virginia campus with torches in Charlottesville, Va. on Aug. 11, 2017. Shay Horse / NurPhoto via Getty Images file

All four traveled to the rally from California and assaulted people there, including an African-American man, two women and a minister, prosecutors have said.

"As RAM members, Daley and Miselis trained to engage in violent confrontations and attended the Unite the Right rally with the expectation of provoking physical conflict with counter-protesters that would lead to riots," David W. Archey, FBI special agent in charge of the agency’s Richmond division, said in a statement.

Emails to a public defender or attorneys listed as representing Daley and Miselis were not immediately returned Friday night.

White and Gillen   previously pleaded guilty   to conspiracy to riot. Plea agreements in their cases do not list a range of imprisonment, but say the charge carries a maximum term of five years.

The men are set to be sentenced July 19.

Thomas' sentencing is also scheduled for that date, and no sentencing date is set for Miselis, according to online federal court records.

At a march at the University of Virginia campus the night before the rally, which prosecutors said Daley, Miseli and other RAM members attended, participants carried torches and chanted "Jews will not replace us" and "blood and soil."

"These avowed white supremacists traveled to Charlottesville to incite and commit acts of violence, not to engage in peaceful First Amendment expression," U.S. Attorney for the Western District of Virginia Thomas T. Cullen said in a statement Friday in announcing the guilty pleas by Daley and Miselis.

"Although the First Amendment protects an organization’s right to express abhorrent political views, it does not authorize senseless violence in furtherance of a political agenda," Cullen said.

During that rally, which included white nationalists and members of the KKK, James Alex Fields Jr., drove his car into a crowd of counter-protesters and killed   Heather Heyer . Fields, 21, has been   convicted in state and   federal court   for the killing. He   faces life in prison .

Standing up and taking pride in their work, has just saved taxpayers a whole lot of money.

Seems like a rather light sentence since they assaulted folks.

Should have been more, but I guess saving money on a trial at least speeds things up.

I don't know. Five years seems pretty good for assaulting someone. I doubt they will get the whole five years though.

Then again, this was intentional. Not a spur of the moment thing.

A young woman died as a result of the frenzy there.

Hate mongering in any form by any person or any group is inexcusable. Give the maximum allowable sentence to those two scum bags!

Hopefully they get the whole five.

If I punched someone in a bar it would be assault. Not worth five years.

It is a plea deal. I say they are lucky that is what they had to plead to. Don't know how they came to that conclusion but it is better than an alternative. I would have taken it.

I'm looking at it as they pre planned this with the specific intent of assault. To me that should get you a minimum of 5 years.

The plea deal is a lock for prison so I guess it's OK.

I agree with the five years as I think they should have more though not possible.

My point is people acting like assault should land people twenty years when that is not the case.

This was a specific plea deal.

What's notable about all this is what is omitted.  There were essentially four groups there in Charlottsville that day including those who there to peacefully protest and troublemakers from both sides of the issue.  Arguably there to instigate violence or respond to threats from the opposition.

Naturally, that is not what stories like these will ever admit nor will many in the media report on the facts that don't fit the narrative of it was a rally in favor of white supremacy.

Thankfully, I know the difference. 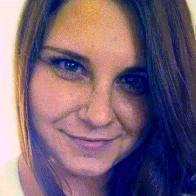 To bad the rioters didn’t care about her before hand.

Are you really blaming "her" murder on anything other than White Supremacist / neo-Nazi terrorism? "Her" name is Heather Heyer.

In this context she has become a symbolic tool to attack any form of anti left speech at this point.

To bad the rioters didn’t care about her before hand.

They did care about her, as a target. Their social media, which has been used in court against these punks and others, including some from the military, proves it.

In this context she has become a symbolic tool to attack any form of anti left speech at this point.

What do you mean by 'in this context'?

This seed isn't about 'anti left speech', it's about the prosecution of white supremacists because of their ACTIONS and their conspiracy to commit them.

When I say that there are White-Supremacist / neo-Nazi fellow-travelers on NT, she gets angry.

How would you describe someone who banalizes murder by White-Supremacists / neo-Nazis?

Naturally, that is not what stories like these will ever admit nor will many in the media report on the facts that don't fit the narrative of it was a rally in favor of white supremacy.

The story is about the prosecution of 4 white supremacists that were found to have CONSPIRED to commit violence.

You're more than welcome to post a seed about those 'other facts' that you claim exist.

The 'narrative' that is WAS a rally in favor of white supremacy was driven by the FACT that the organizers are known white supremacists AND from the FACT that the night before their 'rally' they illegally marched onto the UV campus with torches while chanting 'Jews will not replace us' and 'Blood and soil' and assaulted UV students.

Oh and BTW, there was another group that you didn't mention. There was a large group of clergy from ALL faiths that were standing for PEACE. Some of them were victims of assault.

In addition to Heather Heyer, let's not forget that two Virginia State troopers died in a helicopter crash while patrolling the riots.