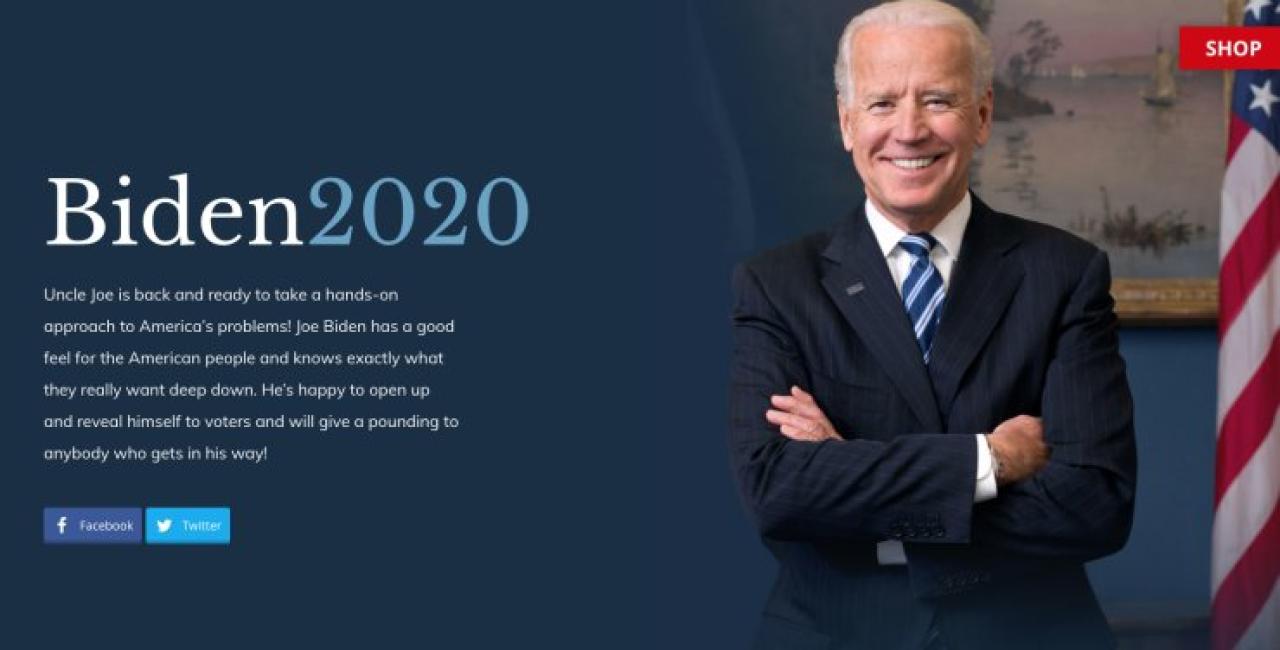 Users are reporting that the former vice president’s official 2020 campaign page is nowhere to be found on the first page of results for the search term “Joe Biden.”

Even worse for the Democratic front-runner: A realistic-looking parody site featuring images of Biden touching women and children appears to be doing quite well on Google  and other major search engines, particularly for the search “Joe Biden website.”

“Joe Biden has a good feel for the American people and knows exactly what they really want deep down,” reads JoeBiden.info , the parody site. “He’s happy to open up and reveal himself to voters and will give a pounding to anybody who gets in his way!”

Biden has been under scrutiny after a number of women made allegations that he touched them in ways that made them feel uncomfortable. After those allegations surfaced, Biden pledged to be more respectful.

Biden’s campaign did not respond to a request for comment for this article.


The internet snafu suggests the Biden campaign is having early difficulty with its digital operation. That could pose trouble for the 76-year-old as he competes in a field that has already proven to be savvy with new tools for online outreach and fundraising.

The problem has also emerged despite the Biden campaign’s prolific spending on Google.

An online   tracker   maintained by the progressive digital advertising firm ACRONYM shows the Biden campaign has spent more than $360,000 on Google platforms, racking up more spending on the site than all the other candidates in the crowded field except Sen. Bernie Sanders and Pete Buttigieg, the mayor of South Bend, Indiana.

While his official campaign page is absent, Google does prominently display an official Biden advertisement for Biden-related searches.

The person who created the JoeBiden.info parody site is not named, and a disclaimer claims it is not funded “by any candidate, committee, organization, or PAC.”

In response to an inquiry from CNBC submitted through the parody website’s contact form, the person behind it wrote that they identify as “closest to a libertarian.” The person said they are an American citizen and that they have not been contacted by any candidate or organization about the website.

Poor old Joe is off to a dismal start on his journey to nowhere.

This really is a great idea, i'm going to start buying domain names for up and coming politicians, so I can either sell it back to them or sell t-shirts off a parody site.

You would think that for a guy who has been in national politics as long as he has - including the White House - it wouldn't be possible to come up with new ways to embarrass him. Apparently running for president means the possibilities are endless.

This parody site is simply amazing though http://www.trumphotels.org/

At this time four years ago Jeb Bush was running way ahead of the gop pack.

My early favorite for the Democratic nod hardly even shows in the polls, yet...

Which unique ice formation would that be?