Hogan Gidley: Would Be Nice If Trump Had 'Complicit, Compliant Media' Like Dems


Hogan Gidley: Would Be Nice If Trump Had 'Complicit, Compliant Media' Like Dems 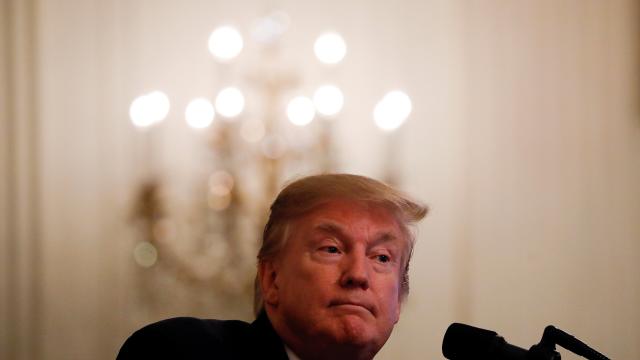 “It’s amazing how the media cover what he does and what he says in a slant that makes everything negative no matter how positive the subject matter may be,” Gidley told Fox News’ Howie Kurtz in an interview that aired Sunday.

The spokesman went on to accuse the press of mischaracterizing Trump’s behavior after he abruptly  ended his Wednesday meeting  with Democrats during which they were supposed to negotiate a bipartisan infrastructure deal.

Rather than talking about the topic at hand, Trump reportedly entered the room and spoke for just three minutes before taking off, declaring that he wouldn’t work with Democrats on infrastructure unless they stopped investigating his administration now that special counsel Robert Mueller’s report has been completed. He then held a news conference in the Rose Garden to criticize his opponents.

In a letter to her congressional colleagues that evening, Pelosi called the president’s behavior “ a temper tantrum .”

“Democrats are here for the country,” she said. “Sadly, the only job the President seems to be concerned with is his own.”

Frustrated by reports on the matter, Gidley claimed that journalists “take whatever [Pelosi] says lock, stock and barrel.”

“I mean, it would be so nice if we had a complicit, compliant media the way the Democrats do but we don’t and that’s the game and we understand that,” he added.

Shortly before the meeting, Pelosi told reporters that she believed Trump “is engaged in a cover-up,” a remark that reportedly infuriated the president, according to  The Washington Post .

“I don’t do cover-ups,”  Trump said  during the Rose Garden news conference. “Get these phony investigations over with.”

CORRECTION : An earlier version of this story said Gidley spoke with Chris Wallace. The interview was with Howie Kurtz.

“I mean, it would be so nice if we had a complicit, compliant media the way the Democrats do but we don’t and that’s the game and we understand that,” he added.

Rump and his supporters live in Bizarro World.

Hogan Gidley is a christian dominionist.  He is complicit, compliant and walks in The Shadow of The Deceiver.

Gidley has no value.