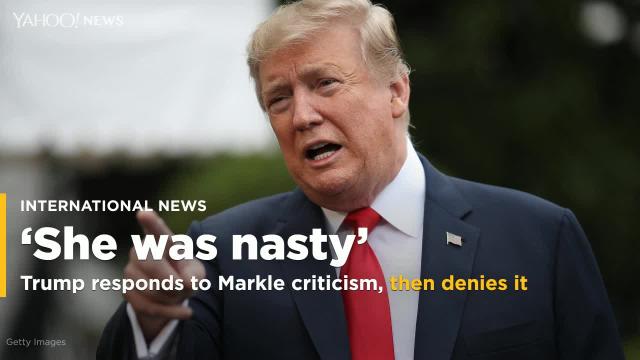 President Trump, ahead of his state visit to the U.K., denied calling Meghan Markle “nasty,” despite being recorded doing so on tape.

“I never called Meghan Markle ‘nasty,’” Trump  tweeted  Sunday, and claimed the instance was “made up by the Fake News Media.”

However, the president was recorded calling the former actress and now a member of the British royal family “nasty” when asked in an interview Saturday about her criticism of him before he was elected in 2016.

“She said she’d move to Canada if you got elected,” said  the Sun’s  Tom Newton Dunn, who spoke to Trump in the Oval Office. “It turned out she moved to Britain.”

“A lot of people moving here, so what can I say? No, I didn’t know that she was nasty,” Trump  said . 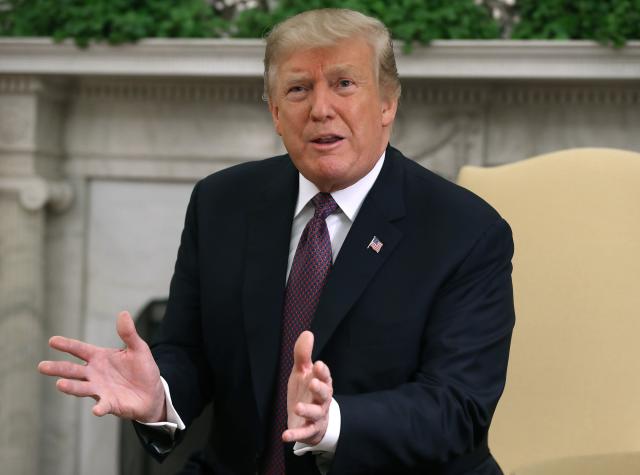 Trump went on to say that he felt Duchess of Sussex will be a great addition to the royal family, saying, “I am sure she will do excellently. She will be very good.”

It was during a  2016 appearance  on “The Nightly Show with Larry Wilmore” when Markle, then an actress promoting her show “Suits” and a Hillary Clinton supporter, said she might leave the U.S. if Trump won the presidential election.

“It’s really the moment I go,” she said. “We film ‘Suits’ in Toronto and I might just stay in Canada.”

During the interview, Markle also called Trump “divisive” and “misogynistic.”

“Yes, of course, Trump is divisive, think about female voters alone, right?’ she told Wilmore. “I think it was in 2012, the Republican Party lost the female vote by 12 points. That’s a huge number, and with as misogynistic as Trump is, and so vocal about it, that is a huge chunk of it. You’re not just voting for a woman if it’s Hillary just because she’s a woman, but certainly, because Trump has made it easy to see that you don’t really want that kind of world that he’s painting.”

Before Markle, Trump previously used the word “nasty” against his Democratic opponent Clinton, calling her a “nasty woman” during the third presidential debate in 2016.

While the president is expected to meet with Queen Elizabeth II, Prince William and Markle’s husband, Prince Harry, Markle, who is on maternity leave, will not be in attendance. When told this in his interview with the Sun, Trump said he did not know she would not be present on his state visit, which begins Monday but said, “I hope she is OK.”

Look in the mirror you dumb ass nasty POS.

Who are you going to believe?  Honest Donnie or your own lying eyes and ears?

What a twat this 'president' is.