Trump Suggests a Boycott of AT&T to Punish CNN 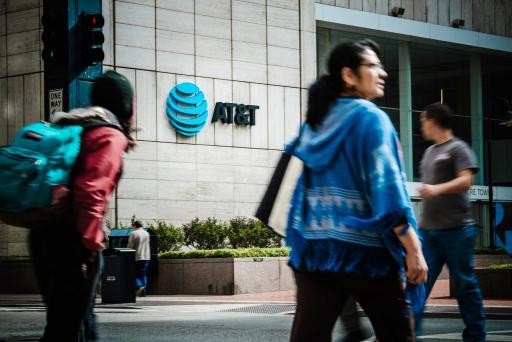 Despite President Trump’s call on Twitter for a boycott, shares of AT&T, which acquired CNN last year,

President Trump on Monday floated the notion of a consumer boycott of AT&T, the telecommunications firm turned media colossus, an apparent attempt to punish the company for the news coverage produced by one of its subsidiaries, CNN.

“I believe that if people stoped using or subscribing to @ATT, they would be forced to make big changes at @CNN, which is dying in the ratings anyway,” the president wrote on Twitter, shortly after touching down in Britain for a state visit. “It is so unfair with such bad, Fake News! Why wouldn’t they act. When the World watches @CNN, it gets a false picture of USA. Sad!”

Mr. Trump, who had apparently been watching CNN during his trans-Atlantic flight, complained about the channel’s coverage in an earlier tweet: “All negative & so much Fake News, very bad for U.S.” He added: “Why doesn’t owner @ATT do something?”

Mr. Trump, who had apparently been watching CNN during his trans-Atlantic flight, complained about the channel’s coverage in an earlier tweet: “All negative & so much Fake News, very bad for U.S.” He added: “Why doesn’t owner @ATT do something?”

The president’s call for a boycott did not appear to worry AT&T’s investors. Its stock price closed on Monday at $31.09 a share, up 1.7 percent.

Thin skinned snowflake spotted whining in the UK. Film at 11.

A President of the U.S. calling for a boycott of a business-- just because he doesn't like the news coverage it gives him.

Why bother?  CNN is going down the drain anyway.

Why bother?  CNN is going down the drain anyway.

What do you think of a president calling for a boycott of a company for that sort of reason though?

That's all the turd 'president' has.

I think about it as much as I think about the liberal calls for boycotting countries,  businesseses, radio and tv stations, and people just because those entities s disagree or otherwise oppose liberal views and causes

Well if Mr. Trump would like some favorable coverage, he may attempt an innovative approach. Try doing something favorable, just a suggestion.

"Ms. Mayer reports that Mr. Trump called Mr. Cohn into the Oval Office along with John F. Kelly, who had just become the chief of staff, and said to Mr. Kelly, “I’ve been telling Cohn to get this lawsuit filed and nothing’s happened! I’ve mentioned it fifty times. And nothing’s happened. I want to make sure it’s filed. I want that deal blocked!” Ms. Mayer  reports  that Mr. Cohn “evidently understood” it would be highly improper, and as he walked out of the meeting told Mr. Kelly not to do as the president asked, saying, “We are not going to do business that way.”

It's been far more than a call for a boycott. If the staff around him hadn't known how totally illegal and inappropriate it was to use the powers of the government to block private company mergers and acquisitions I have no doubt Trump would have blocked the deal and used the government for his own personal vendettas.