Two Florida students in separate parts of the state were arrested Thursday after they allegedly posted school shooting threats online.

In Broward County -- the same district as the   2018 Parkland school shooting   where 17 were killed -- an officer said he learned Wednesday night from the school board about a school shooting threat posted on the messaging app Discord.

According to the Broward County police report, the threat said, "I want to shoot up a school. This is a genuine feeling. I want people to suffer. ... I wish to see those I haven't shot shake in fear and scream and cry at such a heinous act. Then see the shock on their faces once I've shot them too."

A Nova High School student was arrested Thursday and charged with false report of bomb or explosion, according to the police report. 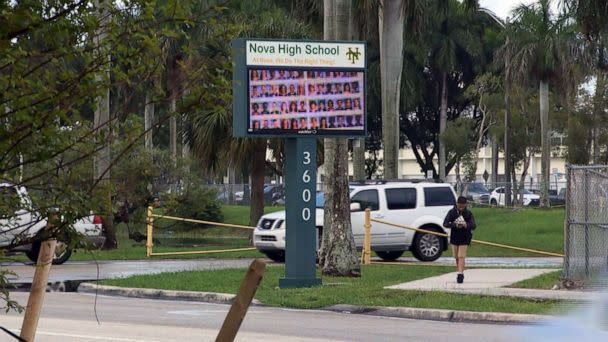 (MORE: 'Joke or not, these types of comments are felonies': Police arrest Florida teen for online threat)

The high schooler allegedly admitted to police that he wrote the post and shared it on the app, the report said.

The student allegedly told officers "he did not have any intent in following through with the threat, but that he was expressing how he felt emotionally" and "wanted people to feel the pain he felt," according to the report.

Meanwhile, near Tampa, a 12-year-old girl was arrested Thursday for allegedly making a school shooting threat on Snapchat.

At about 11:30 a.m. Thursday, a student at Barrington Middle School told a school resource deputy about a threatening Snapchat post, according to the Hillsborough County Sheriff's Office

According to authorities, the post said: "Dear bms students I will be shooting that skool [sic] up September 3 2019 be ready say your goodbyes to you're [sic] family." 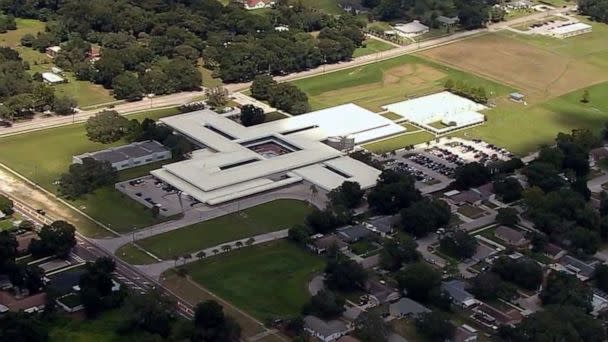 The 12-year-old allegedly admitted to sending and later intentionally deleting the Snapchat and is facing a felony charge of making a written threat to kill, do bodily injury or conduct mass shooting or act of terrorism, authorities said.

"The Hillsborough County Sheriff's Office takes all school threats, verbal, written or posted to social media, very seriously," Sheriff Chad Chronister said in a statement. "We have a zero-tolerance policy. It is important for parents to know what their children are posting online. If you make a school threat, of any kind, you will be arrested and charged accordingly."

Wasn't it just the other day, in Florida again, where a 15 year old said he was going to do the same thing?  The police found him.  Mom said it was just a joke, that he wasn't a killer.  They asked if his mom had a gun, she said yes, they arrested him.

I think these are cries for help

Most likely Trout, but sometimes just for the attention.

At least they were ended with arrests rather than deaths.