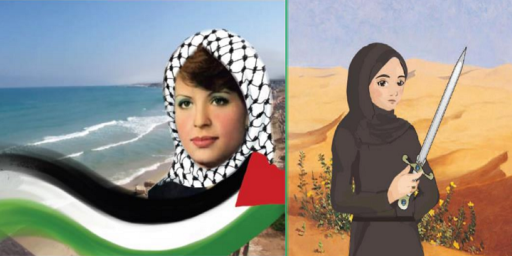 In a historic first, the UN Committee on the Elimination of Racial Discrimination (CERD) urged the PA to combat “hate speech and incitement to violence,” pointing out that some textbooks used in Palestinian schools “fuel hatred” and “may incite violence” and “antisemitism.”

The CERD further called on the Palestinians to “remove any derogatory comments and images from school curricula and textbooks that perpetuate prejudices and hatred.”

In addition, the panel found that Palestinians laws and policies failed to implement UN treaties on racism, or to properly investigate complaints for acts of racial discrimination.

The 18 independent experts reviewed the Palestinian record and those of six other countries at a session that ended on Thursday, when they issued   their findings .

UN Watch — one of the NGOs that briefed the committee on the Palestinian record — said in a statement on Friday that it “commends the UN experts for calling on the representatives of [PA] President Mahmoud Abbas to take action against antisemitism in Palestinian textbooks, and for spotlighting the mistreatment of minorities in Palestinian-controlled areas.”

What with admitting the corruption in UNWRA, and now this, is it conceivable that the UN is actually becoming less biased?

Dear Brother Buzz: When they hot rock bottom, no where else to go but up.

Let's encourage them to make this a permanent trend.

Good for their image.

Best for one and all.

is it conceivable that the UN is actually becoming less biased?

I never thought I'd see the day they'd condemn the Palestinians for anything! I had to live 67 years to see it happen!

A great move by the UN.   Totally useless in reality, but great none the less.   Of course, any "urging" of the Palestinians on the part of the UN will be ignored by the Palestinians and very likely will be cause to increase their fanaticism.

A great move by the UN.

Yep.  I was amazed to see a UN report on anything in the Middle East that did not condemn Israel.  Somebody over there in New York must be asleep.

XDm, it's time now for the Israelis to wake up and remember the class of enemies who are the most peaceful.....dead ones.

On its face, this seems like a small thing, but given the UN's record of ignoring Palestinian hatred and atrocities over the last several years - while simultaneously dog-piling on Israel - this gesture is actually kind of stunning.

If Americans knew..the type of hatred that exists in Palestinian society they'd probably be shocked. Its been known by those well informed individuals in the U.S., but Arab propaganda, fueled by YUGE amounts of money by Big Oil, has kept the truth down for the most part.

However, as mentioned, many of those who are better informed have spoken out about this for some time. To cite but one example, here's what Hillary Clinton to the U.S. Senate said a while back:

Buzz-- sorry for posting the YouTube video. While I doubt you can find it on a site you can view, if you want to search for it, try that title:

Although I can't open YouTube videos, I appreciate being told what it is, as you have done, when one is posted on a seed or article that I am obligated to moderate.