Israa Ghareeb: A Palestinian woman who lost her life in the name of ‘honor’

community » Discussions » Category » News & Politics » Discussion » Israa Ghareeb: A Palestinian woman who lost her life in the name of ‘honor’

When 21-year-old Israa Ghareeb, a makeup artist from Bethlehem, went out to dinner with her fiancé and his sister, she did not think that the meeting would trigger a horrific turn of events which would lead to her death. 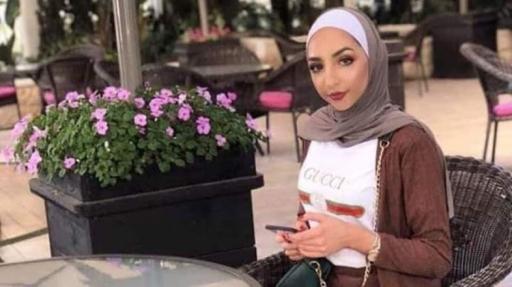 When 21-year-old Israa Ghareeb, a makeup artist from Bethlehem, went out to dinner with her fiancé and his sister, she did not think that the meeting would trigger a horrific turn of events which would lead to her death.

Ghareeb had posted a video of their outing on a social media platform. Her friends allege that the video angered her cousins and uncle, who told the young woman’s father and brother that their daughter had dishonored the family by going out in public with a man before they were officially married.

Based on a video recording which later circulated on social media, it seems Ghareeb discussed the family’s criticism with her cousin via voice notes on WhatsApp. In the video, Ghareeb is heard recording her mother, who says that she had given her daughter permission to go out with her fiancé and his sister.

Despite this, on August 10 Ghareeb was admitted to the Beit Jala Governmental Hospital with a broken spinal cord, according to a Facebook post by a doctor who was on shift that day. Social media users allege that her injuries were caused by her father and brother physically attacking her.

in a widely-shared video, Ghareeb is heard screaming amid the sounds of loud thuds, suggesting that she was being beaten aggressively. Online commentators have alleged that the video captures the sound of Ghareeb’s family inflicting fatal injuries on her.

The encyclopedia Britannica defines an honor killing as “the murder of a woman or girl by male family members. The killers justify their actions by claiming that the victim has brought dishonor upon the family name or prestige.”

According to the United Nations, 5,000 honor killings occur globally every year. However, Husseini claims that the accurate number is much higher since many cases of honor crimes go unreported.

There was a seed about euthanasia last week and people started arguing that we treat our dying pets better than we treat dying people,

which led to the usual  comments that people are NOT animals, you know because of God and our souls and communication skills.

Ghareeb's story is just another in a long line that proves that we are just that, animals.

Not all of us are animals.  Some of us have very big hearts and souls that cry for the many Israas.

I see both your and SP's point.

This is what happens when extremism takes over of any type. It defies logic, intellect, and the heart.

I can't imagine being murdered by my loved ones. The ultimate horror.

I can't imagine being murdered by my loved ones.