But there was another critical, and secret, reason why those locations and diplomats were targeted. 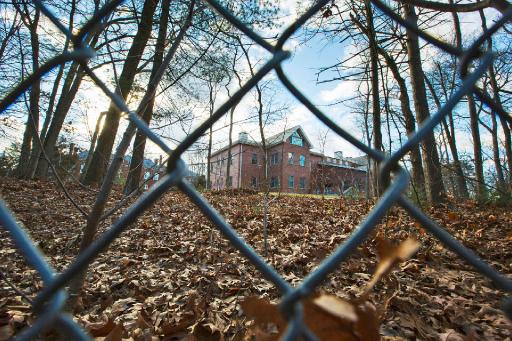 On Dec. 29, 2016, the Obama administration announced that it was giving nearly three dozen Russian diplomats just 72 hours to leave the United States and was seizing two rural East Coast estates owned by the Russian government. As the Russians burned papers and scrambled to pack their bags, the Kremlin protested the treatment of its diplomats, and denied that those compounds — sometimes known as the “dachas” — were anything more than vacation spots for their personnel.

But there was another critical, and secret, reason why those locations and diplomats were targeted. Both compounds, and at least some of the expelled diplomats, played key roles in a brazen Russian counterintelligence operation that stretched from the Bay Area to the heart of the nation’s capital, according to former U.S. officials.

The operation, which targeted FBI communications, hampered the bureau’s ability to track Russian spies on U.S. soil at a time of increasing tension with Moscow, forced the FBI and CIA to cease contact with some of their Russian assets, and prompted tighter security procedures at key U.S. national security facilities in the Washington area and elsewhere, according to former U.S. officials.

It even raised concerns among some U.S. officials about a Russian mole within the U.S. intelligence community.

American officials discovered that the Russians had dramatically improved their ability to decrypt certain types of secure communications and had successfully tracked devices used by elite FBI surveillance teams . . .

American officials discovered that the Russians had dramatically improved their ability to decrypt certain types of secure communications and had successfully tracked devices used by elite FBI surveillance teams. Officials also feared that the Russians may have devised other ways to m

onitor U.S. intelligence communications, including hacking into computers not connected to the internet. Senior FBI and CIA officials briefed congressional leaders on these issues as part of a wide-ranging examination on Capitol Hill of U.S. counterintelligence vulnerabilities.

but Trump yearned for Putin.

I remember when Obama sent their "diplomats" home, and wasn't it Tillerson (the one who said Trump's a fckn idiot) who somehow convinced Putin to not retaliate, or have a mixed up the ones from Trump's administration who've had such flattering comments, and or ANYTHING RUSSIA, cause we know Trump can't say a negative word about Putin and was forced to implement sanctions, that took over a year . ? ! : ; '. , /?

Putin could care less about sanctions.  He is worth 70 billion and when his people are starving and tired of his shit, he will just take the money and run.  He can probably get Epstein's island at a good price.

You think Putin will run?

The man is as power hungry as they come. He didn't get to the position he is in by backing down.

All he has to do is keep the Russian military happy. It is not like Russia allows anyone outside of Russian citizens to own guns; and then they are very strict on the amount and type.

He won't run.  He'll just have the ballot boxes stuffed.

There will come the time when he just doesn't think all of it is worth it and just get away.

These compromises, the full gravity of which became clear to U.S. officials in 2012, gave Russian spies in American cities including Washington, New York and San Francisco key insights into the location of undercover FBI surveillance teams, and likely the actual substance of FBI communications, according to former officials.

They provided the Russians opportunities to potentially shake off FBI surveillance and communicate with sensitive human sources, check on remote recording devices and even gather intelligence on their FBI pursuers, the former officials said.

File this one under, "news you'll never see on fox news*".

And don’t expect any MSM to report if our intelligence agencies are doing the same to them. The truth comes from people like Edward Snowden.