Allah, we ask you to use all your might and power against the Kafir.

The American Airlines mechanic authorities say sabotaged a jetliner's by tampering with a plane's navigation system just before takeoff was denied bail Wednesday after prosecutors said he had an ISIS propaganda video showing graphic murders on his cellphone.

Authorities in Miami have charged Abdul-Majeed Marouf Ahmed Alani with one count of willfully damaging, destroying and disabling an aircraft earlier this month, and he initially told investigators he did it because he was frustrated with a union dispute and wanted more overtime.

The government said in court Wednesday, according to WPLG, that investigators found an ISIS propaganda video he had downloaded on his cellphone showing the graphic murders and then shared it with another person along with a message that said something similar to “Allah, we ask you to use all your might and power against the Kafir.”

Kafir is another word for “infidel” or non-believer -- prosecutors at this time, however are not charging Alani with any terrorism-related crime.

According to ABC News affiliate WPLG, prosecutors in court said another American Airlines employee came forward to say that Alani also had taken a trip to Baghdad and Mosul to visit his brother, who allegedly is in ISIS.

Alani’s roommate said that trip was because Alani’s brother had been kidnapped, but photos from the trip on his phone show him smiling and posing with family members, and he does not appear to be in distress, prosecutors say.

Judge Chris McAliley, said “What you did was at minimum highly reckless, it was unconscionable," and she said the evidence before her suggest he may be at least sympathetic toward terrorists.

WPLG reports that prosecutors say he said “out of my evil side” he wanted to figure out if he could delay a plane and he picked that one to sabotage.

According to the criminal complaint, Alani allegedly drove an airline pickup truck to an aircraft slated to take off in just a few minutes to the Bahamas on the morning of July 17 at Miami International Airport. The plane had 150 passengers and crew on board, court documents say.

While still on the runway, the pilots were alerted something was wrong with the plane, aborted takeoff and returned back to the gate. It was then, court documents say, other American Airlines mechanics found the parts were disconnected and "appeared to have been deliberately obstructed with what appeared to be a dark Styrofoam-type material."

American Airlines security notified the FBI after reviewing security camera footage from the day, court documents say. Authorities say the footage shows Alani allegedly accessing the part of the aircraft where the tampered parts are located for seven minutes, and the complaint notes that there was no report of a previous mechanical issue or work order of the aircraft.

Three other people who were seen on the surveillance footage getting into the truck with Alani were interviewed by law enforcement and identified Alani, documents say.

When he was interviewed by law enforcement, court documents say, he admitted that he was driving the truck and allegedly tried to sabotage the aircraft, but said he didn't mean to cause any harm to those on board.

"He further admitted that he inserted a piece of foam into the ADM's (aircraft's) inlet where the connects and that he applied [Super Glue] to the foam so as to prevent the foam from coming off," court documents say.

The FAA issued an emergency order Monday revoking the mechanic certificate for Abdul-Majeed Marouf Ahmed Alani, according to a FAA spokesperson. The revocation was effective immediately and generally lasts for one year.

Alani also made mistakes when he worked for Alaska Airlines, according to a lawsuit Alani filed against the airline after his firing. The complaint mentioned Alani's certificate was suspended by the FAA for a month in March 2009 after Alani was accused of erroneously installing an unserviceable battery in an aircraft.

what idiot airline would hire this clown now ?

hopefully they keep him in jail.

what idiot airline would hire this clown now ?

His mechanics license has just been revoked.  What a relief! /s

He also worked for Alaska Airlines where his skills were often called into question.  For a period of time, he worked simultaneously for both airlines.  The implication behind that is interesting.  If he began 'experimenting' while working for both airlines, and then was fired from Alaska Airlines for making too many 'mistakes',  American Airlines would have never known about his history because he was already working for them.  If I am not mistaken, American didn't know that when he was first hired, that he was still working for Alaska Airlines.  They found out just recently.  I need to double check that information. 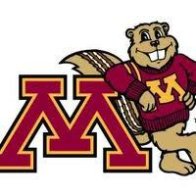 Well glad this guy was caught and now can have the terrorist link explored. so if confirmed he can be locked up for a long time. if it is not confirmed i would hope that even after his license revocation passes, that a back grounding check will not allow him to work on any more planes anywhere. its so scary to think he would risk so many peoples lives for something that is probably as simple as just asking a supervisor to come in on a day off.

so scary and sad.

its so scary to think he would risk so many peoples lives for something that is probably as simple as just asking a supervisor to come in on a day off.

The government said in court Wednesday, according to WPLG, that investigators found an ISIS propaganda video he had downloaded on his cellphone showing the graphic murders and then shared it with another person along with a message that said something similar to “Allah, we ask you to use all your might and power against the Kafir.

I'm pretty sure his beef is with anything United States-related, and that would include the passengers and crew on that airplane.

He wanted more overtime....Well OK, you can get all the overtime you want in prison. I believe it's called ''hard time'' in prison, not overtime.

Well OK, you can get all the overtime you want in prison.

What seems odd to me is that this happened in July.  The first article I read in relation to it was, I think, in mid August.  In that article, it mainly discussed the union issues, and never gave this guys name.  When I searched for an update a week or so later, his name was given.  When I saw his name, I immediately thought of all my friends who are still flying today.  Believe it or not, here are occasions where stereotyping might be appropriate.

"...he admitted that he was driving the truck and allegedly tried to sabotage the aircraft, but said he didn't mean to cause any harm to those on board."

And I guess the court believed him. There had to be 150 passengers and crew dead before the court would think he wasn't intending to kill all those infidels.

But don't worry, the "Squad" and CAIR will come to his rescue.  Omar has already been known to try to get the sentences of terrorists reduced.

Omar has already been known to try to get the sentences of terrorists reduced.

I hope that isn't the case.  Do you have a link?

Do you have a link?

Omar, who has been under fire for not backing down from anti-Israel rhetoric, and who accused the Covington Catholic H.S. teens on Twitter of "taunting 5 Black men before they surrounded Phillips and led racist chants" (she has since deleted the false accusation), and then accused President Trump of backing a "coup in Venezuela" and installing "a far right opposition" opposed to Socialist Dictator Maduro is now getting heat for a letter that she wrote to a judge in 2016 defending a Minnesota man caught trying to join the terrorist organization ISIS.

Omar wrote on behalf of Abdirahman Yasin Daud, who was one of two young men arrested in San Diego in April 2015. Daud was one of nine people arrested for trying to join ISIS. He was caught trying to purchase fake passports to travel to Syria.

Daud was found guilty of conspiring to provide material support to a terrorist organization, and conspiring to commit murder overseas. He was sentenced to 30 years in prison.

(Story is from ABC)

Praise be to Allah, religion of peace.