In addition to the bleach, the group of four also attempted to shave his eyebrows and tried to stuff a banana up his nose. They then attempted to wash off the bleach before carrying him back to a couch to sleep.

A "vulnerable" man with learning difficulties was found dead after friends poured bleach on his head in a drunken prank, an inquest heard—Britain's mandatory court hearings surrounding any death to establish cause of death.

Martyn Evans, 25, from Bristol, spent the evening drinking "heavily" with friends before he became too intoxicated and the friends decided to have "a bit of fun" at his expense.

Avon Coroner's Court heard that two men and two women, all between the ages of 25 and 30, were involved in the antics that preceded Evans's death—filming their actions on cell phones as they went.

In addition to the bleach, the group of four also attempted to shave his eyebrows and tried to stuff a banana up his nose. They then attempted to wash off the bleach before carrying him back to a couch to sleep.

Paramedic Gareth Harper gave evidence at the hearing in Bristol this week, stating that Evans was cold to the touch when he arrived, with vomit on his trousers and feet.

Toxicology investigations presented at the court also showed that Evans had 255 milligrams of alcohol in 100 milliliters of blood—equivalent to three times over the legal drink-drive limit.

Despite the excessive levels of alcohol, Dr. Peter Harrowing, the coroner (equivalent to judge) in the case, stated that this was not sufficient to kill Evans, upon taking the advice of the forensic pathologist.

He also ruled that it could not be established with sufficient confidence the bleach was the cause of Evans's death, stating there was nothing in the results to suggest he had ingested or inhaled any significant quantity of bleach. As such, the ruling in the case was recorded as "unascertained." 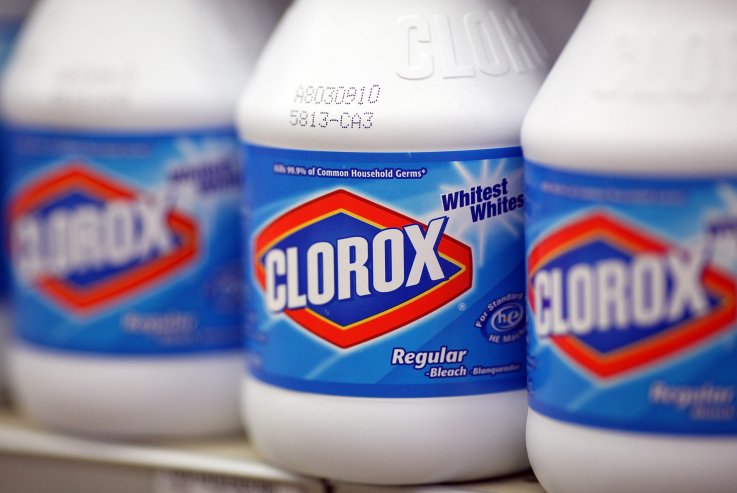 Martyn Evans, 25, of Bristol, was found dead on a friend's couch after friends poured bleach on his head in drunken prank.   Getty


Dr. Harrowing also went on to criticize the four individuals involved in the case.
"I find the behavior of these individuals towards Martyn Evans, a vulnerable adult, appalling," he said, reported   BristolLive .

Each was handed an 18-month community order, with requirements to attend rehabilitation programs.

What you and your friends do in private is none of our business.

In the many, many, many times I've been drunk never once have I thought pouring bleach on someone would be good for a giggle.

What a horrible story. People are just out of their minds.