During what seemed to be an extended tirade, the president fired off an extensive  tweetstorm  before the meeting, then gave 17 minutes of monologues to reporters in an Oval Office meeting while Finland’s president sat quietly. Trump then ranted at reporters at a joint  White House  news conference, including telling one reporter not to be “rude” when the journalist asked for an answer to his question.

The Finnish president was cool and collected throughout, seeming at times a bit keen for it all to be over:


At the beginning of the joint news conference, when Trump made a joke about “all the press that you attract,” Niinistö was quick to reply: “They are not after me.”

And at one point, the Finnish president can be heard laughing at the moment some have called the pinnacle of the meltdown ― when Trump, growing increasingly agitated, refused to answer Reuters White House reporter Jeff Mason’s question and demanded that he ask Niinistö a question instead:

The Oval Office meeting and White House news conference were both so jam-packed with stunning moments that Twitter, of course, erupted into an enormous meme-fest, with #TrumpMeltdown trending at No. 1 for some time.

Can't see this in most of the TV feed, but Trump's long-winded bonkers rant against Pelosi and Schiff moments ago happened while the Finland president was just sitting there waiting quietly

The president of Finland during all that 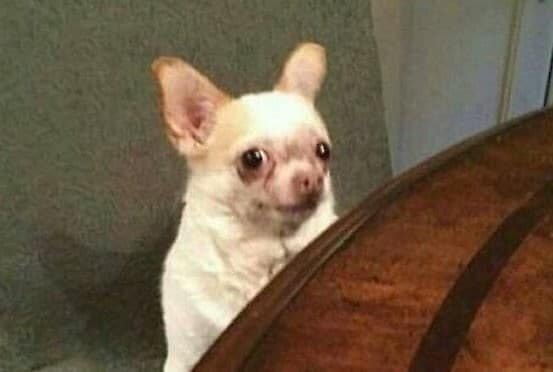 You need to check out the seeded content to see all the tweets and back and forths but this one above I think is my freaking favorite!!!!

it was absolutely embarrassing for the United States

Undeniable. All while Putin was garnering laughs while 'joking' about interfering in the 2020 election. At some point the hilarity offered at our expense needs to give way to grave concern.

At some point the hilarity offered at our expense needs to give way to grave concern.

I have hope that that time is coming soon. His performance yesterday was just the harbinger of things to come. As evidence is presented and as the noose further tightens, the rants will become even more frenetic. It will get to the point that the GOP can no longer publicly ignore the fact that this man is unfit for the job at hand. Unfortunately, things will only get worse until that realization sinks in. This has devolved from the uncomfortable to the absurd to the surreal.

Once again, our POTUS is an embarrassment to the USA. I watched the presser and trump lied the entire time.

The Finnish president has stories to tell.

All in all, I imagine being around the Trump is tiring and boring.  Waiting for the bell is paramount in the thoughts of those that have the grave misfortune of having to endure the presence of the hair spray MAGA head.