“Finally bending to the White House request, Mr. Zelensky’s staff planned for him to make an announcement in an interview on Sept. 13 with Fareed Zakaria, the host of a weekly news show on CNN.”

Trump almost got away with it. All praise to the whistleblower.

According to a  report  from the  New York Times , which cited testimony from  William B. Taylor Jr. , “the top American diplomat in Ukraine,” President Trump “wanted the Ukrainian president to speak on CNN.”

“But aides to Mr. Zelensky, on high alert to avoid any move that might irritate Mr. Trump, wondered if that was such a good idea, in that Mr. Trump habitually called CNN ‘fake news’ in his Twitter posts,” the  Times  reported, adding that, “Nearly all Mr. Zelensky’s top advisers” allegedly “favored his making the public statement.”

“United States military aid, they agreed, as well as diplomatic backing for impending peace talks to end the war outweighed the risks of appearing to take sides in American politics,” the  New York Times  further reported, noting, “Finally bending to the White House request, Mr. Zelensky’s staff planned for him to make an announcement in an interview on Sept. 13 with  Fareed Zakaria , the host of a weekly news show on CNN.”

This interview would have gone ahead if it weren’t for “events in Washington” which “saved the Ukrainian government from any final decision and eliminated the need to make the statement,” the  Times  explained: “Word of the freeze in military aid had leaked out, and Congress was in an uproar. Two days before the scheduled interview, the Trump administration released the assistance and Mr. Zelensky’s office quickly canceled the interview.”

Another transcript came out today by another long time U.S. diplomat saying that the Trump administration was way out of line.

Thanks for all those complex details!

Does that mean you now grasp the meaning of those details, and that you've come to agree with John and others that Trump has dishonored the office of the President?

I have a question for all you die hard Trump supporters

If President* Trump was only concerned about corruption in Ukraine, why did he demand that an announcement about Biden be made by the Ukranian president on an American cable news channel, or any television show?

No one really gives a shit about the house democrats ridiculous attempt to impeach with the fake whistleblower John.

Have you read about the little beta male hack who worked with Schiff to start this whole thing off?

This hoax is on par with the Russia hoax. People are tired of it. Why not just get an actual platform that Americans actually like and run on it. It would be easier than running cover for a bunch of unelectable moonbats.

Wouldn't that be easier?

" Sen. Bernie Sanders, I-Vt. , on Thursday released a sweeping immigration plan that would impose a moratorium on deportations, "break up" existing immigration enforcement agencies, grant full welfare access to illegal immigrants and welcome a minimum of 50,000 “climate migrants” in the first year of a Sanders administration."

No one really gives a shit about the house democrats ridiculous attempt to impeach with the fake whistleblower John.

So you have chosen to completely ignore all the Trump administration witnesses that have come forward and testified, under oath, corroborating the whistleblower's claim, and even expanding upon it?

Notice BF cannot combat the seed with any facts. He is offering the famous rallying cry of dedicated Trumpsters everywhere -   "I (Trump) did it. So what?"

e is offering the famous rallying cry of dedicated Trumpsters everywhere -   "I (Trump) did it. So what?"

It's amusing to watch Democrats, who excused an actual  felony with that rallying cry, act indignant about  that defense.

corroborating the whistleblower's claim, and even expanding upon it?

Got proof other than some bullshit that was shoveled out to the press?  The actual testimony?

This tell me that either you do not read newspapers or magazines, watch television news, or are in a country that does not broadcast American news stories.

Acting ambassador says it was his ‘clear understanding’ U.S. military aid would not be sent until Ukraine pursued investigations that could help Trump

corroborating the whistleblower's claim, and even expanding upon it?

No witness has corroborated the claim. All they have done is give their opinions about what other witnesses have said.

The Ukrainians were not even aware funds were being held back, which happened before Trump's phone call

This tells me you feed off bullshit liberal media. Mick Mulvaney, lfmaoay.

Show me where a witness proved there was Quid Pro Quo? 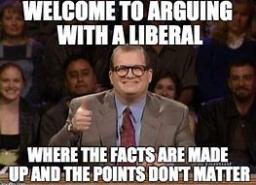 Why would anyone want to vote for the person who proposed that?

Democrats idea of "Justice", is all based on Conjecture, Innuendo, and I heard it from my dad's friends sisters mothers aunt !

Thank you for the whataboutism.

But hey, I'll play, what felony by whom?

Have you read about the little beta male hack who worked with Schiff to start this whole thing off?

No I haven't. Please provide a link.

BTW, if you aren't interested in this issue, why did you read that article and this seed?

When did he "demand"? He has no control over the Ukraine and it's President..........and they have said they weren't aware of any quid pro quo.

He has no control over the Ukraine and it's President

So you didn't read the articles cited then. Good to know.

So you didn't read the articles cited then. Good to know.

So you're saying Trump did not withhold 400 million dollars of aid for them to start an investigation of his political rival?

So you're saying Trump did not withhold 400 million dollars of aid for them to start an investigation of his political rival?

Why would that matter?

Why would that matter?

Again, why would it matter?  Simple question, surely you have an answer.

From the RCP link:

“The actual delay in aid was coming from the Pentagon as much as anybody else — because they didn’t know about the [Ukrainian] president and whether he could be trusted,” Graham told reporters Wednesday after reviewing the transcript of a discussion July 25 between the two leaders and referring to Zelensky, who had just won election.

That is a LIE.

The DOJ, per statute, submitted a letter which clears the military aid for release in May 2019 and on June 18, 2019 the Pentagon announced in a online press release that they were providing Ukraine with $250 million is military aid.

There isn't one iota of credible evidence that either the DOJ or the Pentagon suddenly change their position after that.

The political appointee at the OMB withheld the aid at Trump's bidding. PEROID, full stop.

Graham has abdicated his duties as a Senator and especially as the Chairman of the Judiciary Committee.

By refusing to acknowledge DOCUMENTED evidence Graham is proving that he is willfully obtuse.

By disseminating BULLSHIT he has proven that he's trying to gaslight the American people.

As for your other link, of what possible relevance is Kelly Anne Conway's tapdancing around the issues?

I've got to hand it to the "Forever Trumpers" here on this site.  They get bludgeoned with the truth everyday from under oath testimony about the impeachable Trump offenses, and they still stick to their Fox/Brietbart talking points.

I guess the willingness to give up the personal moral qualities of being truthful, and honest go hand in hand with accepting the lies from those that are not, in order to stay in political power.  They just don't have the character to admit that they've been wrong about Trump all along....America be dammed.