It took 11 minutes before the object was 15 minutes from the Capitol, the range that causes the alert to go to "Aircon orange." This suggested that the blob was moving slowly. The speed of the object combined with the fact that it appeared on radar, then dissipated, led some to speculate it may have just been a flock of birds despite a Pentagon spokesman initially telling CNN that an aircraft was involved.

Washington (CNN)The mysterious  "slow-moving blob"  detected in the skies over Washington Tuesday prompted a frantic response from security officials on the ground as they raced against the clock to assess the potential threat.

From the moment the object was picked up on radar, US officials across several agencies only had about 10 minutes to determine whether American lives were in danger and respond accordingly.

Senior national security officials across the agencies immediately convened to coordinate and monitor the situation, ordering a lockdown at the White House and the Capitol Building to be placed on "restricted access" as a precaution.

A Capitol Police source told CNN the US Capitol went to "Aircon yellow" at 8:27 a.m., ET, when the object was first identified. AIRCON is the alert status triggered when an aircraft enters the restricted airspace in Washington without authorization.

It took 11 minutes before the object was 15 minutes from the Capitol, the range that causes the alert to go to "Aircon orange."

This suggested that the blob was moving slowly. The speed of the object combined with the fact that it appeared on radar, then dissipated, led some to speculate it may have just been a flock of birds despite a Pentagon spokesman initially telling CNN that an aircraft was involved.

Asked during the early stages of the event if the object could be a drone, one source told CNN: "Still not known. A bog slow-moving blob of something. I bet it was a big flock of birds seen on radar."
But military aircraft were scrambled anyway, which has been a consistent step taken in such situations following 9/11.

Erring on the side of caution

While the US maintains sophisticated radar and sensor technology that is operated by well trained operators, security officials err on the side of protecting key national assets if they are unable to immediately identify a "blip or "blob", according to retired Air Force Col. Cedric Leighton, a CNN military analyst.

"No matter how good the technology, no matter how well sensor systems are integrated, there's always going to be a time factor. If the unidentified radar image is on a direct path to the White House or the US Capitol and it's only a few miles away from those buildings, commanders are going to make a split second decision to scramble jets in an effort to prevent a possible attack especially if they don't have a positive ID of the target," he told CNN.

"Normally, any time there's a perceived threat to any major DC-area federal building (like the White House, Capitol or Pentagon), the tendency after 9/11 is to react first and assume the worst," Leighton added. "Air defense commanders may well order fighters to be scrambled in an effort to protect our institutions and key people. They have strict protocols for how they handle these situations."

And that seems to have been the case on Tuesday as a US official told CNN that the Federal Aviation Administration did not see any aircraft on its radar.

Air Traffic Control audio reviewed by CNN revealed that a pilot using the callsign "Blackjack" was able to quickly determine that there did not appear to be an aircraft in the area that posed an immediate threat.
US Capitol Police spokeswoman Eva Malecki said on Tuesday that "access to Capitol Complex buildings was restricted for a short time" out of an "abundance of caution" and that the situation was cleared about 45 minutes after the report of a possible aircraft in restricted space.

The lockdown at the White House was also lifted shortly after the all clear was given.

But a staffer who was monitoring developments after arriving at the Capitol just as the warning was given told CNN that lawmakers and staff were largely kept in the dark about what was happening, causing confusion and concern for those 45 minutes.

"Officers had no information, and there was zero communication to members of the Capitol Hill community as the situation was unfolding," the source said.

"This was a massive failure of communication to inbound congressional staff from the SAA and USCP, in a situation that was being dealt with as a very credible threat," they added.

After the fact, CNN has also learned that Capitol Police sent a text to individuals working on Capitol Hill acknowledging communication must be improved.

A challenge for radar operators

Military officials have told CNN they believe the object was not an aircraft or drone but are still analyzing all possibilities, including whether the blob seen on radar was caused by birds or an atmospheric anomaly.
While Leighton said that the response Tuesday was appropriate given the small window of time for commanders to make a decision, he also told CNN that "a trained radar operator should be able to differentiate between a flock of birds and an aircraft."

"But this mistake is actually a fairly common one. How the flock of birds appears on a radar screen can be very similar to the radar 'look' of a small aircraft," he said.

And while there are several different technical means for verifying whether a radar target poses a real threat or is an atmospheric anomaly or another natural occurrence, Leighton said Tuesday's incident highlights a potential problem for radar operators in the future.

"There's quite a bit of talk about some rogue states (like Iran) as well as terror groups using swarms of drones to conduct attacks. Such attacks could show up on radar as a "blob" and that would make it really difficult to get a positive ID on such a radar target," he said.

"So, it's definitely possible that a future situation in which a radar "blob" like the one we saw yesterday could mask an attack. It's something we'll have to be prepared for," Leighton added. 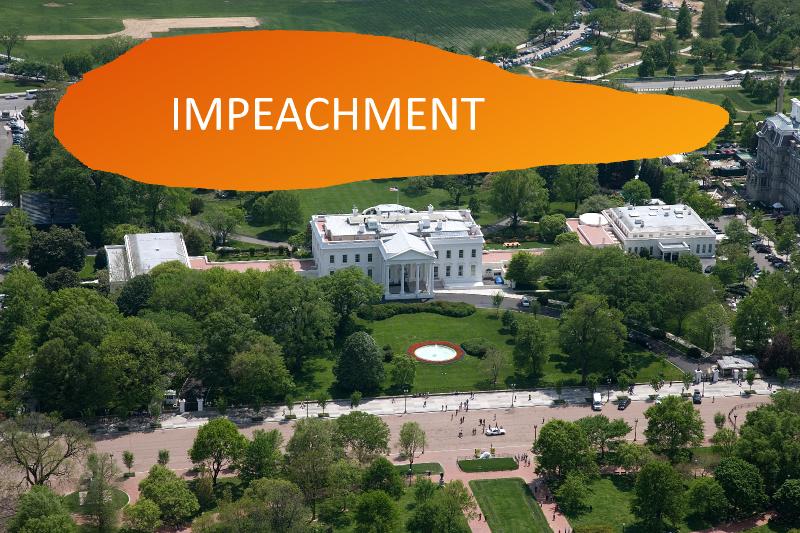 Ah yes a flock of Loons.

My first thought...orange blob?  Maybe a Baby Trump balloon was on the loose.

Was icecream involved? I once heard he got 2 scoops while everyone else only got one.