Former National Security Agency director and retired Adm. Michael Rogers has met multiple times with U.S. attorney John Durham as part of an ongoing probe into the origins of the counterintelligence investigation into the 2016 Trump campaign,   The Intercept  reported Friday.

Rogers, who served as NSA director under Obama and Trump, “has cooperated voluntarily,”   according   to sources. Durham, who did   not agree   with DOJ inspector general Mike Horowitz’s report on the predication of the FBI’s Crossfire Hurricane investigation, is also looking into   what role   former CIA director John Brennan played in the 2017 intelligence community assessment that detailed Russian interference in the election.

The   assessment , compiled by the FBI, the CIA, and the NSA, stated that Vladimir Putin “ordered an influence campaign” that “aspired to help” Trump and discredit Clinton. While the FBI and the CIA had high confidence in the conclusion, Rogers’s NSA reported a moderate confidence and was the “lone exception,” as Brennan testified in May 2017.

Rogers, who retired in May 2018, played a central role in addressing FISA abuses of Section 702 — which allows the government to acquire counterintelligence by surveilling foreign persons.

According to a FISA court   ruling   declassified in April 2017, a Rogers-ordered audit found violations in “approximately eighty-five percent” of Section 702 searches from November 1, 2015, to May 1, 2016. The violations were mainly linked to a practice known as    “upstream” surveillance   in which NSA agents use a search tool to collect any communications that mention the target.

After learning of the issue Rogers subsequently shut down the “about query” tool on October 21, 2016, the same day the FBI received a FISA warrant to surveil Trump-campaign adviser Carter Page, and then told the FISC of his findings three days later.

After former DNI James Clapper recommended to Obama that he be removed, Rogers   travelled   to Trump tower to meet with the president-elect Trump without informing his supervisors on November 17, 2016. Later that day, the Trump transition team announced it was shifting its operations to Trump National Golf Club in New Jersey.

Former head of the NSA? Looks like he may be helping John Durham put together the pieces of operation elect Hillary and destroy Trump.

He went to Trump tower to say you are being spied upon by your own government. This is when the New York Times broke the story and lied. We now know they were in fact spying on his campaign.

Some people did something......

And the deep state renegades still within the Obama regime savaged him furiously when he went to Trump secretly and spilled the beans about what the rest were up to. Rogers deserves the medal 🏅 of Freedom for what he did and is doing.

Some people did something......

BTW: " Justice Collyer the head of FISC was told face to face by Admiral Rodgers, NSA Secretary that fraud had happened on her court in Oct. 2016. Rep Meadows told her in 2017 and Nunes twice in 2019. Since 2016 she ignored them.

Now, she announced her retirement. 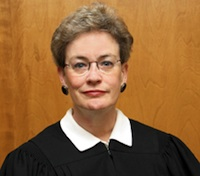