Justice Dept. winds down Clinton-related inquiry once championed by Trump. It found nothing of consequence.

The effective conclusion of his investigation with no criminal charges or other known impacts is likely to roil some in the GOP who had hoped the prosecutor would vindicate their long-held suspicions about a political rival.

A Justice Department inquiry launched more than two years ago to mollify conservatives clamoring for more investigations of Hillary Clinton has effectively ended with no tangible results, and current and former law enforcement officials said they never expected the effort to produce much of anything.

John Huber, the U.S. attorney in Utah, was tapped in November 2017 by then-Attorney General Jeff Sessions to look into concerns raised by President Trump and his allies in Congress that the FBI had not fully pursued cases of possible corruption at the Clinton Foundation and during her time as secretary of state, when the U.S. government decided not to block the sale of a company called Uranium One.

As a part of his review, Huber examined documents and conferred with federal law enforcement officials in Little Rock, Ark., who were handling a meandering probe into the Clinton Foundation, people familiar with the matter said. Current and former officials said that Huber has largely finished and found nothing worth pursuing — though the assignment has not formally ended and no official notice has been sent to the Justice Department or to lawmakers, these people said.

The effective conclusion of his investigation with no criminal charges or other known impacts is likely to roil some in the GOP who had hoped the prosecutor would vindicate their long-held suspicions about a political rival. Trump, though, has largely shifted his focus to a different federal prosecutor tapped to do a separate, special investigation: U.S. Attorney in Connecticut John Durham, who Attorney General William P. Barr assigned last year to explore the origins of the FBI’s 2016 probe into possible coordination between the Trump campaign and Russia.

That FBI investigation was being supervised by special counsel Robert S. Mueller III in late 2017 when Trump and his supporters were pressuring senior law enforcement officials to appoint a second special counsel to pursue Clinton.

“Everybody is asking why the Justice Department (and FBI) isn’t looking into all of the dishonesty going on with Crooked Hillary and the Dems,” the president tweeted at the time.

Sessions did not appoint a second special counsel, but weeks later sent a letter to Huber telling him to “review” a wide array of issues related to Clinton. They included the Clinton Foundation and Uranium One matters, along with the FBI’s handling of the investigation into Hillary Clinton’s use of a private email server while she was secretary of state and alleged leaks by former FBI Director James B. Comey. At the time, the attorney general was facing persistent public and private criticism from Trump, who was upset over his recusal from the Russia probe.

Conservative lawmakers, particularly then-House Judiciary Chairman Rep. Bob Goodlatte (R-Va.) and members of the Freedom Caucus, were initially encouraged by Huber’s assignment, seeing it as a sign that Clinton faced new legal jeopardy. Huber was prosecutor with bipartisan credentials — having been named the U.S. attorney first by President Obama before he was retained in the Trump administration.

But from the start, senior officials inside the Justice Department viewed Huber’s task as unlikely to lead to anything of significance beyond appeasing those angry lawmakers and the president.

“We didn’t expect much of it, and neither did he,” said one person familiar with the matter who like others spoke on the condition of anonymity due to persistent political sensitivities connected to the 2016 election. “And as time went on, a lot of people just forgot about it.”

Clinton and her family have been subjected to significant law enforcement and other scrutiny over the years — though the various probes have mostly delivered reputational blows, rather than legal ones. When she ran against Trump in 2016, the FBI probed her use of a private email server to determine if she had mishandled classified information when she was secretary of state. Officials ultimately determined the case should be closed without charges. The State Department more recently concluded a multiyear probe of its own into the matter, but   concluded there was no systemic or deliberate mishandling of classified information by employees .

The Clinton family foundation has separately faced investigation over the years on vague corruption allegations, though so far those probes have not produced any charges.

Huber’s work has been distinct from a number of sensitive investigations into politically fraught cases, including Justice Department Inspector General Michael Horowitz’s probes of the FBI’s handling of the Trump campaign investigation, and the FBI investigation into how Clinton used the private email server. Those two investigations resulted in lengthy reports documenting FBI missteps and failures.

Huber’s assignment was separate from the ongoing investigation overseen by Durham, and Justice Department officials believe the Connecticut U.S. attorney’s work will be far more consequential. Durham is weighing whether to charge a former FBI lawyer for altering an internal email that misled other officials on a key fact related to surveillance applications to the Foreign Intelligence Surveillance Court. He is also looking into other issues surrounding FBI and CIA activities during the Russia investigation, according to people familiar with the matter.

Huber’s tasking was nebulous from the start. Some people involved in the matters he was said to be reviewing expressed surprise that they were not contacted by the U.S. attorney, and wondered privately what he was doing.

Some in the Justice Department considered him more reviewer than investigator. He would get involved, people familiar with the matter said, only if other cases were not being handled properly.

By the time Mueller filed his lengthy report in the spring of 2019, Huber’s work was largely done, these people said.

When Trump pushed Sessions out of the Justice Department in November 2018, Matthew G. Whitaker became acting attorney general. Whitaker, according to people familiar with the conversations, tried to push Huber to be more aggressive in his work, but Huber felt he had looked at everything he could and that there was not much more to do, these people said. Whitaker did not respond to messages seeking comment.

After Barr was confirmed as attorney general in early 2019, the department had still said nothing publicly about the result of Huber’s work, focusing instead on releasing Mueller’s findings.

Barr, who served as attorney general during the George H.W. Bush administration as well, was among the conservative voices in Washington who had previously suggested there was possible criminal wrongdoing in the Uranium One matter, though he tempered those comments during his confirmation.

Republicans questioned whether there was misconduct in the U.S. government’s decision to not block a 2010 acquisition in which Russia’s atomic energy agency, Rosatom, acquired a controlling stake in Uranium One, a Toronto-based company. The deal meant that Rosatom got rights to about 20 percent of the uranium extraction capacity in the United States.

Under obscure government rules, the deal required approval from a multiagency board because it involved giving a foreign government control of an American business commodity with national security implications. The board, called the Committee on Foreign Investment in the United States, or CFIUS, is composed of representatives from nine different agencies, including the State Department. Clinton herself was never on the CFIUS board.

In rare cases, CFIUS can decide to intervene and block a corporate merger or acquisition if the board feels the risk to U.S. national security is too great.

Conservatives questioned whether Clinton may have manipulated CFIUS to let the acquisition proceed, but current and former officials have denied that, saying such a decision was handled well below the level of the secretary of state.

Conservatives also demanded an aggressive investigation into whether wealthy individuals and governments may have made donations to the Clinton Foundation in the hopes of getting favors from the State Department. That investigation became the subject of escalating tensions within the FBI and Justice Department in 2016, and was restarted after the election, but has not gained traction, according to people familiar with the matter.

There is nothing left to "lock her up" for.

Fake Hoax not news blues for the GOP without clues 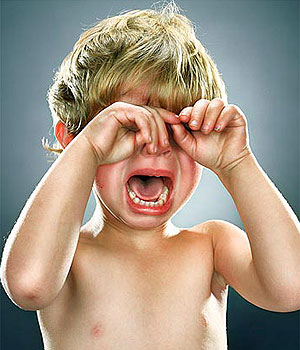 Did Hillary Clinton Give 20% of United States’ Uranium to Russia in Exchange for Clinton Foundation Donations?

Justice Dept. Winds Down Clinton-Related Inquiry Once Championed By Trump. It Found Nothing Of Consequence.

How shocking. The right has been screaming that she just HAD to have done SOMETHING illegal...but after 20 years of investigations? They haven't even been able to charge her with a parking ticket.