Anyone with a passport from one of those three regions, regardless of when they were last there, won't be allowed to board the cruise ships.

Royal Caribbean on Friday barred all travelers holding Chinese, Hong Kong or Macau passports from boarding its ships due to concerns over coronavirus.

The ban applies to anyone holding one of those three types of passports regardless of when the person was last in their home regions, the company said in a statement.

Additionally, regardless of nationality, any guest or crew member who has traveled to mainland China, Hong Kong or Macau, or been in contact with someone who has, less than 15 days before boarding won't be allowed to board the company's ships.

The incubation period for the coronavirus — the time it takes for a person to become ill after being exposed to it —   is believed to be no more than 14 days , according to the Centers for Disease Control and Prevention.

Royal Caribbean also said it will screen any guests prior to boarding who are unsure if they have had contact with anyone who has traveled to mainland China, Hong Kong or Macau, or who report feeling ill or who show flu-like symptoms. Anyone with fever or low blood oximetry will not be allowed to board.

The new rules were announced on a day when Royal Caribbean delayed the departure of a ship docked in New Jersey after four passengers from the prior cruise were taken to a hospital for coronavirus screening.

"In alignment with new stricter CDC protocols, we are tightening our measures to protect guests and crew. These steps are intentionally conservative, and we apologize that they will inconvenience some of our guests," the cruise line said in a statement.

Earlier Friday, 27 Chinese nationals on Royal Caribbean's Anthem of the Seas ship, which was returning to Bayonne, New Jersey, were screened for the virus.

One passenger who had a fever on the cruise was given Tylenol and the fever went away, Bayonne Mayor Jimmy Davis said.

That person and three others, who were under close observation for their health on the ship, were taken to the University Hospital in Newark, which has isolation rooms.

At least two of the four were taken off the ship on stretchers.

Twenty-three other Chinese nationals were screened after getting off the ship. They showed no symptoms and were headed to the Newark Liberty International Airport for flights back to China on Friday.

Anthem of the Seas said in a statement that it appreciates the "abundance of caution" shown by the CDC.

"We understand CDC intends to test samples from four guests for coronavirus. None of the four guests showed any clinical signs or symptoms of coronavirus while they were onboard our ship," the statement said. One had tested positive for the flu.

The four passengers taken to the hospital for close observation Friday had not been in China since Jan. 26, the statement said.

Aside from those four, all other guests on the cruise were able to disembark Friday as scheduled and without incident.

The cruise was scheduled to depart New Jersey again later Friday. But the ship announced that it would delay its departure for one day even though authorities had given it clearance to leave on schedule.

"To reassure concerned guests, we will delay our departure until tomorrow, when we expect to receive conclusive test results from CDC," the Anthem of the Seas' statement said. Travelers would get a credit to use on the ship for their missed day.

The ship is thoroughly sanitized before and after every sailing, and will add sanitizing of high traffic areas multiple times a day, along with additional medical staff, according to Royal Caribbean. Passengers and crew will have access to free consultations with the medical staff during the trip.

Davis said he was told that none of the 27 people screened for the virus are from Wuhan, the epicenter of the outbreak, or have traveled there recently.

New Jersey Gov. Phil Murphy and the state health commissioner told Davis that the screenings and isolation at the hospital are being done out of an abundance of caution.

Murphy said in a statement that the 27 passengers on the ship were screened by the Centers for Disease Control and Prevention.

As to the four taken to the hospital for close observation, the governor said the medical center "is following proper infection control protocols while evaluating these individuals."

"New Jersey currently has no confirmed cases of novel coronavirus and the risk to residents remains low," Murphy added.

"I have been briefed on the RC cruise ship arriving this morning. I am certain that the NJ DoH, CDC, and PA NY/NJ are prepared and equipped to address any concerns this morning," Davis wrote in a tweet.

On Wednesday,   the 12th confirmed case of coronavirus in the United States was confirmed in Wisconsin . There have been at least 722 deaths in mainland China as of Saturday morning, Beijing time and two deaths elsewhere, one in the Philippines and one in Hong Kong.

Can't blame them.  Norovirus has shown us what it can do to a few thousand people in a fairly confined space.

I know it’s very inconvenient to a lot of people, but this has to be controlled. They have to understand and think about other people.

It's ok - only whites are being interdicted.

Well, it can’t be brown people because we would have heard the ‘profiling’ howl of how unfair it is to target the most likely offenders.

So, no link?  Just an unsupported assertion meant to stir up trouble?

It's ok - only whites are being interdicted.

You mean squiggy's statement was so very obviously untrue?

The world can thank the paranoid Chinese government for suppressing information about the virus early on, and silencing the doctor who warned about it. The doctor soon died from the disease.. 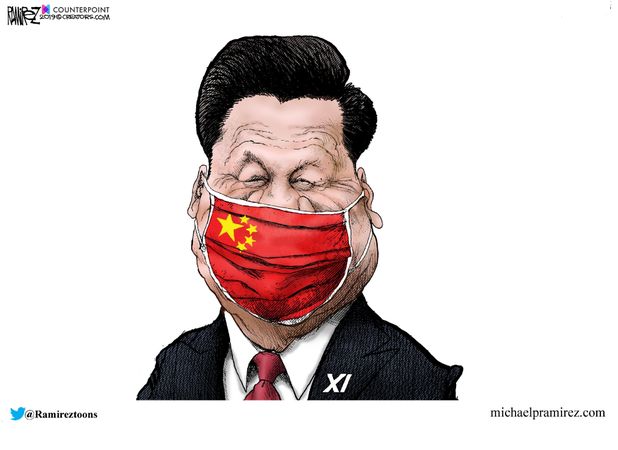