The newly identified tyrannosaur lived during the Cretaceous period, which lasted from about 145 million to 65 million years ago.

The fossils of a newly discovered   Tyrannosaurus rex   cousin — a vicious, meat-eating dinosaur with serrated teeth and a monstrous face that scientists are calling the "reaper of death," has been discovered in Alberta, Canada.

At 79.5 million years old,   Thanatotheristes degrootorum   is the oldest known named tyrannosaur on record from northern North America, a region that includes Canada and the northern part of the western United States, said researchers of a new study on the discovery. It's also the first previously unknown tyrannosaur species to be discovered in Canada in 50 years.

"It definitely would have been quite an imposing animal, roughly 8 feet (2.4 meters) [tall] at the hips," study lead researcher Jared Voris, a doctoral student of paleontology at the University of Calgary in Alberta, told Live Science.

T. degrootorum   lived during the   Cretaceous period , the last period of the dinosaur age, which lasted from about 145 million to 65 million years ago. The imposing beast had a mouthful of steak-knife-like teeth that were more than 2.7 inches (7 centimeters) long. From snout to tail, the dinosaur measured about 26 feet (8 meters) long, or about the length of four king-size mattresses lined up end to end.

The researchers have only two partial skulls and jaws of the newfound tyrannosaur (so they couldn't   estimate its mass , as the hind limbs are needed for that calculation), but the unearthed fossils were enough to define the creature as a newfound species, they said.

Like other tyrannosaurs, the "reaper of death" ("Thanatos" is the Greek god of death and "theristes" is Greek for "reaper," which is how the team derived   Thanatotheristes ), had strange bumps on its skull that gave it a monstrous appearance. But it also had a one-of-a-kind feature: a distinct set of vertical ridges that ran from its eyes along its upper snout.

"These ridges are not like anything we've ever seen before in other tyrannosaur species," Voris said. "Exactly what the ridges do, we're not quite sure."

Dinosaur on the shore


Parts of the dinosaur's skull and jaws were discovered by the Canadian couple John and Sandra De Groot of Hays, Alberta, who spotted the dinosaur's remains in 2010 on the shore of the Bow River, in southern Alberta. Another skull was found nearby, also in Alberta's Foremost Formation, a rock unit that contains the remains of surprisingly few dinosaur species. The only other dinosaurs found in this rock formation were plant eaters: the horned dinosaur and   Triceratops   relative   Xenoceratops foremostensis   and the pachycephalosaur (a type of dinosaur with a helmet-like skull)   Colepiocephale lambei , study co-researcher Darla Zelenitsky, an assistant professor of paleontology at the University of Calgary, told Live Science.

Given that these herbivores are from the same rock layer as   T. degrootorum , it's a good guess that they were the daily special on the carnivore's menu, Zelenitsky said.

The De Groot family told the Royal Tyrrell Museum in Alberta about the discovery, but it wasn't until Voris was going through the museum's collections that he realized it was a newfound species. After studying the nearly 3-foot-long (80 cm) skulls, Voris and his colleagues found that   T. degrootorum   was similar to other tyrannosaurs in southern Alberta and Montana, including   Daspletosaurus , because it had a long and deep snout.

"These [features] differ from tyrannosaur groups in other regions: the more lightly built relatives, like   Albertosaurus , that tended to live slightly farther north in south-central Alberta, and more primitive forms with shorter, bulldog-like faces of the southern USA, [including] New Mexico and Utah," Zelenitsky said.

It's unclear why these tyrannosaurs had such different body types and head shapes, but it could be due to differences in diet — that is, the type of prey they ate and their strategy for hunting them, Zelenitsky said.

The new discovery shows that   Daspletosaurus -like tyrannosaurs were diversifying in the northern part of western North America about 80 million years ago, said Steve Brusatte, a paleontologist at the University of Edinburgh in Scotland, who wasn't involved in the study. But these long- and deep-snouted tyrannosaurs appeared to stay in their neck of the woods, he said.

"This seems to be a bigger theme: There were different subgroups of tyrannosaurs characteristic of certain times and places, and they did not all mix together," Brusatte told Live Science.

Moreover,   T. degrootorum   wasn't as huge as   T. rex , which lived about 12 million years later, but its discovery shows that tyrannosaurs "weren't all colossal hypercarnivores like   T. rex , but there were many subgroups that had their own domains and their own unique body types and probably hunting styles during the very latest Cretaceous period," Brusatte said.

It seems that in the past few years more and more discoveries are being made in the northern parts of American and Canada.

no bones about it.

Read this same article last night, very cool critter. Just goes to prove we still have many discoveries to make about our world.

I was "Fascinated" with Dinosaurs back in my Young Days (Still do to a point). Had ALL the plastic dinosaurs commercially produced in my toy box back then.

My "Grandson" is Now "Fascinated" too. He and I have fun with this, and he's learning things too !

WE watched that, and his expression was "Priceless" ! 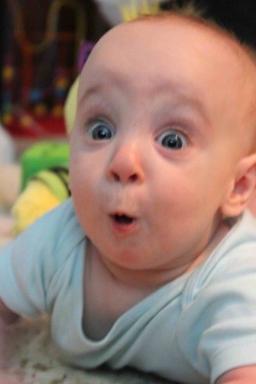