US to sign historic deal with Taliban, Trump announces, beginning end of US war in Afghanistan and withdrawal of American troops

After a week-long deal to reduce violence across Afghanistan, the U.S. and the Taliban are set to sign a historic agreement Saturday that would see U.S. troops start to withdraw, according to a statement issued Friday afternoon by President Donald Trump.

"Soon, at my direction, Secretary of State Mike Pompeo will witness the signing of an agreement with representatives of the Taliban, while Secretary of Defense Mark Esper will issue a joint declaration with the government of Afghanistan. If the Taliban and the government of Afghanistan live up to these commitments, we will have a powerful path forward to end the war in Afghanistan and bring our troops home," Trump said.

Pompeo is headed now to Doha, Qatar, where the U.S. and the militant group have engaged in talks for over a year and a half and the signing ceremony is expected to take place. At the same time, Esper is expected to reaffirm U.S. support for the Afghan government, long rejected by the Taliban and sidelined from their talks with U.S. negotiators.

The agreement with the militant group that harbored the al Qaeda operatives responsible for the Sept. 11 attacks comes after over 18 years of war. The Trump administration hopes it is poised to reshape Afghanistan, leading to national peace negotiations and ridding the country of terrorists that threaten the U.S. homeland, but critics warn the Taliban has neither the ability nor perhaps the appetite to carry out their commitments.

According to Pompeo, the agreement triggers for a "conditions-based and phased" U.S. withdrawal and the "commencement" of Afghan negotiations where "all sides of the conflict will sit down together and begin the hard work of reconciliation." The deal is also said to include Taliban commitments on counter terrorism, although those details are still unclear.

"Nearly 19 years ago, American service members went to Afghanistan to root out the terrorists responsible for the 9/11 attacks. In that time, we have made great progress in Afghanistan, but at great cost to our brave service members, to the American taxpayers, and to the people of Afghanistan. When I ran for office, I promised the American people I would begin to bring our troops home, and seek to end this war. We are making substantial progress on that promise," Trump said.
Initially, the U.S. will draw down its troops from 13,000 to 8,600 -- a level that Gen. Scott Miller, the commander of U.S. and NATO forces, has said is still sufficient to carry out their mission. While that draw down is expected to take months, conditions and timelines for further reductions after that are unclear.
The signing ceremony, where chief U.S. negotiator Zalmay Khalilzad is expected to sign with a senior Taliban official, comes after the country saw a nationwide reduction in violence -- a key demand from the Trump administration before it moved ahead with the deal, six months after President Trump called off talks, citing the death of a U.S. soldier in a Taliban attack.
U.S. officials said that week-long period would be key to seeing whether the Taliban had the commitment and control to reduce violence in the country, and Pompeo reported Tuesday that the deal held, with a significant reduction in major attacks. Two explosions in Kabul during the week were quickly denied by the Taliban, with at least one claimed by ISIS's affiliate in the region.

The Taliban still do not recognize the government of Afghanistan, which it sees as a U.S. puppet, but ten days after signing, the militant group is supposed to sit down with an inclusive delegation of Afghans that includes representatives of the government, although in a private capacity.
"These commitments represent an important step to a lasting peace in a new Afghanistan, free from Al Qaeda, ISIS, and any other terrorist group that would seek to bring us harm. Ultimately it will be up to the people of Afghanistan to work out their future. We, therefore, urge the Afghan people to seize this opportunity for peace and a new future for their country," Trump said.
"I thank the hundreds of thousands of American warriors who have proudly served in Afghanistan. We have killed or captured many ISIS and Al Qaeda terrorists. We honor your service and the sacrifices you and your families have made for the American people. These agreements are a result of the strenuous efforts of those who fought so hard in Afghanistan for the United States of America," he said. 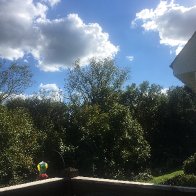 Wonder how this will be spun to include "lining his pockets".

While @ BarackObama is slashing the military, he is also negotiating with our sworn enemy the Taliban--who facilitated 9/11.

While @ BarackObama is slashing the military, he is also negotiating with our sworn enemy the Taliban--who facilitated 9/11.

"The revised proposal, a concession from an earlier U.S. offer, would alter the sequence of the move of five senior Taliban figures held for years at the U.S. military prison to the Gulf state of Qatar, sources familiar with the issue said.
U.S. officials have hoped the prisoner exchange, proposed as a good-faith move in initial discussions between U.S. negotiators and Taliban officials, would open the door to peace talks between militants and the government of Afghan President Hamid Karzai.
The revised proposal would send all five Taliban prisoners to Qatar first, said sources who spoke on condition of anonymity. Only then would the Taliban be required to release Sergeant Bowe Bergdahl, the only U.S. prisoner of war.

" Previously , U.S. officials had proposed dividing the Taliban prisoners into two groups, and requiring Bergdahl’s release as a good-faith gesture to come before the second group of prisoners would be moved out of Guantanamo.

"In early 2012, Western officials say, the Taliban’s reclusive leaders struggled to contain a backlash from mid-level militants who opposed talking to the West. While they appear to have mostly succeeded in containing that response, even a start to real peace talks could still be years away.

"In early 2012, Western officials say, the Taliban’s reclusive leaders struggled to contain a backlash from mid-level militants who opposed talking to the West.

Yes, these guys turned their backs on the Taliban and called themselves ISIL. The group that Graham and McCain wanted to arm to fight the Taliban. It still doesn't have anything to do with my OP @ 2.1.

No, it is just another thing that President Trump accomplished that obama couldn't, Just like Syria I'm sure the Neocon proglibs will be against it.

Glad to see a draw down yet somehow I am skeptical. I feel as soon as we leave it will just revert and everything we tried to do there would have been in vain.

Same as it would have been 10-15 years ago. I think that's the point now. Has to be a lot of fatigue over there.

Come on Just Jim.....EVERYONE knows this was all brought about from the genius tactics of Obama to make this happen 4 years after he left office s/

I feel like we probably accomplished all we were ever going to accomplish over there. Good time to get out gracefully.