Ginsburg, 87, had participated in the oral arguments that the SCOTUS held via teleconference on Monday and Tuesday on a live stream due to the Chinese virus lockdown precautions. 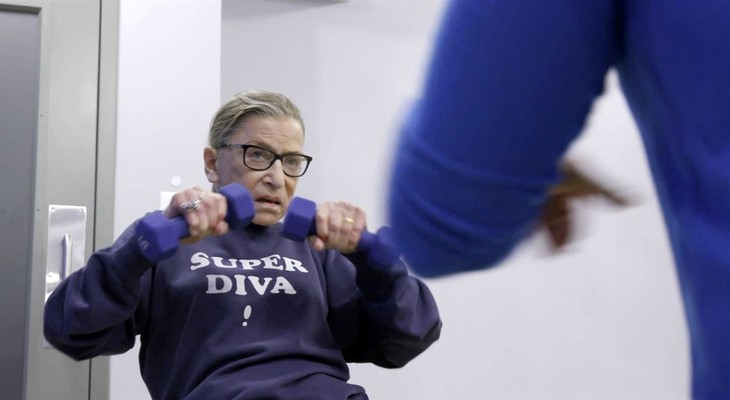 Justice Ruth Bader Ginsburg was hospitalized Tuesday afternoon for "a benign gallbladder condition" that had caused an infection, according to Supreme Court spokeswoman Kathy Arberg.Ginsburg is expected to remain at Johns Hopkins in Baltimore for a day or two but still participate in the telephonic oral arguments Wednesday when the court will hear oral arguments in a case involving the Affordable Care Act's contraceptive mandate.

Ginsburg, 87, had participated in the oral arguments that the SCOTUS held via teleconference on Monday and Tuesday on a live stream due to the Chinese virus lockdown precautions. The famous judge has had a string of health scares over the last year. Unlike leftist Twitter that jumped on a chance to kick a conservative when he is down, like Rush Limbaugh when he announced his cancer diagnosis, conservative Twitter is wishing the far-left radical judge well.

My thoughts and prayers are with Justice Ruth Bader Ginsburg, who has been recently hospitalized.


When it comes to things like this, humanity matters far more than ideology.

Politics aside and despite any changes, God forbid, you have to admire Ruth Bader Ginsburg's stamina!


How many of us could dream of being that much of a fighter at her age and condition!?

Megan Fox is the author of "Believe Evidence; The Death of Due Process from Salome to #MeToo," and host of The Fringe podcast. Follow on Twitter @MeganFoxWriter

Trump will likely have to replace her before 2020. Then the election will probably get postponed a year until we can reopen the entire economy.

Initial reports said she had gonorrhea. The gall bladder infection diagnosis has not been confirmed.

Trump will likely have to replace her before 2020.

Good thinking. Maybe he spent some of his 10 billion dollars on a time machine.

I think we will develop teleportation technology before time travel  and i worry i might turn into a flyhumanoid like the movie though.

Shit i hope i don't dream about that again.  Thanks a lot John.

Hang in there Ruth, not much longer to go.

You should see her Tinder profile.