US mayor says he had virus last year

By:   By HENG WEILI in New York

Michael Melham, who is the mayor of Belleville, New Jersey, said he has tested positive for coronavirus antibodies and believes he was sickened in November, which would mean his case could be the earliest reported in the United States, according to a local news report.

US mayor says he had virus last year 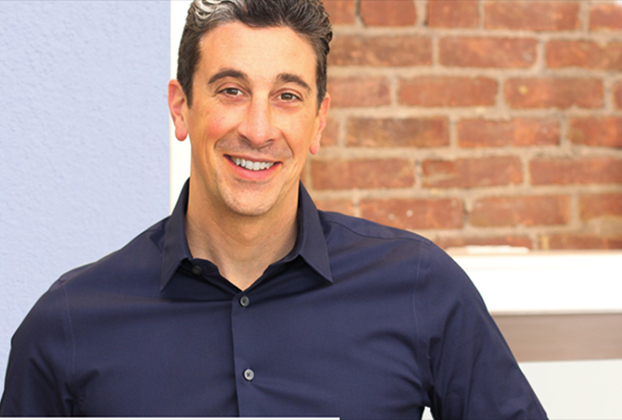 A public official in the United States and another man in France could have been infected with the novel coronavirus months before cases were reported in the two countries.

Michael Melham, who is the mayor of Belleville, New Jersey, said he has tested positive for coronavirus antibodies and believes he was sickened in November, which would mean his case could be the earliest reported in the United States, according to a local news report.

The earliest official US case, which was announced by the Centers for Disease Control and Prevention on Jan 21, was of a man who had returned to the Seattle area after visiting Wuhan, China, where the virus was first reported.

In France, researchers led by Yves Cohen, head of resuscitation at the Avicenne and Jean Verdier hospitals, retested samples from 24 patients treated in December and January who had tested negative for influenza before COVID-19 had developed into a pandemic.

Their findings, published in the International Journal of Antimicrobial Agents, showed that one patient — a 42-year-old man born in Algeria who had lived in France for many years and worked as a fish seller — was infected with the coronavirus "one month before the first reported cases in our country", the researchers said.

The World Health Organization (WHO) said the results in France were "not surprising".

"It's also possible there are more early cases to be found," WHO spokesman Christian Lindmeier told a United Nations briefing in Geneva. He encouraged other countries to check records for cases in late 2019, saying it would give the world a "new and clearer picture" of the outbreak.

Numerous scientific studies have concluded that the virus was transmitted by animals to humans. Wuhan, a city of 11 million in Central China's Hubei province, was the first part of the world to report the virus' emergence and the first to implement lockdown measures.

Melham became sick with chills, hallucinations and a high temperature after he left the three-day League of Municipalities Conference in Atlantic City on Nov 21, according to northjersey.com.

"It felt as if I was an addict going through withdrawal," Melham said in a prepared statement. "I didn't know what was happening to me. I never felt that I could be so sick."

A doctor told Melham that he had the flu and would recover. He eventually asked his doctor for a coronavirus antibody test and received the results on April 29.

"The antibody in my blood is older as opposed to the more recent one showing you just finished fighting it off," Melham said. "It is my hope that this antibody testing becomes more readily available," he told northjersey.com.

"My doctor only had 10 of these blood tests at his disposal and was willing to give me one because of my daily work with the public. More and more testing is needed so that more and more plasma can be gleaned to hopefully save many lives."

Melham also expressed doubts about when the virus arrived in the US.

"I have never believed this just came in January. I know many people like me who were gravely ill from November into December," he told another website, nj.com.

In France, BFM TV identified the early coronavirus patient as Amirouche Hammar, a resident of Bobigny, a Paris suburb. In an interview with the station, Hammar said that when he became ill last year with a dry cough, fatigue and a fever, he thought he had the flu.

Hammar's wife works at a retailer near a Paris airport and comes into contact with overseas travelers.

"It's not impossible that it was an early introduction, but the evidence isn't conclusive by any means," said Jonathan Ball, a professor of molecular virology at the University of Nottingham in England.

The researcher Cohen told French television on Monday that it was too soon to tell if Hammar, whose last trip abroad was to Algeria in August 2019, was France's "patient zero".

But "identifying the first infected patient is of great epidemiological interest as it changes dramatically our knowledge regarding SARS-COV-2 and its spreading in the country", he and his co-researchers wrote.

They said the absence of a link with China and the lack of recent travel "suggest that the disease was already spreading among the French population at the end of December 2019".

France, where almost 25,000 people have died from COVID-19 since March 1, confirmed its firstcases on Jan 24.

Rowland Kao, a professor of veterinary epidemiology and data science at Edinburgh University, said that even if it were confirmed, the identification of a positive case in December "is not necessarily an indication that the spread of COVID-19 from France started this early".

"If confirmed, what this case does highlight is the speed at which an infection starting in a seemingly remote part of the world can quickly seed infections elsewhere," he said.

Reuters contributed to this story.

WHAT???   NOVEMBER???   And it was kept secret?   No wonder the New York and New Jersey numbers are astronomical - it was probably circulating and everyone may have just thought they had an ordinary flu.

a lot left to learn about this virus, and when we do, we must be sure this virtually very vital virus knowledge,

must be spread rapidly, and go viral

to hell in a hurry

Reuters contributed to this story.

Yes Reuters "contributed" but there is always more;

As in the writer for the PROPAGANDA machinery of the Communist Party of China, ruling dictating power of The Peoples Republic of China supported by the Peoples Liberation Army of the PRC who has no problem welding doors shut to ensure people stay home.  Or, run them over with tanks if people protest too much.

You should do borscht belt standup.  Has Melham been lying too?  An American mayor?  Are you saying the quotes are false?  My door was not welded, XD.  Nobody's door was welded.  The Chinese people care for each other so they followed the guidelines for the collective health and good, and it worked - everything's open and people are out and about. Schools in some places are still closed.  So how are the protests by the "Freedom Warriors" going in YOUR neck of the woods?  Numbers still rising?  No surprise with that. Good luck to you.

You should do borscht belt standup.

Nope.  I leave that to the master.  You.

Has Melham been lying too?  An American mayor?  Are you saying the quotes are false?

Exactly where did I say that?

My door was not welded, XD.  Nobody's door was welded.  The Chinese people care for each other so they followed the guidelines for the collective health and good, and it worked - everything's open and people are out and about. Schools in some places are still closed.

Maybe YOUR doors were not welded, but then by your very own admission, you live, what about 500 miles from Wuhan?  Here's some links to articles PROVING doors being welded shut.

There are of course others, but I have no idea how many are censored by that bastion of freedom the CCP of the PRC, with enforcement provided by the PLA.

Continue to live in your gilded cage Buzz.  Just don't piss off the masters.  They might not change the cage lining or allow fresh food or water.

So how are the protests by the "Freedom Warriors" going in YOUR neck of the woods?

Well those protesters are not worried about being run over by a tank now are they?  You DO remember Tienanmen Square don't you?  Unarmed protester against PLA tank.

Numbers still rising?  No surprise with that.

If you're speaking of confirmed COVID cases, I must surmise so.  Not thanks the the PRC.   But, we'll get through it fine.

Good luck to you.

And good luck and health to you Buzz.  Just don't piss off your masters as you and yours might suffer the consequences.

Doors being welded shut to keep people in their homes is the most blatant bullshit I've ever read.  Even as authoritarian as the CCP is or the police are here, that is WAY beyond anything they would do to enforce the lockdown.  That has to be nothing more than a figure of speech written by someone insanely anti-Chinese and picked up by other ingnorant sources.

As I've said a few times already, I have NO REASON to get up on a soapbox and chastize the government here.  What you might eventually learn is that the CCP has virtually eradicated extreme poverty in the mainland, is in the process and succeeding in ending poverty throughout the country, and is on the way to having a moderately secure and comfortable society. The people are getting their bread and circuses and there is little chance of rebellion like there may have been back in the days of Tianenmen Square.  But you can keep up the fiction, if you want.