Coronavirus Survivors Want Answers, and China Is Silencing Them

By:   By Vivian Wang, Amy Qin and Sui-Lee Wee

In Wuhan, where the pandemic started, the police have threatened and interrogated grieving relatives. Lawyers have been warned not to help them sue.

Such a wonderful and free society //S//

Maybe the China apologists can reach out to the Chinese people and tell them that they're wrong since nothing is the fault of the CHINA COMMUNIST PARTY and they must obey.

The text messages to the Chinese activist streamed in from ordinary Wuhan residents, making the same extraordinary request: Help me sue the Chinese government. One said his mother had died from the coronavirus after being turned away from multiple hospitals. Another said her father-in-law had died in quarantine.

But after weeks of back-and-forth planning, the seven residents who had reached out to Yang Zhanqing, the activist, suddenly changed their minds in late April, or stopped responding. At least two of them had been threatened by the police, Mr. Yang said.

The Chinese authorities are clamping down as grieving relatives, along with activists, press the ruling Communist Party for an accounting of what went wrong in Wuhan, the city where the coronavirus killed thousands before spreading to the rest of China and the world.

Lawyers have been warned not to file suit against the government. The police have interrogated bereaved family members who connected with others like them online. Volunteers who tried to thwart the state’s censorship apparatus by preserving reports about the outbreak have disappeared.

“They are worried that if people defend their rights, the international community will know what the real situation is like in Wuhan and the true experiences of the families there,” said Mr. Yang, who is living in New York, where he fled after he was   briefly detained   for his work in China.

The crackdown underscores the party’s fear that any attempt to dwell on what happened in Wuhan, or to hold officials responsible, will undermine the state’s narrative that only China’s authoritarian system saved the country from a devastating health crisis.

To inspire patriotic fervor, state propaganda has portrayed the dead not as victims, but as martyrs. Censors have deleted Chinese news reports that exposed officials’ early efforts to hide the severity of the outbreak.

And as more voices overseas call for China to   compensate the rest of the world   for the pandemic, the party has cast its domestic critics as   tools being used by foreign forces   to undermine it.

The party has long been wary of public grief and the dangers it could pose to its rule.

In 2008, after an earthquake in Sichuan Province killed at least 69,000 people, Chinese officials   offered hush money   to parents whose children died. Following a deadly train crash in the city of Wenzhou in 2011, officials   prevented relatives   from visiting the site. Each June, the authorities in Beijing silence family members of protesters who were killed in the 1989   crackdown on the Tiananmen Square pro-democracy movement .

Now, some say the government is imposing the same kind of collective amnesia around the outbreak.

Three volunteers involved in Terminus2049, an online project that   archived censored news articles   about the outbreak ,   went missing in Beijing last month and are presumed to have been detained.

“I had previously told him: ‘You guys probably face some risk doing this project.’ But I didn’t know how much,” said Chen Kun, whose brother, Chen Mei, is one of the volunteers who disappeared.

“I had said that maybe he would be summoned by the police for a talk, and they would ask him to take down the site,” he said. “I didn’t think it would be this serious.”

Mr. Chen said he had no information about his brother’s disappearance. But he had spoken to the relatives of one of the other missing volunteers, Cai Wei, who said that Mr. Cai and his girlfriend had been detained and accused of “picking quarrels and provoking trouble,” a vague charge that the government often uses against dissidents.

Reached by telephone on Tuesday, an employee at a police station in the Beijing district where Chen Mei lives said he was unclear about the case. The group’s site on GitHub, a platform popular with coders, is now blocked in China.

Volunteers for similar online projects have also been questioned by the authorities in recent days. In blog posts and private messages, members of such communities have warned each other to scrub their computers. The organizers of another GitHub project, 2019ncovmemory, which also republished censored material about the outbreak, have set their archive to private.

To the authorities, it seems no public criticism can be left unchecked. The police in Hubei, the province that includes Wuhan and was hardest hit by the outbreak,   arrested a woman   last month for organizing a protest against high vegetable prices. An official at a Wuhan hospital was   removed from his post   after he criticized the use of traditional Chinese medicine to treat coronavirus patients, which the authorities had promoted.

The crackdown has been most galling to people mourning family members. They say they are being harassed and subjected to close monitoring as they   try to reckon with their losses .

The coronavirus killed nearly 4,000 people in Wuhan, according to China’s official figures. Some residents believe the true toll is much higher. The government fired   two high-ranking local officials , but that is not enough for many grieving relatives, who say they want fair compensation for their losses and harsher punishment for officials.

Zhang Hai is certain that his father,   who died in February , was infected with the coronavirus at a Wuhan hospital. He says he still supports the party but thinks local officials should be held responsible for initially hiding the fact that the virus could spread among humans. Had he known the risk, he said, he would not have sent his father to the hospital for treatment.

Mr. Zhang said several Chinese reporters who had interviewed him about his demands later told him that their editors had pulled the articles before publication. He posted calls online to set up a monument in honor of the victims of the epidemic in Wuhan, but censors quickly scrubbed the messages. Officials have pressed him to bury his father’s ashes, but he has so far refused; he says they have insisted on assigning him minders, who he believes would be there to ensure that he caused no trouble.

“They spend so much time trying to control us,” Mr. Zhang said. “Why can’t they use this energy to address our concerns instead?”

In March, the police visited a Wuhan resident who had started a chat group of more than 100 people who lost relatives to the virus, according to two members of the group, one of whom shared a video of the encounter. The group was ordered to disband.

Mr. Yang, the activist in New York, said at least two of the seven Wuhan residents who had contacted him about taking legal measures against the government dropped the idea after being threatened by the police.

Even if the other plaintiffs were willing to move forward, they might have trouble finding lawyers. After Mr. Yang and a group of human rights lawyers in China issued an open call in March for people who wanted to sue the government, several lawyers around the country received verbal warnings from judicial officials, Mr. Yang said.

The officials told them not to write open letters or “create disturbances” by filing claims for compensation, according to Chen Jiangang, a member of the group. Mr. Chen, who   fled to the United States   last year, said he had heard from several lawyers who were warned.

“If anyone dares to make a request and the government fails to meet it, they immediately are seen as a threat to national security,” Mr. Chen said. “It doesn’t matter whether you’re a lawyer or a victim, it’s like you’re imprisoned.”

Some aggrieved residents have pressed ahead despite the government clampdown. Last month, Tan Jun, a civil servant in Yichang, a city in Hubei Province, became the first person to publicly attempt to sue the authorities over their response to the outbreak.

Mr. Tan, who works in the city’s parks department, accused the provincial government of “concealing and covering up” the true nature of the virus, leading people to “ignore the virus’s danger, relax their vigilance and neglect their self-protection,” according to a copy of the complaint shared online. He pointed to officials’ decision to host a   banquet for 40,000 families   in Wuhan in early January, even as the virus was spreading.

He urged the government to issue an apology on the front page of the Hubei Daily, a local newspaper.

In a brief phone call, Mr. Tan confirmed that he had submitted a complaint to the Intermediate People’s Court in Wuhan, but he declined to be interviewed because he is a civil servant.

With China’s judiciary   tightly controlled by the central government , it was unclear whether Mr. Tan would get his day in court. Articles about Mr. Tan have been censored on Chinese social media. Calls to the court in Wuhan on Thursday rang unanswered.

I feel for the people of China having to suffer this newest indignity at the hands of the China Communist Party wholly supported by the Peoples Liberation Army (now THAT's a real joke of a title if there ever was one!!).

But it's all okay. Since no one from Wuhan is complaining, it means there were no problems there. 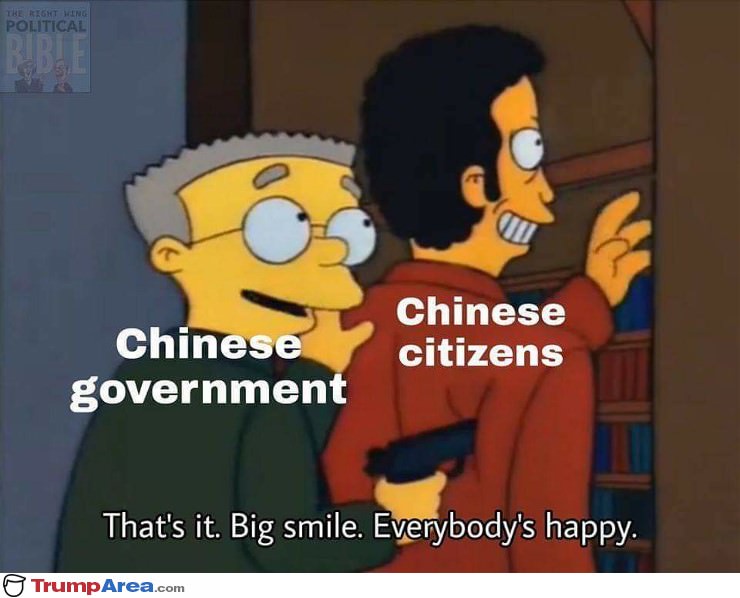 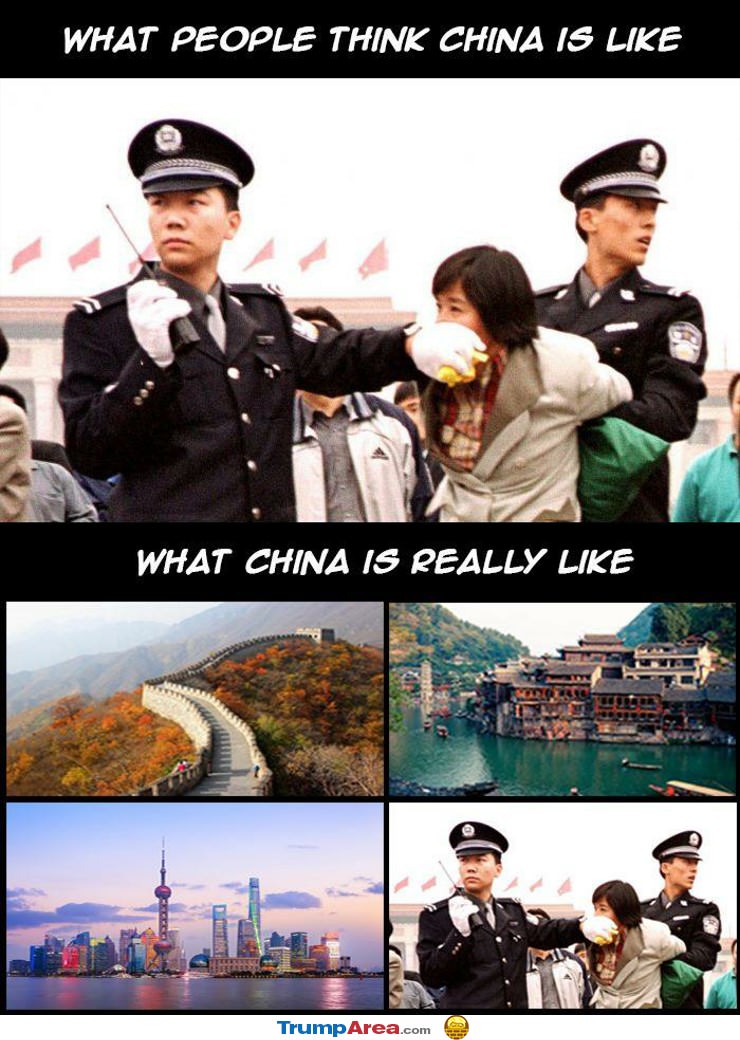 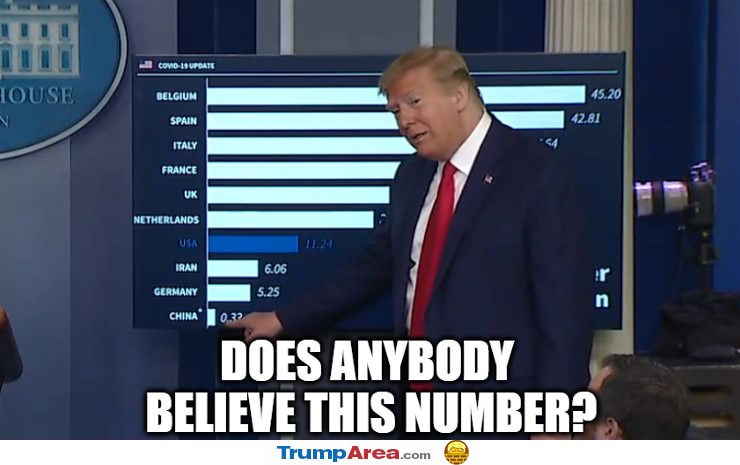