A man has been arrested in connection with a video showing a 75-year-old nursing home patient being beaten in Detroit.

Reseeded after the source censors identified the source wasn't approved by the ccp. 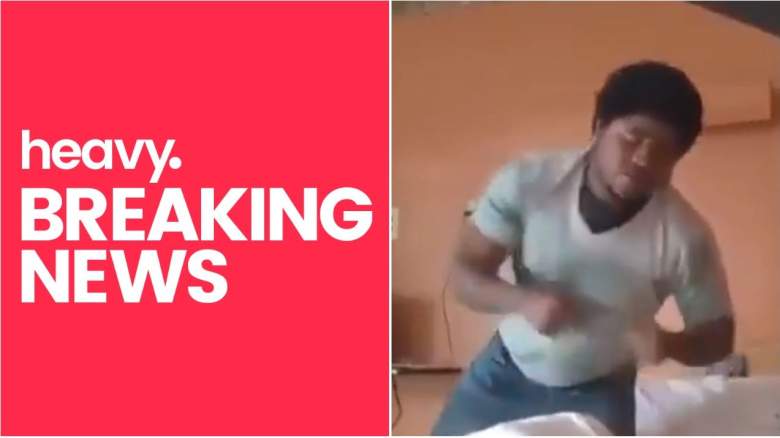 Twitter An unnamed man beating an elderly person at a nursing home in Detroit.

A man has been arrested in connection with a video showing a 75-year-old nursing home patient being beaten in Detroit. A 20-year-old man was arrested on Thursday and linked to the assault and battery of the elderly person, The Detroit News reported.

The violent video shows an unnamed man repeatedly punching the victim in the head. According to the outlet, the incident occurred on May 15, and nursing home staff was unaware of the situation until seeing the video.

When the video went viral on May 21, the Detroit Police Department confirmed that it was investigating the incident. In a tweet, the department wrote, "Thank you to everyone for your assistance in bringing the senior home incident to our attention. The @detroitpolice is investigating the situation, and an arrest has been made. Thank you again."

Thank you to everyone for your assistance in bringing the senior home incident to our attention. The @detroitpolice is investigating the situation, and an arrest has been made. Thank you again. #ProtectAndServe#OurCommunity
— Detroit Police Dept. (@detroitpolice) May 21, 2020

According to NBC News, the suspect was a temporary patient at the Westwood Nursing Center on the 16,500 block of Schaefer Highway in Detroit. The arrested man was transported to the Detroit Detention Center without incident, the outlet reported.

The video was shared on multiple social media platforms. On Thursday afternoon, actor James Woods shared the video on Twitter, and by Thursday night, it had garnered over 2 million views and over 20,000 retweets.

Warning: the video contains graphic violence and offensive language that may be disturbing to some viewers. Viewer discretion is advised. Here is the video:

The Detroit Police have indicated there has been an arrest in this atrocity. No name, no picture and no indication of the citizenship status of the arrestee. This video will remain pinned here until they offer that information. What are they hiding? pic.twitter.com/Dzs8QYykIv
— James Woods (@RealJamesWoods) May 21, 2020

The Detroit News reported that police say the elderly man was transported to the hospital and treated for non-life threatening injuries. The name of the victim has not been released by police.

In a tweet on Thursday night, President Donald Trump asked where "this" nursing home was and how the "victim" was doing. Trump wrote, "Is this even possible to believe? Can this be for real? Where is this nursing home, how is the victim doing?"

Is this even possible to believe? Can this be for real? Where is this nursing home, how is the victim doing?
— Donald J. Trump (@realDonaldTrump) May 22, 2020

Many Twitter users interpreted Trump's tweet as referring to the incident in Detroit. One user wrote, "I posted it early this morning and it broke my heart, thank God it got enough media attention today that I believe the guy got arrested?"

Another user responded to Trump's tweet, "The nursing home is in Michigan @realDonaldTrump and things like this are happening in Pennsylvania and New York as well. Please do something about it! Elder abuse is horrifying!"

One person wrote, "The video of the nursing home beating is devastating. Such a hateful crime. It's unbelievable that such horrible people exist. To beat a defenseless old person like this is just…. You have to be an absolute monster. No place in society for the criminal."

Reseeded, the story is going viral.

2  Paula Bartholomew    one week ago

I hope this guy gets a taste of his own medicine in jail.

Poor man, too many things like this happens in these places.

This shouldn't be surprising  since it's only a warmup for when the Michigan mail-in ballots hit the vulnerable.

And we're surprised when our elders don't want to go into these homes? I sure as hell don't want to go. Stories of abuse and neglect in these places have been around forever. That makes it even more amazing that it is still happening.