President Trump warned Monday that planners would be "reluctantly forced" to find a new site for the Republican National Convention if North Carolina's governor can't guarantee the party will be allowed "full attendance" at the event currently planned in the state's largest city. 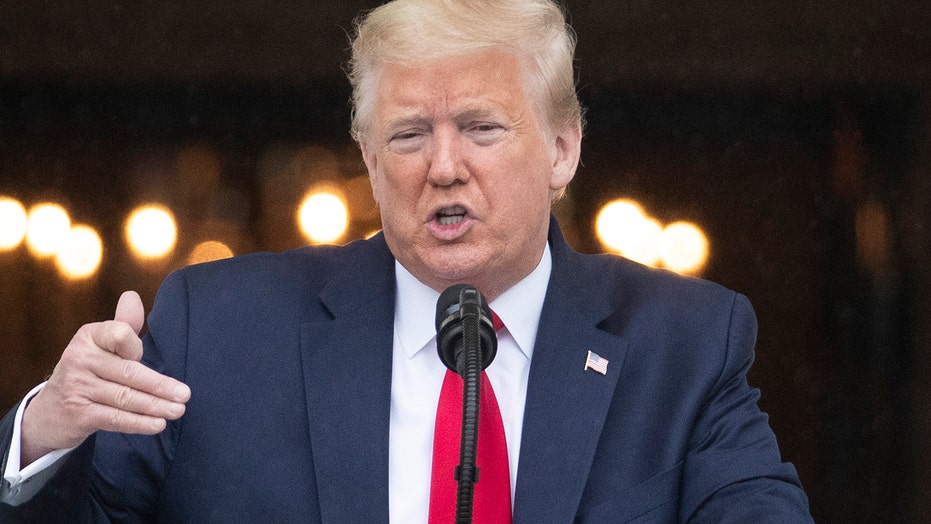 President Trump warned Monday that planners would be "reluctantly forced" to find a new site for the Republican National Convention if North Carolina's governor can't guarantee the party will be allowed "full attendance" at the event currently planned in the state's largest city.

The convention has been planned for the week of Aug. 24 in Charlotte.

In a rapid-fire series of tweets, Trump complained that Democratic Gov. Roy Cooper is in "Shutdown mood & unable to guarantee that by August we will be allowed ... full attendance in the Arena."

He continued: "[Planners] must be immediately given an answer by the Governor as to whether or not the space will be allowed to be fully occupied. If not, we will be reluctantly forced ... to find, with all of the jobs and economic development it brings, another Republican National Convention site. This is not something I want to do. Thank you, and I LOVE the people of North Carolina!"

Trump complained that the party could be faced with the prospect of spending millions without knowing if they'd be allowed to host a full-scale event.

Cooper's office soon responded, saying state health officials are working with the Republican National Committee and "will review its plans as they make decisions about how to hold the convention in Charlotte." The statement continued: "North Carolina is relying on data and science to protect our state's public health and safety."

The Republican National Convention is scheduled to take place Aug. 24-27 in Charlotte. The Democratic National Convention is scheduled to take place a week earlier in Milwaukee after being rescheduled from July due to the coronavirus pandemic. Both parties have weighed how to proceed with their conventions amid health concerns, but the Republicans generally have been more insistent than their counterparts that an in-person party affair go on as planned.

It was not immediately clear what action by Cooper prompted the Memorial Day Twitter threat. But Cooper recently announced that Friday marks the prolonged Phase 2 reopening of North Carolina that's slated to run through at least June 26.

This phase allows restaurants, salons and barbers to open at 50 percent capacity. But bars, clubs, gyms and movie theaters are still closed, and large gatherings are prohibited.

Earlier this month, Trump accused Cooper of "playing politics" with the phased reopening of North Carolina amid the coronavirus pandemic and said that would be "bad for them" if the convention had to be delayed.

A spokesperson for the governor said North Carolina was just following the White House guidance on safely reopening.

"As the Governor said, pandemics cannot be political," spokeswoman Sadie Weiner told the Charlotte Observer earlier this month. "North Carolina is using the data and the science based on White House guidance to inform our three-phased approach to lifting restrictions. The health and safety of North Carolinians is the top priority as we battle COVID-19."

Vice President Mike Pence, asked about Trump's Twitter warning Monday on "Fox & Friends," reiterated that the conventions take "many months" of planning, and said it's "absolutely essential" that those organizers have a sense of what's allowed.

He said the team looks forward to a "swift response" from the governor, and stressed that they could, if necessary, move the convention to a state that's "further along on reopening and [that] can say with confidence that we can gather there."

Meanwhile, the DNC wrestles with the decision of whether to settle for a virtual convention in three months or pack thousands in an indoor stadium in Milwaukee to formally nominate former Vice President Joe Biden. But the RNC has been committed to maintaining an in-person convention.

"We are fully committed to an in-person event in August," a GOP convention official recently told Fox News. "We're forging ahead as originally planned."

McDaniel said the RNC was moving ahead but did note that the convention "is quite a ways away and there is ample to time for us to adjust if necessary."

"We're going to see how factors are on the ground and also get guidance from the mayor and the governor a little bit closer to the convention," McDaniel said.

Trump does not care if he is risking lives to promote his own "glory".

Trump does not care if he is risking lives to promote his own "glory".

Shhh...Don't bother them with facts.

It's all about him, damn the consequences if people get sick, they are expendable.

You should be Happy. The only ones that are gonna show up are all those "Trump supporting Haters" the "Left" loves to complain about.

It's just like having.....the "Gauntlet Glove" without having it at the same time. 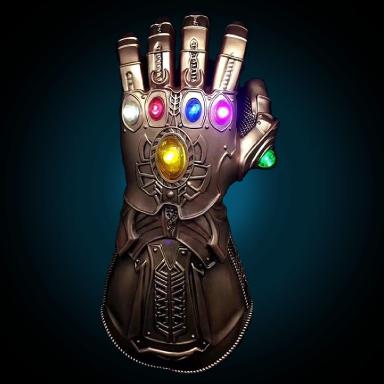 If it is moved, the mayor should be grateful as Trump has a habit of not paying cities for expenses incurred.

if the left thinks we are going to keep hiding inside forever or until we find some cure?    fuggedaboutit.

the "new" normal, is being rejected and we are returning to the old normal.

The bottom line.  Well said and right on!

this "crisis" will go to waste.

the left wants to use it as a tool to redesign society. and change the way we hold elections