Since the onset of the COVID-19 crisis, Americans have been told countless times that public policy was based on Science (with a capital S) and that the public should just obey the scientists.

Since the onset of the COVID-19 crisis, Americans have been told countless times that public policy was based on Science (with a capital S ) and that the public should just obey the scientists.

But the accuracy of their predictions and the consequent appropriateness of policies seems to have been little better than Ask Dr. Science and the 0 percent accuracy rate of its answers.

In fact, the massive errors in measurement that have been part and parcel of the scientific COVID Kops show should bring us back to what Lord Kelvin said about science and measurement: "If you cannot measure it, then it is not science" and "your theory is apt to be based more upon imagination than upon knowledge."

To get an idea of how serious the COVID measurement problems are, one need only look to the two medical experts most commonly appearing on our TV screens. Dr. Anthony Fauci recently testified his belief that its death toll is "almost certainly higher" than reported, because "there may have been people who died at home who did have COVID, who were not counted as COVID because they never really got to the hospital." In contrast, the Washington Post recently reported that Deborah Birx believes that the Centers for Disease Control and Prevention's (CDC) accounting system is double counting some cases, boosting case and mortality measurements "by as much as 25 percent." And what could be a clearer statement of the measurement problems than Birx's assertion that "there is nothing from the CDC that I can trust"?

The mangled measurements have been with us from the beginning of the COVID crisis.

Mild cases were (and still are) frequently undetected. That means that we have undercounted how many people have (or have had) the disease. It also means that we have overestimated the risk of contagion, which is perhaps the most crucial determinant of COVID's risk to others.

Early on, there were a very limited number of tests and many of the first ones were faulty. So, as increasing numbers are being tested, especially systematically, rather than just targeting those who are already suspected of having COVID, we must disentangle the portion of the uptick of reported cases, and the implied downward adjustment of the odds of death and the risk of spread, caused by testing more of the population to determine whether there is an increasing incidence of the disease. When tests for COVID antibodies started to be done, it also suggested that more had already been exposed, changing the critical numbers again. And then there are questions about herd immunity, including whether sheltering at home actually undermines its development. Similarly, the constantly updated numbers of COVID cases in particular areas overstated the risk to others, since those who have gotten better and are not a potential source of contagion are still included in those counts.

This continuing evolution of what Science tells us reveals that what we are being told at any given time is highly likely to be revised, if not reversed, soon, and perhaps repeatedly. That should make us leery of all claims, including forecasts, premised on the truth of current Science. And if that weren't bad enough, even the accuracy of the basic data has been compromised.

In some places, reported COVID deaths have included everyone who has it when they die, overstating (to a degree that we can't know without more detailed information than we now have, and may ever have, for many cases) COVID risks. The director of the Illinois Department of Public Health, Dr. Ngozi Ezike, illustrated the problem when she said, "if you were in hospice and had already been given a few weeks to live, and then you also were found to have COVID, that would be counted as a COVID death….[E]ven if you died of clear alternative cause, but you had COVID at the same time, it's still listed as a COVID death." Further, the miscounting is often not due to judgments about shades of gray. For instance, Colorado counted a man who died of acute alcohol poisoning (his blood alcohol content (BAC) was 0.55, when 0.30 is considered lethal) as a COVID death. And when the state recounted to include only deaths caused by COVID, its total fell from 1,150 to only 878.

New York has also counted as COVID deaths cases involving flulike symptoms, even when postmortem COVID tests have been negative. CDC guidance explicitly advises that "suspected" cases, even in the absence of test evidence, can be reported as COVID deaths. That is why the New York Times could report that on April 21 the city death toll was augmented by "3,700 additional people who were presumed to have died of the coronavirus but had never tested positive."

Then there is also lots of evidence that bears on appropriate COVID policy. For instance, Charles Murray has demonstrated that "The relationship of population density to the spread of the coronavirus creates sets of policy options that are radically different in high-density and low-density areas," so that "too many people in high places, in government and the media, have been acting as if there is a right and moral policy toward the pandemic that applies throughout America. That's wrong."

Randal O'Toole has also cited studies finding that "mass transportation systems offer an effective way of accelerating the spread of infectious diseases," that "people who use mass transit were nearly six times more likely to have acute respiratory infections than those who don't," that New York City subways were "a major disseminator—if not the principal transmission vehicle—of coronavirus infection," and that there is "a strong state‐​by‐​state correlation between transit and coronavirus," to ask why mass transit systems were not shuttered to stop the harm. Elsewhere, he noted that "The head of New York's Metropolitan Transit Authority was infected by the virus and the head of New Jersey Transit actually died from it."

All this evidence reveals that the COVID Science and conclusions Americans were supposed to follow unquestioningly have been incredibly incomplete or wrong, with the stability of quicksand. Such Science is too frail a reed to depend on in making policies with multitrillion dollar price tags. What it does support is much more humility, reflecting Kelvin's recognition that:

Gary M. Galles is a professor of economics at Pepperdine University. He is the author of The Apostle of Peace: The Radical Mind of Leonard Read.

Science matters and we've heard a lot from scientists but very few of them offered any real scientific evidence.

Science matters and we've heard a lot from scientists but very few of them offered any real scientific evidence.

Seems to be The "Wait and See"  Scientific method.

I would trust Birx over Fauci and all the others, because she comes down on the side of common sense and reality.

And I think the number of those who have died for other reasons, but WITH the virus, instead of those who died OF it, is substantial.

This articles wants us to believe a far right libertarian economist when he talks about medical science.  No thanks.

As opposed to the far left moonbats with a bachelors degrees in liberal arts that author most of the drek you post?

wants us to believe a far right libertarian economist

So, who do you believe?

Did you believe China when it said the virus couldn't be transmitted from person to person?

Or the WHO when is confirmed the same lie?

Or Dr Fauci who first told us it was no big deal, then we would need to lock down the entire US economy?

Or the models which predicted 2.5 Million dead?

Or the CDC's missteps and total lack of preparation?

Or Dr Fauci once telling us masks were no good and now essential?

Or Gov Cuomo who sent the infected right back into nursing homes?


Do tell us, who do you trust?

New CDC revisions have the death rate at .3%

Much to do about nothing.

Isn't the seasonal flu more than that?  Because, when you get down to basics, this virus is simply a somewhat more contagious variant of the older ones

C'mon Vic, you know you're not going to get a coherent answer.  "When you have no data, attack the source".  Straight out of Rules for Radicals, the bible of American Communism (whether they admit to the label or not).

Correct on all counts!

How many deaths iyo does it take to be a something?

New CDC revisions have the death rate at .3%

the measles are way for contagious.... but I don't remember shutting down our country over it.

after they figure and add out how many got infected but had no problems with it?  that number will drop a lot.

What is 'way for contagious'?

but you could not figure that out on your own huh?  interesting.

I just woke up and had not yet had my coffee when I made that post.... LOL

we did not change the way we hold elections because measles

we ain't changing our elections because covid either.

however, we do like the idea of leftwingers staying inside forever

I never try to figure out what comes out of your mouth.  Never makes any fucking sense.

Shooting the messenger is your mantra when you don't agree. 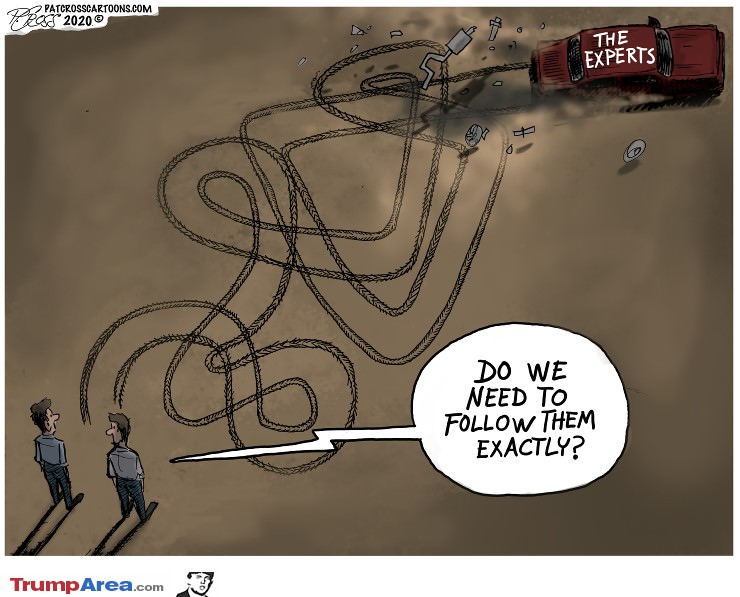 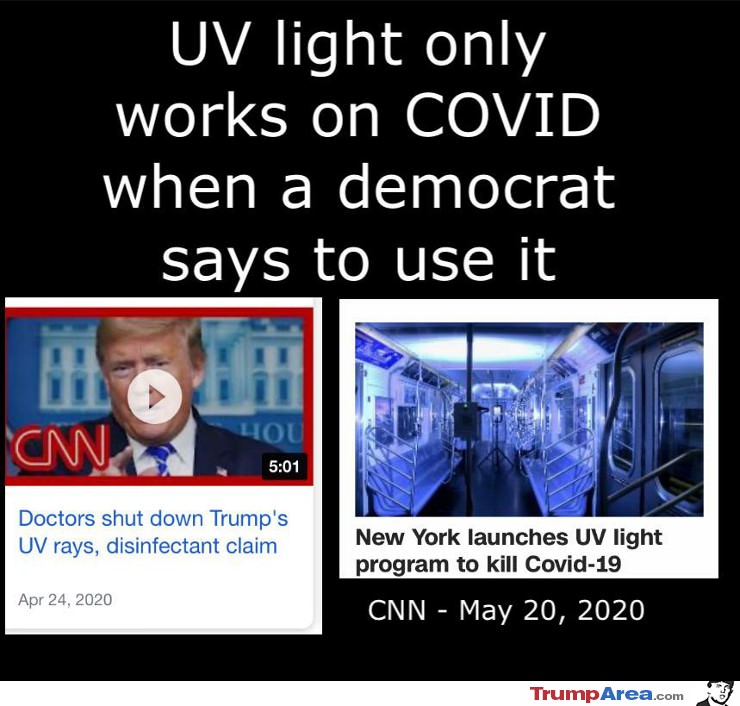 You do understand that Trump was suggesting using UV light on/in people.....don't you?

The pandemic models are no worse than economic models.  As we've seen in economics, the models can become a self fulfilling prophecy.  The Mises Institute is the poster child for using bad models to advocate for self fulfilling goals.

A concerning trend is the idea that averaging models somehow overcomes errors in each model; somehow cancelling errors.  That, too, is an error that will propagate. 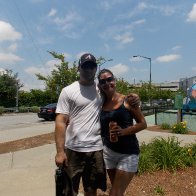