A new tracking poll from a Republican-leaning pollster shows Donald Trump's approval rating has taken a huge hit during the coronavirus pandemic.

A new tracking poll from a Republican-leaning pollster shows Donald Trump's approval rating has taken a huge hit during the coronavirus pandemic.

On Wednesday,   Rasmussen Reports ' Daily Presidential Tracking   Poll   found Trump's approval rating at just 42 percent and his disapproval rating at 57 percent. The negative 15 point margin is his worst in the survey since late 2017.

The poll was sponsored by pro-Trump activist   Jack Posobiec   of the   far-right   One American News Network.

Trump has   frequently   praised   Rasmussen's polls,   calling   the company "one of the most accurate in predicting the 2016 Election" and   lauding   the company for its "honest polling." As recently as February 25, he   tweeted   that he had reached "52% in the new Rasmussen Poll."

Rasmussen itself has a distinct pro-GOP bias. After the 2016 elections, polling analyst Nate Silver   noted   that "the Republican lean in its polls ran pretty much wire to wire."

In September 2018, Ipsos Public Affairs research director Mallory Newall   told   Hill.TV that Rasmussen's adjustment of data based on party identification tends "to be more along the partisan angle, leaning toward the Republicans."

Rasmussen has consistently shown better numbers for Trump and his allies than other major polling firms. CNN analyst Harry Enten   noted   after the 2018 midterms that Rasmussen's polling had been the least accurate of any firm, actually showing Republicans ahead nationally by one point before the blue wave. "The midterm elections prove that at least for now Rasmussen is dead wrong and traditional pollsters are correct," he argued.

Wednesday's Rasmussen data, by contrast, reflect the same   trends   as other national pollsters.

Trump has been criticized broadly for his botched response and   downplaying   the threat. Harvard Global Health Institute head Ashish Jha told Bloomberg in March that the administration   wasted   about two months failing to ramp up widespread coronavirus testing as the pandemic spread across the country.

Though Trump has   said   that he does not "take responsibility at all" for the situation, the American people have   increasingly   blamed him , with a Pew Research Center poll as far back as April showing at least 65 percent of U.S. adults believed he had acted "too slow" in responding to the virus.

With his numbers declining, he shit all of those bricks.

Politically, a lot could happen between now and November, when voters in the United States will either reelect President Donald Trump or vote him out of office and replace him with former Vice President Joe Biden (the presumptive Democratic nominee). But if recent polls that show Trump trailing Biden in key battleground states like Pennsylvania, Florida, Arizona and Michigan are any indication, Trump's response to the coronavirus pandemic is damaging his shot at winning a second term. And according to   Politico 's Nancy Cook,   Republican donors and advisers   are growing increasingly worried about Biden's momentum.

"With only five months until the November general election, several Trump advisers, campaign veterans and prominent Republicans see the Trump campaign's efforts to define and damage former Vice President Joe Biden falling short," Cook reports. "These Trump supporters worry the campaign's myriad lines of attack on Biden this spring — from his age to his work with China as vice president to the Obama economic record — are failing to dent the presumptive Democratic nominee."Right-wing groups and pro-Trump donors and advisers, according to Cook, "want the Trump campaign to dramatically ramp up its efforts to tear down and pigeonhole Biden — much the way former President Barack Obama cast Mitt Romney as a plutocrat during the 2012 campaign, a framing from which Romney was never able to escape."

A GOP source described by Cook as someone "close to the White House" told   Politico , "Take the gloves off and put him away. If you have the cash advantage and you have all of June, why are you not burying him?"

It isn't as though Trump and other Republicans haven't been attacking Biden, from describing him as "Sleepy Joe" to linking him to the ridiculous "Obamagate" conspiracy theory to describing him as favorable to the authoritarian government in China (which Trump was praising back in January and February). But according to Cook's sources, the lines of attack aren't working so far.A former official from Trump's 2016 campaign, seemingly interviewed on condition of anonymity, told   Politico , "Listen, the American voters remember Biden as the happy grandfather during the Obama presidency. The more you can do to imprint a damaging impression of Biden heading into the fall, the better off the Trump campaign will be."

Another source, described by Cook as someone "close to the White House," told   Politico   that Trump's campaign has "not coalesced around the best message to attack Biden, and the message that Biden is diminished doesn't scare people enough. A lot of Americans just don't want the government to screw things up."

One should never underestimate the GOP's ability to successfully sell snake oil to American voters. The GOP has bounced back from everything from Herbert Hoover's presidency and the 1929 crash to Watergate to Iran/Contra to the disastrous U.S. invasion of Iraq under President George W. Bush. Moreover, Republicans have an especially nasty weapon in their arsenal: voter suppression — and they're great at using it in African-American and Latino areas that are more likely to vote Democrat.

Nonetheless, recent polls have been encouraging for Biden's campaign. For example, recent polls from   Firehouse Strategies/0ptimus   and   Quinnipiac University   have found Biden leading Trump by 11 percent And a recent   Fox News poll   found Biden ahead by eight percent. None of that is to say that U.S. voters will feel that same way in November, but T.J. Ducklo, national press secretary for Biden's campaign, is optimistic.

Ducklo told Politico, "Donald Trump has thrown everything but the kitchen sink at Joe Biden since the day he entered the race, using recycled nicknames, outright lies and even disinformation to try and brand him as something he's not. It failed miserably: VP Biden saw record turnout during sweeping victories this spring and united the Democratic Party around a nominee faster than in 2016 or 2008. Why? Because voters know Joe Biden, they know his character — and it's going to take more than cheap marketing tricks perfected at Trump University to bring down a true public servant who has fought for middle class families for over 45 years."

Trump's ratings are in a free fall. Not good for ole trumpy.

The only thing propping him up at all is the media's desire for a horse race. They go too easy on him.

He will now call Rasmussen a fake organization.

Should Trump follow the suggestion that he should ramp up the attack ads on Biden, it could backfire on him, if in fact Americans are generally fair-minded, just as it backfired on the Canadian Conservative Party when they published an unfair attack ad against Jean Chretien and his Liberal Party, causing a landslide victory in favour of Chretien and the Liberals.  The Republicans should be aware of that possibility, or else they will surely end up eating crow (not bats).

In my opinion, so many of the American people are disregarding the guidelines required to defeat the virus that they are bound to extend its spread causing even more hardship and chaos, which will surely continue the decrease in Trump's approval.  The virus has become a weapon against Trump's re-election, one that his own mishandling has intensified. 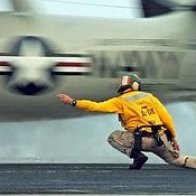 The virus has become a weapon against Trump's re-election, one that his own mishandling has intensified.

Very true words Buzz.  One would think he would realize that a focus on the virus over focusing on his re-election would actually aid his re-election.  Obviously not a Chess player, nor even a bad poker player.

Polls are meaningless though. All I care about are the results on 4NOV20!

It's all going to come down to how much of an economic recovery is made by then. People are really eager to get back to full employment around here. The more he can get the ball rolling now the more it will pay off in November. If the stock market keeps climbing at the rate it has been that will be a big help too.

With his numbers in the toilet, you would think that he would do everything it takes to save what few of his base that are left.

People of conscious will see the body count while looking at their 401Ks and will try to put them in a balance.  People without a moral compass will only look at their 401Ks....

Seems about "Normal" for Trump.

He's had a disapproval rating of 59% - 4 other times during his presidency.

This isn't a Huge Hit, as the article notes. His Average approvals seem to stay in the mid 40's...… ALL THE TIME . No change !