Fired hockey broadcaster Jeremy Roenick claims in a lawsuit that NBC iced him because he's a straight man. 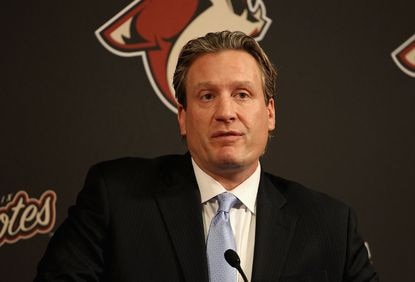 The 30-page suit, filed in New York Supreme Court, alleged that NBC created a discriminatory working environment and then fired Roenick "because of his sex and sexual orientation."

The suit also accused NBC of discriminating against Roenick, 50, on the basis of his politics. Roenick is an outspoken supporter of President Trump.

In a podcast appearance in December, Roenick said he would like to "go to bed" with his wife and Kathryn Tappen, who hosts NBC's hockey coverage.

"If it really came to fruition, that would really be good, but it's never going to happen," Roenick said.

NBC promptly suspended Roenick. After more than a month in the penalty box, he was sacked in February.

Roenick was "subjected to repeated unequal treatment, harassment and ultimately terminated based on his membership in protected classes," the filing said.

Roenick played for the Blackhawks for many years. He was a Hall Of Fame hockey player but in interviews he often  seemed like a self absorbed jerk.

Roenick, in the lawsuit filed in   New York   Supreme Court on Friday, accuses the network of removing him in part because of his support of   President Trump   and says the network violated a state law prohibiting discrimination based on gender or sexual orientation in his firing, the New York Post reported.

Roenick was suspended by the network indefinitely just before last Christmas, days after he discussed a vacation to Portugal that he took with his wife and then-broadcast colleague Kathryn Tappen.

“I play it off like we're going to bed together every night, the three of us,” he said on the podcast “ Spittin' Chiclets ,” referrring to someone at the resort asking about their situation. “If it really came to fruition, that would really be good, but it's never going to happen.”

He also said his wife and Tappen looked “f—in’ smokin’” while swimming at the pool, according to Variety. “A-- and boobs everywhere. It’s great.”

In February, he was fired despite issuing an apology.

The lawsuit says that while Roenick was fired for his comments about Tappen, the network responded differently after NBC figure skating commentators Tara Lipinski and Johnny Weir made a comedy promo for the network's streaming service that referred to a vulgar term for vagina and other sexual remarks along with footage of Olympic figure skater Bradie Tennell, according to Variety. 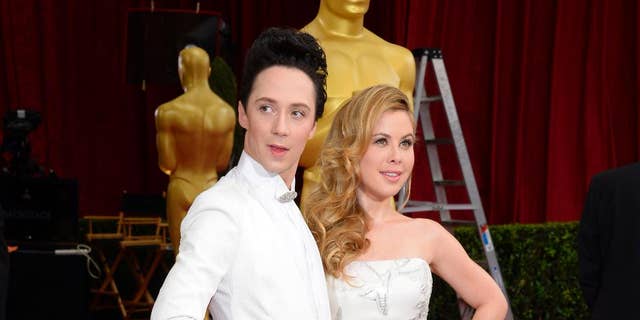 Although U.S. Figure Skating said it didn’t “condone” the remarks, NBC Sports spokesman Dan Masonson stressed it was meant to be a comedic sketch.

“In retrospect, this sketch could have been completed with generic footage,” he said in reference to the footage of Tennell, the Post reported.

The post was later removed from Lipinski's Instagram and anywhere else it had been posted, an NBC Sports spokesperson told   USA Today .

The suit alleges that when Roenick noted that Weir has used “colorful commentary” about skaters’ body parts while on air, his NBC supervisor Sam Flood said that Weir is “gay and can say whatever.”

“Mr. Roenick is the victim of double standards wrongfully asserted against him,” Scott William Clark, Roenick’s lawyer, told the Post. “A person’s career should not be thrown away by a company as Mr. Roenick’s career was with NBC. We are confident that the evidence that will be brought to light from this lawsuit will reveal the rampant disregard of Mr. Roenick’s rights.”