The president canceled Republican National Convention events in Florida and wore a face mask in public. But it’s too late.

An excellent related video (by The Lincoln Project) shows Trump's previous comments totally dismissing the seriousness of the Virus-- while the number of new cases and deaths kept skyrocketing. 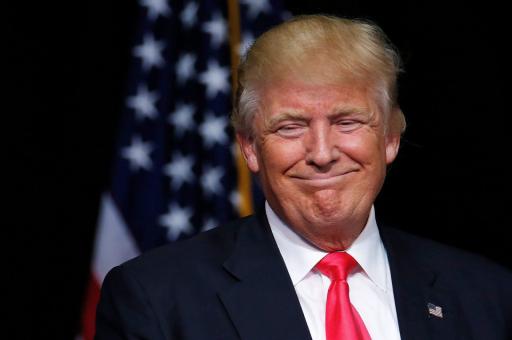 Five months, 4 million cases and nearly 144,000 deaths after the coronavirus was first detected on U.S. soil, President Donald Trump seems to finally be taking some of the most basic steps to show that the pandemic is serious.

He was shown wearing a mask in public. He rebooted the White House’s coronavirus briefings as a brief, more informative affair than the hour-plus rant sessions of the past.

And on Thursday, he canceled the Jacksonville, Florida, portion of the Republican National Convention ― a mass public gathering exactly of the type that public officials have warned against.

The acknowledgments that the virus isn’t going away, that wearing a mask is vital to protect oneself and the public, and that huge gatherings are dangerous are a good thing. And they appear to be happening throughout the country, as more state lawmakers strengthen their protection measures and corporations mandate masks.

But the months Trump spent insisting COVID-19 would disappear , politicizing masks and criticizing lockdowns already did their damage. And Trump’s continued push to reopen schools , along with Congress’s failure to quickly pass new unemployment insurance or other economic relief, indicate Trump and other lawmakers haven’t fully learned their lesson.

Across the country, elected officials have begun to take bigger steps to slow the spread of the coronavirus. In Ohio, Gov. Mike DeWine (R) finally mandated masks this week, as did Minnesota Gov. Tim Walz (D). Indiana Gov. Eric Holcomb (R) also signed a statewide mandate to wear masks indoors, but he did not include his initial plan to penalize anyone who refused to do so.

Corporations are taking note, too: McDonald’s and Walmart announced this week that they would require customers to wear face coverings. And while this is better than nothing, experts have expressed concern that Trump waited so long to take proactive steps.

Do you think Trump should have mandated the wearing of masks a while back?

What do you think?

Uh, I know what I think.

The point of my question is to see what YOU think.

No thoughts on the subject that you can talk about?

I just figured with all the complaining, you might actually have an opinion on it.

Barely one month ago, on June 20, the Trump campaign hosted a campaign rally in Tulsa, Oklahoma, despite pleas from local officials to cancel or postpone it. In the weeks after, public health officials blamed the rally for a spike in cases in the area.

“The past two days we’ve had almost 500 cases, and we know we had several large events a little over two weeks ago, which is about right,” said Dr. Bruce Dart , the director of the Tulsa Health Department, who had pleaded with Trump to cancel the rally, on July 8.

Though Trump ignored those pleas in June, he appears to be listening now.

Two days before Trump announced the cancellation of the Jacksonville convention, Duval County Sheriff Mike Williams hosted a press conference in which he explained his Florida county was simply not prepared to handle it.

Jacksonville Mayor Lenny Curry (R) mandated masks in the city at the end of June, much to the ire of his fellow party members (he was even sued for doing so).

And Republicans in Congress said in large numbers that they wouldn’t attend the convention events in Florida.

But it’s been five months since states began ordering citizens to shelter in place amid the pandemic, and as far back as April, public health officials have said that Trump needed to act faster to encourage Americans to take the virus more seriously.

This is but one indication of how the numbers are spiking in a state that opened too early:

And here's the situation in Florida-- another state whose governor downplayed the seriousness of the Virus-- until it was too late::

All the wrong moves, or else too late.  God help you all.

All the wrong moves, or else too late.  God help you all.

And the rate of increase of The Trump Virus is still increasing (at least in states that reopened too quickly, and whose governors downplayed it...)

Trump has now pissed off his I won't wear a mask base.

The ones on this site are SO mesmerized by him they would never admit it.