Stephanie Alexander, the Trump campaign's new chief of staff, faced campaign-finance charges in Oklahoma in 2016. The charges have been dropped.

The newly promoted chief of staff for Donald Trump's presidential campaign was arrested in Oklahoma in 2016 and charged with conspiracy to violate state election laws after police seized her then-boyfriend's phone in a cocaine bust, Insider has learned.

Stephanie Alexander, previously the Trump campaign's Midwest political director, was bumped up to chief of staff Tuesday in a campaign shake-up. Before she joined the Trump campaign, Alexander was active in state GOP politics in Oklahoma, where charges filed in 2016 alleged that she participated in a conspiracy to illegally coordinate dark money in a 2014 race for state superintendent of public instruction.

Alexander pleaded not guilty, and the state dropped the charges in 2017 without explanation. Last month, a state judge granted Alexander's request to both expunge and seal the court records on the case.

When she was asked for comment about the 4-year-old case, Trump campaign spokeswoman Erin Perrine defended the president's new 2020 chief of staff. "Stephanie Alexander is a campaign professional and continues to be a valued member of the team," she said.

The 2014 state-superintendent race pitted two Republicans against each other in the primary: challenger Joy Hofmeister and incumbent Janet Barresi. Alexander and her boyfriend at the time, political consultant Chad Alexander — the pair have since married — both worked to establish an apparently independent advocacy organization called Oklahomans for Public School Excellence (OPSE) that raised money from anonymous donors and ran a $300,000 ad barrage attacking Barresi during the campaign.

But according to criminal information filed against Alexander and four people suspected of being coconspirators just days before the 2016 presidential election by the office of Oklahoma County District Attorney David Prater, OPSE was a front organization designed to conceal "a conspiracy to commit campaign contribution violations and illegal coordination" between Hofmeister and dark-money donors.

It is illegal in Oklahoma for donors to give more than $5,000 to a campaign, and independent groups that raise larger amounts are banned from coordinating with campaigns.

The information, which used Alexander's name at the time, Stephanie Milligan, cited text messages and emails in accusing Alexander, Hofmeister, and others of secretly coordinating OPSE's activities with the Hofmeister campaign.

A cocaine arrest provides a break in the case

Chad Alexander was charged with possession of cocaine in 2014. Oklahoma County District Attorney

State prosecutors got a break in the case in May 2014 when Chad Alexander, who previously served as the chairman of the Oklahoma Republican Party, was arrested on a cocaine-possession charge while driving his Mercedes in Oklahoma City. Police seized his cellphones and computer and found texts and emails showing communications between Alexander, Hofmeister, and others. Prosecutors alleged the conversations showed them plotting a dark-money strategy to run ads against Barresi.

At the time of her arrest in November 2016, Stephanie Alexander was already serving as a battleground campaign official on the Trump presidential campaign. According to court records, Alexander refused to sit for an interview with investigators but offered to answer written questions from the state prosecutors.

She faced up to 10 years in jail on three felony counts. But Prater, the district attorney, abruptly withdrew all charges in the case in August 2017.

Why was the case dismissed? 'I have my suspicions,' retired investigator says.

At the time, Prater told local news outlets the case was not over and that the charges had been withdrawn only temporarily "pending further investigation."

"We're not done," he told the website NonDoc. "We've had information come to us over the last several months regarding one or more of the defendants that we need to follow up on before we take the case to preliminary hearing."

But the case was never refiled.

A spokesman for Prater did not immediately respond to a request for comment.

Gary Eastland, who was the chief investigator on the Hofmeister-Alexander case in Prater's office, said in an interview that he remained befuddled as to why the charges were never refiled.

"That's a damn good question," said Eastland, who retired from the district attorney's office in April 2017 about four months before the state filed for the case to be dismissed. "I have my suspicions."

Alexander was a 'co-debtor' in her husband's recent bankruptcy, which erased more than $250,000 in debt to the IRS

Alexander's promotion on the Trump campaign came as part of a wider realignment of key staffers working to win four more years for the president. Effective Tuesday, Bill Stepien, a former White House political director, became deputy campaign manager, while Alexander took on the role of chief of staff.

A press release from Trump's reelection team announcing the job changes noted Alexander's experience as the Midwest regional political director for Trump Victory, a joint operation between the president's campaign and the Republican National Committee. It also referenced her work as a GOP consultant and fundraiser to both state and federal candidates, as well as corporations, nonprofits, and political action committees.

Alexander cited her role as a member of the president's political efforts "since the beginning" and highlighted the 2020 effort than includes a thousand paid staffers and more than 1 million trained volunteers.

"I am proud to take a larger role in that machine," she said.

This cannot end well for anyone. Better watch out!

Milligan/Alexander's social media accounts appear to have been scrubbed.

Charges have been dismissed.

Except that the investigation into to dark money campaign finance violations involving Stephanie Alexander aka Stephanie Milligan continues. The Oklahoma County DA has never lost interest...

Criminals surround themselves with other criminals.  Trump can't swing a golf club without hitting several. 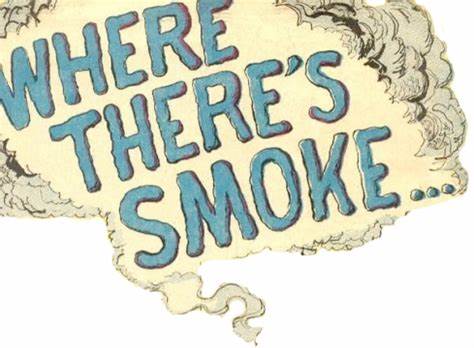 5  Transyferous Rex    one week ago

Odd shit going on here, but I'm not sure who driving the bus.

Chad Alexander has a 2002 bankruptcy filing, naming Whitney as co-debtor. Look it up. No.: 2-00100-R, US Bankruptcy Court, Northern District of Oklahoma.

All of the current news stories allege a 2019 filing in November, I don't see any bankruptcy filed in 2019.

All of the pleadings from the 2002 case are restricted. Again, there is nothing for 2019. So, either the allegations of the story are shit, or this shit is hidden so deep, you can't even find it. I'm leaning toward the story being shit. If there was a 2019 case, you'd at least be able to find that there is a record. You may not be able to inspect the record, as is the case for the 2002 bankruptcy, but you'd at least be able to see that a case had been filed. I can't even find that a petition was filed in 2019. If you know the case number, post it. I'll try to find it.

Here is a story about Stephanie Alexander formerly Mulligan's 2016 arrest. It is all pretty drifty stuff...

I appreciate the link. Milligan/Alexander has apparently been scrubbed from the criminal record, as alleged.

Regardless, nothing in there discusses the assertion in my comment regarding bankruptcy. The only Chad Alexander bankruptcy I found, in the Northern District of Oklahoma, is as stated above. So, I'll put it out there again...if anyone has the bankruptcy case number...throw it out there, and I'll try to find it.

I agree that there should be lots more public info out there on the now very public person Stephanie Alexander A/K/A Stephanie Milligan. Being Campaign Chief of Staff for a Presidential reelection is HUGE! Being from Oklahoma and also very politically active she first came onto my radar probably ten or more years ago.

Many probably first encountered her though on the original MSNBC comment boards or on Newsvine. It looks like her Facebook pages, plural, have definitely been professionally scrubbed, homogenized and recreated now in all red, white and blue.

She seemed to me a cross between a really amped up super angry rightwinger and a fanatical fundamentalist evangelical. Her obvious strengths for Trump will be with social media. That may also be her greatest weakness too as she has, how do I put this?, "Difficulty Getting Along With Others"...