Families of 150 missing in condo collapse grow weary waiting for answers; Biden to visit Surfside, Florida, this week: What we know

Six days after a condo building outside Miami collapsed, families of the 150 people missing are growing weary. Latest news.

SURFSIDE, Fla. - Six days after a condo building outside Miami collapsed, families of the 150 missing people are growing weary as they desperately wait for answers.

As the Surfside community mourns, President Joe Biden announced Tuesday he would visit the site of the collapsed building Thursday.

Surfside Mayor Charles Burkett said he has received questions from frustrated families about why rescue efforts stopped during thunderstorms. Burkett said the fire chief told relatives he would get back to them with an answer.

Families wondered how long a person could survive under the heaps of rubble, Burkett said in a news briefing, adding he remains hopeful survivors will be found. Authorities reiterated that work at the site was a search-and-rescue effort. Workers sifted through the rubble, listening and looking for signs of life.

"Nobody is giving up hope here," Burkett said.


Biden announced he and first lady Jill Biden would go to Florida on Thursday.

Levine Cava said Tuesday at a news conference that Biden will meet with families of the deceased and missing.

Monday, White House press secretary Jen Psaki said Biden thinks an investigation should be launched into the collapse. During a news conference, Psaki was asked whether Biden believed the federal government had a role to play in examining infrastructure failures before the tragedy.

Psaki replied, "Certainly, we want to play any constructive role we can play with federal resources in getting to the bottom of it and preventing it from happening in the future."


The bodies of 11 people have been recovered from the site.

The first victim to be identified was Stacie Fang, 54, whose 15-year-old son was pulled alive from the wreckage. Also identified Monday: Antonio Lozano, 83; Gladys Lozano, 79; and Manuel LaFont, 54.


Questions about what brought a section of the Champlain Towers South down have intensified since the collapse last Thursday.

A letter in April, obtained by USA TODAY from the president of the Champlain Towers South Condominium Association, said that damage to the building's basement garage had "gotten significantly worse" since an inspection two and a half years earlier and that deterioration of the building's concrete was "accelerating."

The letter offers a glimpse into what led up to the deadly collapse, suggesting millions of dollars in necessary repairs had been a subject of frustration among residents.

"We have discussed, debated, and argued for years now," the letter said.

The author, Jean Wodnicki, president of the association's board of directors, survived Thursday's collapse, a condo association attorney told the media.

Over seven pages, Wodnicki provided an overview of the major repairs required for the building. She noted an inspection that found a "major error" in the design of the building, crumbling concrete columns in the garage area beneath the structure, and predicted that failure to fix the problems in the "near future will cause the extent of the concrete deterioration to expand exponentially."

In her letter written about 30 months later, Wodnicki said, "the observable damage such as in the garage has gotten significantly worse" since the first inspection. Read more here.

Hundreds of Miami-Dade County fire rescue workers rotated in 12-hour shifts, searching for any signs of survivors. No rescue workers have been severely injured, but one worker took took a 25-foot tumble, officials said.

"Every time there is an action, there is a reaction," said Raide Jadallah, assistant chief of rescue operations for the Miami-Dade County Fire Rescue Team, describing what he called a complex search-and-rescue operation.

Family members saw the danger firsthand Sunday when authorities allowed them to tour the site. "They witnessed a rescuer tumble 25 feet down the mound," he said.

Mayor Burkett said Tuesday that debris fell off the condo overnight, causing the western part of the building to be cordoned off because it was too dangerous to work there.

A portion of the tower that is standing remains a threat to first responders working directly below, said Alan Cominsky, Miami-Dade County Fire Rescue chief.

"We are constantly monitoring (the structure)," he said. "We have seismic graphs, lasers that are monitoring certain cracks on the building. ... Right now, we have been reassured, based on what we have seen, that the building has had no movement. So that's why we continue working."

The flicker of candles and glowsticks dotted the oceanfront Monday night as a group gathered for a meditation and moment of silence on the beach near the rubble.

After the gathering, the group walked to a growing memorial near the building to lay flowers, notes and candles. A chain link fence is so full of sentimental ornaments that it is barely visible.

"Seeing this makes it a bit more real, which is saddening for me, but it's the truth," said Ciena Falcon, 11, who has a friend among the missing.

"When you are with people who are all grieving for the same cause, it just makes you feel a little better," she said.

Prosecutors in Florida will pursue a grand jury investigation into the deadly collapse, officials said Tuesday.

Levine Cava said at a news conference that she fully supports such an investigation. State Attorney Katherine Fernandez Rundle said she would bring the matter before grand jurors soon

A federal investigation into what caused the Champlain Towers South collapse is already underway, officials said Monday afternoon at a news conference.

Gov. Ron DeSantis said he spoke with representatives of the National Institute of Standards and Technology, who will conduct an investigation into the causes of the collapse. The NIST, founded in 1901, investigated the 9/11 terrorist attacks and other incidents, including the Rhode Island nightclub fire in 2003, a tornado in Joplin, Missouri, in 2011 and Hurricane Maria in Puerto Rico in 2017.

DeSantis said more immediate investigations conducted by Miami-Dade County and the town of Surfside could shed some light more quickly and alluded to the possibility of state regulatory changes if necessary after those assessments.

"If there are things that need to be done at the state level, we obviously would want to get information as soon as possible," DeSantis said.

Shortly after midnight tomorrow night it will be 7 days since the building fell. No one has been pulled out alive since the first few hours.

They havent even found many bodies.

Something did not go well with this rescue effort.  I dont really blame these families for being upset.

Masters Expert
1.1  Greg Jones  replied to  JohnRussell @1    one month ago

What more should the rescuers do? They have to proceed slowly in removing the pile, so they can find the victims, or what's left of them.

Going too fast could create dangerous situations for themselves and might destabilize what's left of the building.

There really is no point in going too slow. You are fighting against the clock. At some point the clock is running out. At that point, passed already, you either speed up or admit it is over.

There really is no point in going too slow.

On the other hand, going too quickly puts the lives of the rescuers in danger.  The last thing that anyone wants to do is add to the body count with the rescuers.

I'd like to have a ten spot for every time I have heard an official there say "we are being painstaking" over the past week.

They have to balance a sense of haste with due caution.  Hopefully those in Florida understand this are are working with all the due speed the conditions allow. 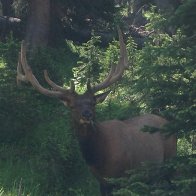 There is a point of going slow, that is so that you do not kill any rescuers.  For every action taken on that pile of rubble there is a reaction to it.  If you move the wrong piece at the wrong time, you have the potential to kill rescuers.  At this point in time this is a body recovery mission, and there is no reason to speed up and kill rescuers period.

Something did not go well with this rescue effort.

Time will tell on that.  Sometimes, despite the best efforts, you don't get the results you want.  Once the emergent part is done, I am sure the rescue effort will be looked into, and fingers will be pointed.

I dont really blame these families for being upset.

The families are still in a state of shock, they want answers and they want their loved ones back.  I'm not sure anyone would not be upset and even angry when put into the same situation.

There are more and more facts and claims coming out that may show neglect by the building owners, possibly even reaching to the level of criminality.  But again, that will be addressed after the rescue efforts are completed.

PhD Principal
1.3  devangelical  replied to  JohnRussell @1    one month ago

being familiar with this type of high rise construction, inexpensive post and curtain/window wall, think house of cards on an unstable platform. outside of anyone that made it to an elevator shaft, stairwell, or the basement, (if there was one that close to the water) I'll be shocked if they find any more survivors. it's a giant concrete club sandwich, alert the lawyers and let the blame games begin. I'd just about bet my 401K that the HOA knew about this and the majority of owners voted against footing the bill to fix it.

I just read a local article today that the association had authorized $15 million in repairs and that all tenants had been contacted and had to sign off on a special assessment which will be required to pay off over 15 years. If I remember correctly the 1 bedroom apartments would have to pay $550 or so per month. The payments were to begin next month.

Here is an article on it.

There was a contractor in snapping pictures 2 days before the collapse.

Two days before condo collapse, a pool contractor photographed this damage in garage

Professor Expert
2  Hal A. Lujah    one month ago

I don’t know how anyone in a high rise condo on the beach could sleep after this.  I foresee this type of real estate having a very bad future.

any high rise built in that era, in like locations, with those building codes. looks like the homeowners insurance is going up... my mom lives on the gulf in texas and there are still condo projects there empty and mired in litigation 4 years after harvey.

PhD Principal
3  MrFrost    one month ago

It won't be long before DeSantis passes a law saying that talking about the condo collapse is illegal.

PhD Principal
3.1  devangelical  replied to  MrFrost @3    one month ago

his research team is now busy looking for somebody else to place the blame on. darn all those business restricting regulations.

his research team is now busy looking for somebody else to place the blame on. darn all those business restricting regulations.

I read an article indicating complaints about the condo owners paying off building inspectors.  Now, these complaints were from competing condo owners, so take with a grain of salt.  And of course this is the DailyMail, so 10 more grains of salt.

commercial construction is basically organized crime. bid rigging, pay offs, and kick backs. gee, what recent loser and now disgraced politician do we all know that came from that world?

PhD Principal
4  devangelical    one month ago