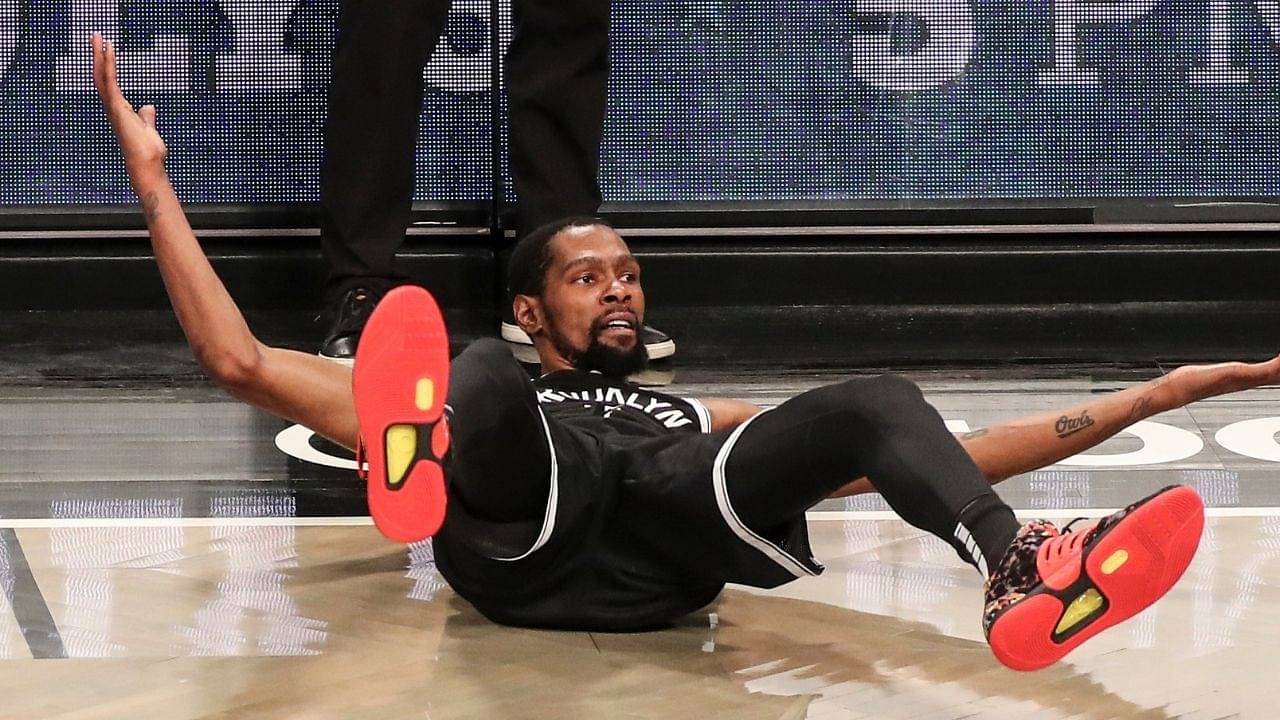 On the court, his skills at his size are unmatched by anyone in the NBA, something that has made him rise to the level of greatness he is at today. But, his off-the-court attitude and lifestyle seem to be just a tad bit different from the rest as well.

While he's not on the court, most fans know him to be one of the more trigger-happy players on today's social media. However, an NBA insider recently revealed a very different tale about the player, and you're going to want to hear it.

Let's get into it.

Now, we can't be the only ones who never really imagined Kevin Durant smoking pot. But, once you think about it, doesn't it just feel fitting?

Speaking about one such incident, Matt Sullivan recently appeared on the 'Dan Le Batard' podcast. And when he was asked to reveal something about the Reaper that would surprise fans, here is what he had to say.

"He smokes even more weed than you'd think. I was at his house at one in the morning, and the entire place just reeks!"

Sullivan was then asked about how the player acted when he was high, to which he responded with the following.

"He's the same, he's pretty chill. He only smokes in the car… I don't know if he doesn't want to get caught or, that's just his happy place. The bodyguard/housemate who got in trouble for pushing away PJ Tucker in the playoffs… he's just got him around and takes him down to the car, and they blaze."

As fans of the player, it's admittedly a bit funny to imagine the Nets star in that state. We just hope that his extra-curricular activities don't incentivize the NBA to stop him from playing next season.

Also Read: LeBron James expresses his wish to meet the legendary Queen of Rock-n-Roll in a tweet


I've always been someone surrounded by sports. At 15 though, Basketball was brought to my attention, and I absolutely fell in love with it. At 20 now, I look to share the joy I feel with the world through my articles.

Let's get real. Weed is not a performance enhancing substance unless you count competitive eating...

This is a weird story. Why is it anyone’s business how much weed Kevin Durant smokes?

and you're going to want to hear it

Now, we can't be the only ones who never really imagined Kevin Durant smoking pot.

You might be. I sure never thought about it.

But, once you think about it, doesn't it just feel fitting?

Why is it “fitting?” What does that mean? I don’t know this writer, but it seems like he is trying to disparage Kevin Durant.

Your question is answered in the article's title line.

No it doesn’t, but if you would like to be informative instead of cryptic, maybe you could enlighten us.

An athlete has to follow rules. Their sport is defined by rules. There are penalties for breaking the rules.

Different sports' rules are different. Marijuana is banned from the Olympics... and is part of the Games' drug protocol. Every would-be Olympian knows this.

During the Orlando Bubble, the NBA announced that while marijuana remains on the banned list, it would no longer be tested for.

So the sprinter and the basketball player are in different situations. They know this.

Q: If marijuana isn't thought to enhance performance, then why is it still banned?

A:   According to the U.S. Anti-Doping Agency , as well as the Canadian Centre for Ethics in Sport (CCES), "for something to be added to the ... prohibited list, it must meet two of the three inclusion criteria:

Though The World Anti-Doping Agency (WADA) has increased the threshold for a positive test, it has not taken marijuana off the list because it still asserts that the drug meets at least two of the above criteria. Also according to USADA: The 2021 World Anti-Doping Code newly classifies THC as a "Substance of Abuse" because it is frequently used in society outside the context of sport.