Testimony in the trial of lawyer Michael Sussmann shows how the FBI worried about being "played" in the wake of the 2016 probe of Hillary Clinton's emails.

Testimony shows how the FBI worried about being "played" in the wake of the 2016 probe of Hillary Clinton's emails.

The trial of well-connected lawyer Michael Sussmann centers on whether he lied to the FBI while sharingpotentially damaging allegations about Donald Trump at a key moment in the 2016 presidential campaign.

But the first week of testimony showed the prosecution's hopes for a conviction rest largely on a much broader set of assertions: that the FBI, the Hillary Clinton campaign and the press collided in ultimately harmful ways, leading to the public airing ofunsubstantiated allegations shortly before Election Day.

Sussmann's trial is the first courtroom test of the investigative work done by special counsel John Durham, appointed by Trump administration Attorney General William P. Barr to probe whether the federal agents who investigated the 2016 Trump campaign committed wrongdoing. Somewhat surprisingly, in this prosecution and another scheduled for trial this fall, Durham's team contends not that FBI officials committed crimes but were the victims of others' lies.

Sussmann, a cybersecurity lawyer who has represented Democrats and technology firms, has denied breaking the law. His defense team argues that what prosecutors suggest was a duplicitous conspiracy to smear Trump was in truth people acting independently, and with good intentions, to raise alarms about what they saw as suspect behavior.

Suspicions were already running high in political and government circles in September 2016 when Sussmann arranged a meeting with the FBI's top lawyer, James Baker, to share important computer data and analysissuggesting a secret communications back channel between the Trump Organization and Russia-based Alfa-Bank.

When the two men sat down in a conference roomon the 7th floor of the J. Edgar Hoover building, the FBI was wary of being played by political operatives. Two months earlier, then-FBI Director James B. Comey had ended the investigation into Clinton's use of private email for sensitive government issues, holding a highly unusual news conference to publicly criticize her conduct.

Still furious over that issue, the Clinton campaign had refused to meet with FBI agents to discuss security amid an ongoing Russian hacking and leaking campaign. And both the Clinton campaign and the FBI suspected people in the Trump campaign might be conspiring with Russia to interfere with the election.

In testimony that stretched over three days last week, Baker insisted Sussmann told him he had brought the computer data not on behalf of any client or company. Baker said if he had known, as the prosecution charges, that Sussmann was acting on behalf of the Clinton campaign and a technology executive, he would have handled the information differently — and might not have even agreed to the meeting.

Baker is the sole direct witness to the conversation, and Sussmann's lawyers have repeatedly challenged his credibility on this point, noting that in one earlier interview, Baker said Sussmann was representing cybersecurity clients; in another, he seemed to say he didn't remember that part of the talk. Prosecutors introduced billing records from Sussmann's law firm listing the time he spent on the issue as work on behalf of the Clinton campaign.

Baker told the jury that while his earlier statements may be inconsistent, he is "100 percent confident" of his memory that Sussmann claimed to be acting on his own.

He testified Sussmann also told him a major newspaper — he later learned it was the New York Times — was preparing to write about the allegations. That worried Baker: He knew a news story would likely cause any suspicious communications to stop, and so he wanted the FBI to be able to investigate before an article appeared. Prosecutors say it was Sussmann himself who had provided the information to the Times.

"It would have concerned me, whether there was an effort to play the FBI and drag us into the ongoing political campaign and make us a pawn in the campaign in some fashion," Baker said. "It would have alarmed me, this nexus with the press and whether there was some effort to engineer a situation where the FBI would be investigating this material and that the press — even though it couldn't determine the reliability of that material and couldn't report on it — could report the FBI was investigating it."

Ultimately, the FBI investigated the computer data and decided it was nothing suspicious.

Baker's account underpins the core assertion of the prosecution case — that Sussmann lied about the client he was representing to try to spark both an FBI investigation and a news story about an issue that would hurt Trump's election chances.

Left unsaid was another reason Baker might have reacted differently if he had known Sussmann was acting on Clinton's behalf: Of all of Comey's senior advisers who worked on the Clinton email case, Baker was arguably the most critical of how she and her staff had communicated on sensitive topics, according to those who worked with him at the time, who spoke on the condition of anonymity to discuss internal deliberations.

If Baker had knownSussmann's information came from a Clinton campaign opposition-research effort, he might have had a much more negative reaction. It's unclear whether Sussmann was aware at the time of Baker's views about the Clinton email case.

The Sussmann trial is being closely watched by lawyers, government officials, and political operatives for potential fallout. On the witness stand, Baker bemoaned the "maelstrom" of false accusations against him from Trump and other supporters since his meeting with Sussmann.

The case has even drawn the attention of the world's richest person, Elon Musk, who tweeted repeatedly about it this past week — a particularly awkward situation for Baker since Musk is attempting to purchase Twitter, where Baker now works as a lawyer.

"Bet most people still don't know that a Clinton campaign lawyer, using campaign funds, created an elaborate hoax about Trump and Russia. Makes you wonder what else is fake," Musk tweeted Friday, after Baker finished testifying.

Baker told the jury that a few days after the Sussmann meeting he spoke to the Times reporter working on the story, Eric Lichtblau, and asked thatthe story not publishuntil the FBI could investigate further.

Baker said it is unusual but not unheard of for a government agency to make such a request.

The newspaper told Baker that they needed more time to investigate — which, he testified, bought the FBI more time to do the same.

Lichtblau, a prizewinning reporter who has since left the paper, is expected to be called as a defense witness as early as this coming week. There are unresolved questions about what he would talk about if he testifies. Lichtblau has agreed to discuss his conversations with Sussmann and Joffe, but lawyers for the reporter say he should not have to answer questions on other topics. U.S. District Judge Christopher Cooper signaled last week that he may hold a hearing on the subject beforeLichtblau takes the stand.

The prosecution contends that what Sussmann and the Clinton campaign were really after was a kind of "October surprise" — a damaging revelation against Trump shortly before voting began. At times, the prosecution team has suggested that reporters can be patsies in that strategy.

Mook told jurors the Clinton campaign simply "did not trust" the FBI. "Two or three of the most damaging days of the campaign were caused by James Comey, not Donald Trump," he said, referring to how the FBI had handled the email case.

Mook added that Alfa-Bank was just one of many stories at the time about possible connections between Russia and Trump.

In February 2017 — after Trump took office — Sussmann was still trying to persuade the U.S. government topursue the Alfa-Bank issue, and still trying to invoke the Times to make that happen, according to another witness.

Mark Chadason, a former CIA officer, said he met with Sussmann and helped set up a meeting between the lawyer and agency officials to discuss the Alfa-Bank claims and a related allegation.

In an email at the time, Chadason wrote that Sussmann said his client wanted the information to go to a senior CIA official, adding that "if there is no interest, he would most likely go to New York Times."

Durham ignores that the CIA and FBI constantly investigated Trump's Russian connections in the years leading up to the 2016 presidential election.

One additional allegation did not amount to squat.

Durham ignores that the CIA and FBI constantly investigated Trump's Russian connections in the years leading up to the 2016 presidential election.

That's okay, the rest of the right wing assemblage also ignores that.

Sure would be nice--for once--to see some evidence of such claims.

Sure would be nice--for once--to see some evidence of such claims.

That's exactly what I said during the "lock her up" chants.  What a coincidence.

That's exactly what I said during the "lock her up" chants.  What a coincidence.

Hillary would be so proud of you! 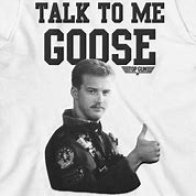 That's okay, the rest of the right wing assemblage also ignores that.

Ignores what????????????  Was a crime committed, just because they investigated doesn't mean shit, so stop bitchin about it or show us the indictment.

Was a crime committed

Where the hell did I even claim a crime was committed?  Stop trying to put words in my mouth, just because you have nothing else to say on topic.

Professor Principal
2.1  JohnRussell  replied to  Vic Eldred @2    one month ago

And some say the American right isnt brainwashed.

FBI worried about 'getting played' in the 2016 election?  Well, their worries are over.  Putin's Intel with American help played them perfectly.