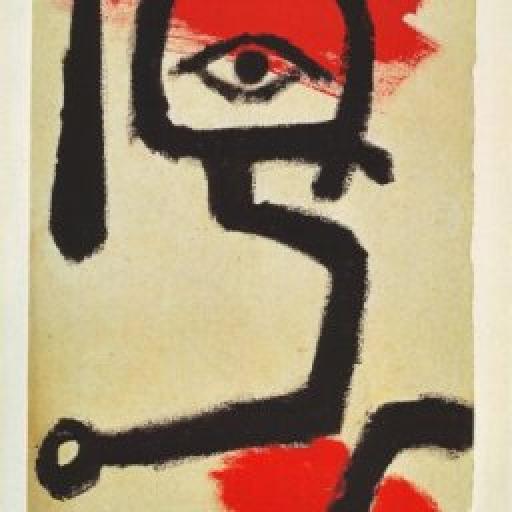 Via: JBB  •  31 comments  •  6 hours ago
Trump cannor be allowed to pick Ginsburg's replacement. Americans won't stand for it...
Sep 18 7:59pm @5 Can we all agree to honor this most extraordinary life, well lived, by not offering any comments to anything other than our own moment of silence   Thank you all in advance.

Via: JBB  •  25 comments  •  11 hours ago
Trump could make George Orwell's Big Brother blush...
Sep 18 3:49pm @5 If one was ever on the fence, for whatever imaginable reason, this alone should be enough to persuade one to cast a ballot against such rhetoric. Any true patriot would acknowledge the same.

Via: Vic Eldred  •  108 comments  •  11 hours ago  •  LOCKED
Sep 18 12:47pm @8.1 If education be prefaced with any self-serving adjective, it ceases to be a call for education, but succumbs to a long and ugly list of indoctrination...an historical list littered with some of the...
Sep 18 12:24pm @7.1.8 Placing blame on our educational system, whether imposing curriculum standards to ‘right’ imagined wrongs or castigating ‘universities’ for once again not following the ‘right’ agenda is a purely...
Sep 18 11:57am @7.1.5 No, Vic. It is the university of our eyes. The undeniable evidence that there are two separate tiers of jurisprudence.  That there are unequal educational, housing, and employment opportunities...
Sep 18 11:03am @7 Nothing will define our division more than this. Some will bemoan the loss of holding to a faction’s traditional values. Some will make it a political and partisan rebuttal. Sadly, we have all...

Via: Bob Nelson  •  61 comments  •  13 hours ago
Louis XIV was the most powerful monarch in Europe. He bankrupted France getting there - his excesses led directly to the Revolution. He is famously known to have said: "L'étât, c'est moi!" ("I am the state!") and  "Après moi le déluge!" ("When I'm gone, the flood can come!")
Sep 16 2:43pm @3.1.36 Agree to a point... here’s to accountability at every level. It is incumbent upon the administration to enforce established law.
Sep 16 2:35pm @3.1.33 Let us ask all the employers who rely upon that workforce and are implicitly granted a pass and explicitly granted another pass.

By: JohnRussell  •  73 comments  •  3 days ago
The most commonly accepted model for future coronavirus deaths says there will be over 200,000 additional covid deaths between now and New Years.  This prediction is based on many people not following coronavirus guidelines during the fall and the beginning of the winter.  200,000 ADDITIONAL deaths. According to the modelers, many of these deaths could be avoided if people were to wear...
Sep 14 6:24pm @7 Wearing a mask is a minor inconvenience. Wearing a mask is not an affront to your rights. Wearing a mask is an acknowledgment that you care for your fellow citizens. The simplest of gestures...and...

Via: Perrie Halpern R.A.  •  36 comments  •  5 days ago
Sep 14 11:42am @10 As a middle-school teacher in a previous life, an assignment given my students as an election approached was to write a short exposition of whom they were voting for and more importantly, the...
Sep 14 11:18am @3.1.9 "..." As opposed to the those who will summarily decide for all of society what they themselves define to be true. A much more frightening scenario in any context.

Via: JBB  •  15 comments  •  one week ago
Sep 10 11:52am @3 "He was a fattish but active man of paralyzing stupidity, a mass of imbecile enthusiasms–one of those completely unquestioning, devoted drudges on whom, more even than on the Thought Police, the...

Via: Bob Nelson  •  15 comments  •  one week ago
I know of no "traditional conservatives" here on NT. There are some TrumpTrueBelievers TM , but they have no notion of policy beyond blind obedience to whatever President Trump commands. There are quite a few members who are here just to argue. Most take the Trump's side of any argument, but not all.  There are several TrumpApostles TM - people who find interest in espousing...
Sep 09 1:31pm @1.1.3 Trumpism...when fear and ignorance, a latent and insidious sentiment as our society attempted to progress into the 21st century was given voice and normalized through daily commentary uttered in...
Sep 09 1:10pm @3.1 Exactly this. Yearning for a post WWlI Ozzy and Harriet sitcom, where suburbia became the bastion of all that is good, all that is American. As comfortable as an easy chair, reclining in knowing...

By: Vic Eldred  •  159 comments  •  one week ago  •  LOCKED
Not long after the GOP Convention, polls, for what they are worth, seemed to be narrowing. As we all know polls can be influenced by such things as how questions are asked, what questions are asked, who is asked and the woke individuals who might just be tallying up the results. We also know that the most accurate form of polling is the internal polling of political campaigns, the kind the...
Sep 08 1:13pm @6.1.31 "..." If that is your criteria this election cycle, we should all be looking for another option.
Sep 08 1:04pm @6.1.20 "..." And just whom, pray tell, will be standing in for Lincoln?  And if your answer is as expected...it is no longer a reasonable debate, but a grade-school playground taunt-fest.

Via: JohnRussell  •  52 comments  •  one week ago
Sep 08 12:43pm @1.1.5 "..." Indeed unlucky in having an administration more focused on placing blame than dealing with the situation as it has escalated. That the most advanced country on the planet was saddled with...

Beside the point? Punctuation is dead, long live punctuation

Via: Bob Nelson  •  12 comments  •  2 weeks ago
I'm a grammar ayatollah. I admit it! Good grammar, syntax, and punctuation help good understanding. If we assume that the purpose of emitting a message is to have it understood by the receiver, then it follows that applying good grammar, syntax, and punctuation is a necessity. Alternatively, there a lot of people who don't give a shit. They just blame the misunderstanding on the...
Sep 03 12:26pm @5.2 "..." Brilliant, sir. I have flagged this comment for all to heed. Now the mind-numbing reliance on the emoji or meme when sadly, words are somehow at a loss when attempting to compose a thought.
Sep 03 11:05am @4.1.1 Well written.
Sep 03 10:51am @4 The proper use of grammar is the first indication, for all to see, as to whether you know your shit, or whether it is apparent you know you're shit.

In Act of Heresy, N.R.A.'s Former No. 2 Calls for Gun Control

Via: FLYNAVY1  •  16 comments  •  2 weeks ago
Sep 03 12:12pm @1.2 "..." ...just another disgruntled employee according to the forthcoming defenders. Any responsible gun owner should take no issue with comprehensive background checks and the responsible...

By: Vic Eldred  •  111 comments  •  2 weeks ago  •  LOCKED
Kyle Rittenhouse is a 17-year old Antioch, Ill., resident whom prosecutors have accused of fatally shooting two men & wounding another amid violent protests in Kenosha, Wisconsin. A judge will decide at a hearing on Sept. 25 whether Mr. Rittenhouse will be extradited to Wisconsin, where he would be tried as an adult. Mr. Rittenhouse could face life in prison if convicted of...
Sep 01 1:54pm @11 Akin to the Stockholm Syndrome, a new disorder has arisen in the Rittenhouse Effect. A pathological condition where political partisanship becomes an obsessive, driving motivation in discussing any...
Sep 01 12:53pm @8.1.4 "..." From the moment he logged on to a site recruiting vigilantes. From the moment he took a weapon out of the closet and loaded it. From the moment he got into a car and drove across state...
Sep 01 12:03pm @1.2.9 "..." In AZ they enacted 'Shannon's Law' after a 14 -year old was killed by a stray bullet fired recklessly, but that is rather immaterial to the discussion at hand. And yes, they are all...