The book is a minor masterpiece of political memoir: incisive, efficient, bereft of vanity and score-settling.

The ordinary reader may be forgiven for concluding that modern presidential memoirs are meant to be talked about, not read. They attempt to offer a comprehensive and idealized version of the protagonist’s life and time in office but fail to say much of anything memorable. Nobody would read Lyndon Johnson’s “The Vantage Point” or Jimmy Carter’s “Keeping Faith” for reasons other than research. Richard Nixon’s “RN” and Bill Clinton’s “My Life” bury their insights in an ocean of forgettable words. George W. Bush’s “Decision Points,” the best and most readable presidential memoir since Harry Truman’s, is a partial exception here—it contains fewer than 500 pages. But it, too, could lose some weight; nobody now wants to read about, for example, the 43rd president’s Malaria Initiative. I haven’t yet read “A Promised Land,” the first volume of Barack Obama’s account of his time in the Oval Office, but I fail to see how a man can write more than 700 pages and get no further than the third year of his presidency.
“The Autobiography of Calvin Coolidge” is a wonderful counterpoint to the modern presidential memoir. The book, originally published in 1929, is now issued in a handsome paperback edition that includes three afterwords and an appendix of speeches by the 30th president; the autobiography itself concludes on page 158. Coolidge takes two of the book’s seven chapters to recall his 51/2 years as president. “It is a great advantage to a President, and a major source of safety to the country,” he writes, “for him to know that he is not a great man. When a man begins to feel that he is the only one who can lead in this republic, he is guilty of treason to the spirit of our institutions.”

His humility wasn’t an act. Coolidge was nominated as Warren Harding’s vice president not because he wanted to be president—at the time, he didn’t—but because a large number of Republicans from around the country admired the skill with which, as governor of Massachusetts, he put down the Boston Police Strike of 1919. “I was convinced in my own mind that I was not qualified to fill the exalted office of President,” he recalls. Harding died in 1923, making Coolidge president. He won the presidency in his own right in 1924, taking a majority of the popular vote against two opponents—Democrat John W. Davis and Progressive Robert La Follette—while hardly mentioning either by name.

Republicans expected him to run again in 1928, but he declined. Vacationing in South Dakota the year before, he issued a terse statement: “I do not choose to run for President in 1928.” Why? Because, as he puts it in the “Autobiography,” “the people would not have confidence in a man that appeared to be grasping for office”—if only!—and in any case “the chances of having wise and faithful public service are increased by a change in the Presidential office after a moderate length of time.”

The current edition of the book is introduced and edited by the historian Amity Shlaes and by the president of the Calvin Coolidge Presidential Foundation, Matthew Denhart. Ms. Shlaes’s 2013 biography of Coolidge made a strong case for his high character, political insight, and judiciousness on fiscal and economic matters. Read on its own, the “Autobiography” does nothing to diminish her case. The book is a minor masterpiece of political memoir: incisive, efficient, bereft of vanity and score-settling.

The myth of Silent Cal is loosely connected to truth. The most famous story of his taciturnity—at a dinner, a woman told him she’d bet a friend that she could get more than two words out of the president, to which he replied, “You lose”—is likely an invention. But he was parsimonious with words. In the “Autobiography” he writes of “the value of a silence which avoids creating a situation where one would otherwise not exist.”

Coolidge’s reticence was not a sign of dullness. He had a gift for perceiving the heart of a political question and expressing what he saw in clear, direct prose. He writes about the apprehensions he felt in the 1910s of a new “spirit of radicalism”—radical progressivism—sweeping the nation. “It consisted of the claim in general that in some way the government was to be blamed because everybody was not prosperous, because it was necessary to work for a living, and because our written constitutions, the legislatures, and the courts protected the rights of private owners especially in relation to large aggregations of property.” As a description of American progressivism, then or now, I’m not sure that sentence can be improved.
The book’s finest passage appears in its penultimate chapter, mundanely titled “Some of the Duties of the President.” The president must remember at all times, he writes, that he is “dealing with two different minds.” The first is the “mind of the country,” desiring the nation’s welfare but remaining “unorganized, formless, and inarticulate.” The other is the “political mind”: “a strange mixture of vanity and timidity, of an obsequious attitude at one time and a delusion of grandeur at another time, of the most selfish preferment combined with the most sacrificing patriotism. The political mind is the product of men in public life who have been twice spoiled. They have been spoiled with praise and they have been spoiled with abuse. With them nothing is natural, everything is artificial.”

A few people in politics remain unsusceptible to these perversities, Coolidge says, “but they are not sufficient in number so that the public business can be transacted like a private business.” In that last sentence—as usual, he doesn’t expatiate on it—Coolidge makes clear why government cannot be run on a rational basis: because the people charged with running it are in the grip of irrational compulsions.

Reticence, humility, economy of words: Calvin Coolidge’s disposition and career are shockingly contrary to anything recognizable in our politics. He was, despite his own view on the matter—and perhaps because of it—a great man.

—Mr. Swaim is an editorial-page writer for the Journal.

"The ordinary reader may be forgiven for concluding that modern presidential memoirs are meant to be talked about, not read."

Our Readers are not ordinary.


What a contrast Coolidge was to our modern narcissistic politicians.  How would have the US have been different if he had run for a second term?

The Autobiography of Calvin Coolidge 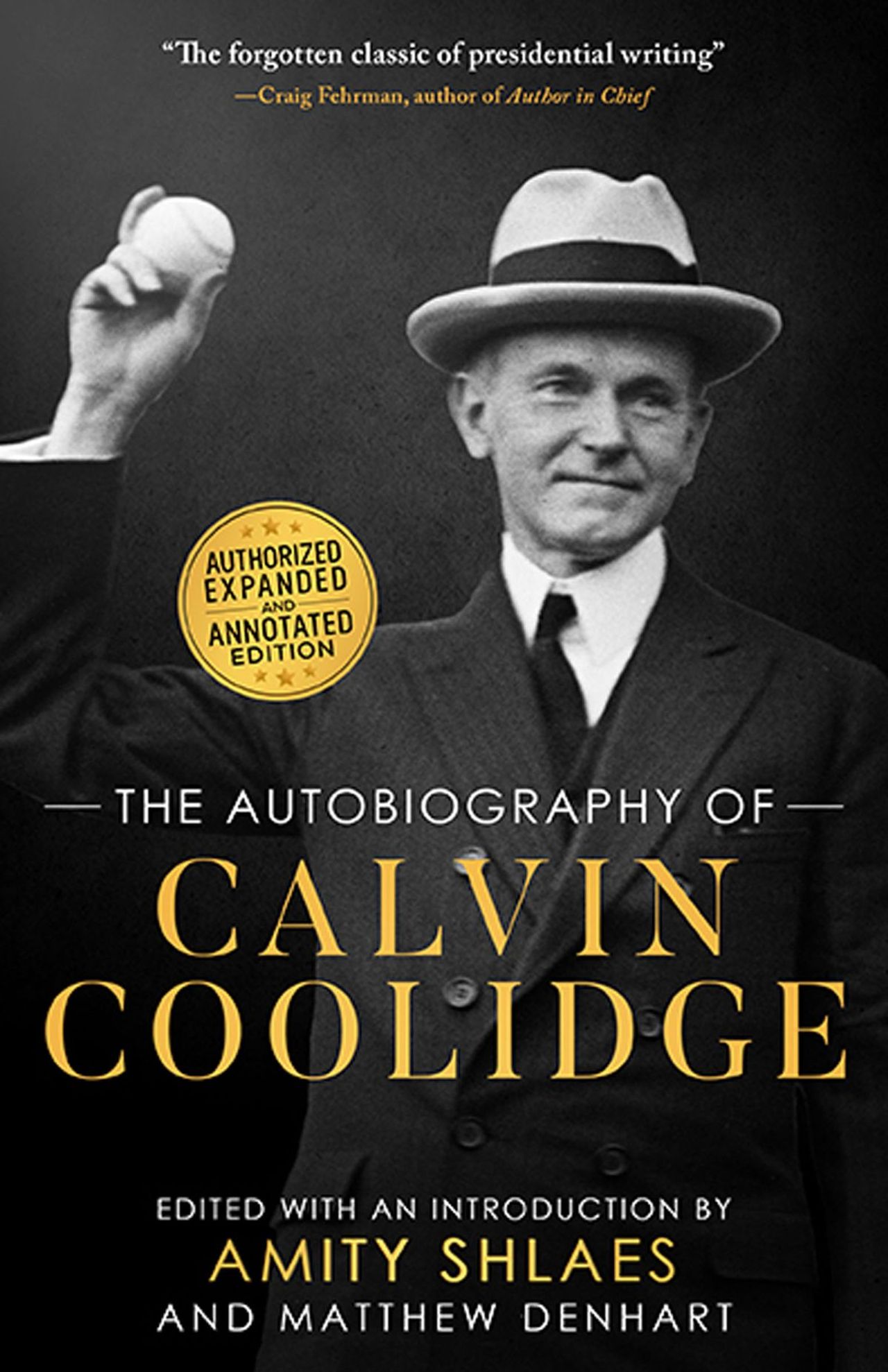