Has any sunken ship in history sprung more leaks than a hearing at which Chairman Schiff presides or participates?

The rationale offered by   Chairman Schiff   is preposterous.

I, too, was a federal prosecutor for many years. I can assure you that an impeachment inquiry is vastly different from a grand jury investigation in its nature and purpose.

Grand jury investigations are criminal inquiries in anticipation of prosecution in judicial courts. They do not focus on the actions of public officials – except in comparatively rare public corruption investigations, and even in those cases the issue is the alleged criminal behavior, not the status of the suspect.

Under our fundamental principles, Americans are presumed innocent until proven guilty of a criminal offense after a trial or guilty plea, with all the due process protections that apply. If grand jury proceedings were public, it would undermine the presumption of innocence by suggesting that law enforcement officials believed the suspect was guilty.

Moreover, our jurisprudence holds that in a criminal case, the court is entitled to every person’s evidence. If a witness possesses information relevant to a criminal investigation, our law allows prosecutors to issue a subpoena compelling the witness to provide testimony and produce documents and other physical evidence. Grand jury secrecy promotes the fulfillment of this obligation by witnesses who might otherwise defy subpoenas out of fear of retribution from violent criminals.

An impeachment inquiry is nothing like this. It is not a criminal investigation in anticipation of judicial proceedings. It is strictly a political matter. It involves Congress – the public’s representatives – inquiring into the public actions of public officials granted public authority and underwritten by public funding. The presumption of innocence applies to crime. Under the Constitution, Congress does not need to find a crime in order to impeach a public official. Impeachment deals with whether the official is fit for an office of public trust, not whether the official committed a criminal offense.

That is, impeachment is solely about political accountability. It is a quintessentially public question.

Grand juries, moreover, are presumptively impartial. The grand jury exists as a constitutional protection: Before the state may charge an American with a crime, it must satisfy a body of objective citizens that there is sufficient evidence (probable cause) to proceed to trial.

In marked contrast, an impeachment inquiry is a political inquest conducted by partisans. There is no pretense of objectivity. And the Trump impeachment inquiry is as partisan as it gets. Does anyone believe that Adam Schiff is an impartial factfinder? We are talking, remember, about the same Adam Schiff who started the Trump presidency spouting allegations from the farcical Steele dossier, and more recently started his impeachment proceedings with a caricature of the Trump-Zelensky phone call that was too farcical for a Grade-C mob movie script.

Schiff, naturally, has no response to this. What response could he have, since it could not be more obvious that his impeachment inquiry, which still has not been endorsed by a vote of the full House, is nothing like a grand jury investigation?

Instead, he offers a different rationalization: The witness interviews need to be secret to prevent administration officials from getting their story straight by hearing each other’s version of events before testifying. The implication, of course, is that the public officials he is summoning would otherwise commit perjury (so much for the presumption of innocence!).

This, too, is absurd. As Schiff well knows, secrecy does not prevent witnesses from comparing notes outside the hearing. Indeed, even in criminal investigations, where grand jury secrecy applies, witnesses commonly form joint defense agreements which enable them to share notes about what the investigators are asking.

Furthermore, has any sunken ship in history sprung more leaks than a hearing at which Chairman Schiff presides or participates? It is not like Schiff’s secrecy straitjacket prevents witnesses from learning a quite selective version of what the other witnesses told the committee. They need only watch the news or read the papers.

The vast majority of witnesses, public officials very much included, take seriously the oath to speak truthfully. What otherwise prevents people from lying is the fact that it is a felony to commit perjury at, or otherwise corruptly obstruct, congressional hearings.

We conduct trials in public. That’s because secrecy is antithetical to the legitimacy of tribunals. To be assured that proceedings are fair and consistent with due process, the public must see them. If lawyers are worried that witnesses have compared notes with each other, they can ask the witnesses about that, and the tribunal can take their answers into account in assessing credibility.

The Democrats’ impeachment inquiry is an outrageous departure from due process and public legitimacy. The People’s representatives are supposed to do the public’s business in public. The only legitimate reason for closed-session proceedings would be to protect the disclosure of classified information that would damage national security if revealed.

If Chairman Schiff, Speaker Nancy Pelosi, and their fellow Democrats truly believe President Trump committed high crimes and misdemeanors, they should welcome public hearings. They should be proud to go on record by voting to hold an impeachment inquiry, and – as in prior impeachments – they should be fearless about giving the president and the Republican minority due process rights to cross-examine and subpoena witnesses.

Instead, they refuse to vote, hide behind closed doors, withhold key documents and testimony, and provide their media friends with selectively skewed leaks. It is the Russia “collusion” phantasm 2.0 – the construction of a partisan narrative, not the fulfillment of a public duty. 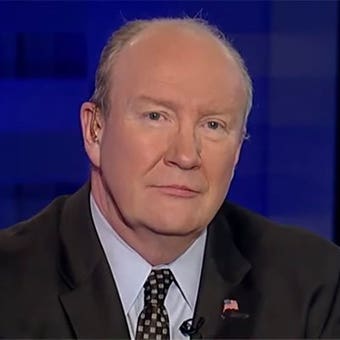