I was on the road yesterday. We went to Phoenix to watch the Suns play against the Charlotte Hornets. And more particularly their French star, Nico Batum, whom we have met when following the French national team. We already went to a Suns / Orlando Magic game, for Evan Fournier; and we will go twice to Suns / Spurs games, for Tony Parker and, especially, Boris Diaw. (Boris was recently nicknamed "Tea Time" by Spurs newbie LaMarcus Aldridge, because the Frenchman makes everything look so easy and elegant.)

So... Nico did not play because of a sprained toe. The game was a comedy of errors. The Suns "won"... but yeeesh!! 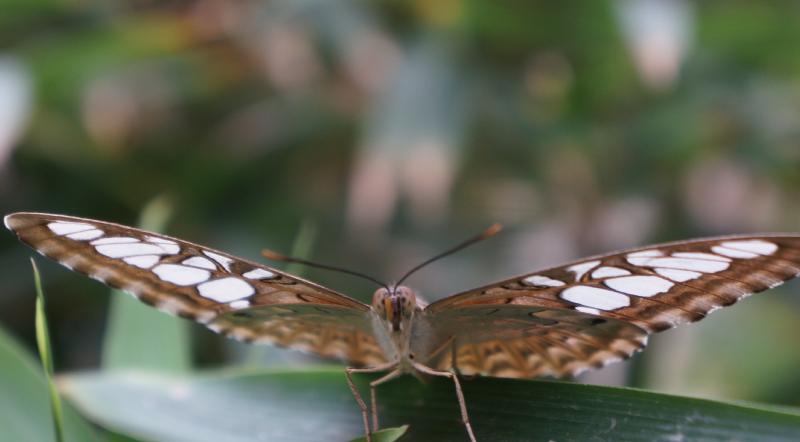 I'll post a bunch of these when I find the time.

Being on the road, I was doing my email, RSS feeds, and whatnot only sporadically, on my phone. OK... it has the biggest screen out there (Xperia Z Ultra, 6.44 inches), but still. Not at all practical for posting!

Larry Hampton seeded an excellent article ( The Likely Cause Of Addiction Has Been Discovered, And It Is Not What You Think ) that dovetails very nicely with an article that I was in the process of storing for seeding today, at home, on a full-sized keyboard. Go read Larry's seed now, and then come back. Between these two articles, your understanding of "drug abuse" will not be the same. You may have heard that marijuana is a gateway drug. Republican presidential candidate Chris Christie makes this argument seemingly  every chance   he   gets . Anti-drug groups  often make similar claims .

The evidence seems convincing enough at first blush: studies show that 99 percent of illicit drug users  tried marijuana before they did any other drugs . But on its own, this line of thinking actually is pretty tenuous: we could also safely assume that 99 percent of illicit drug users also tried coffee, or soda, or chocolate milk before moving on to stronger substances.

New research out this month  in the Journal of School Health could shed some light on this question. A team of researchers from Texas A&M and the University of Florida examined data from from 2,800 U.S. 12th graders interviewed for the  Monitoring the Future study , an annual federal survey of teen drug use. They wanted to establish which substances teens typically used first.

They give away their findings in the title of their paper: "Prioritizing Alcohol Prevention: Establishing Alcohol as the Gateway Drug and Linking Age of First Drink With Illicit Drug Use." They found that "the vast majority of respondents reported using alcohol prior to either tobacco or marijuana initiation."

Not only that, but of those three main substances -- alcohol, tobacco and marijuana -- kids were the  least  likely to start using pot before the others.

"Alcohol was the most widely used substance among respondents, initiated earliest, and also the first substance most commonly used in the progression of substance use," the researchers concluded.

It's not clear to what degree, if any, this reflects greater availability of alcohol. Researchers typically see marijuana as in the same general universe of availability as alcohol and tobacco, simply because use of those three are so widespread compared to other substances. In fact 12th graders now are more likely to use marijuana than tobacco, despite one being legal and the other not. Jonathan Caulkins of Carnegie Mellon University  told me last month  that perceived availability of marijuana, as measured in the Monitoring the Future studies, has been at a high level for 20 years.

But we're still playing a game of "which drug came first" here. The researchers go on to argue that the question of which drugs kids start with is a lot less important than the question of  how early  they start using. "Overall, early onset substance initiation, whether that is alcohol, tobacco, or other drugs, exerts a powerful influence over future health risk behaviors," they write.

For starters, they found that the earlier kids started using alcohol, the more likely they were to go on to try other drugs. Kids who had their first drink in 6th or 7th grade went on to try an average nearly two illicit substances later. By contrast, kids who waited until 12th grade to drink had only tried an average of 0.4 substances.

Larry's seed and this one dovetail perfectly. Almost everyone knows that alcoholism is often/usually/almost always accompanied by behavior problems, specifically relational problems. Alcoholics need to heal their relational problems if they hope to solve their alcohol problem.

So this "alcohol as starter drug" thesis is a symbiote for Larry's "relational problems underlie drug problems". Alcohol exacerbates any pre-existing relational problems, and if/when hard drugs become available, the person is a perfect victim.

When I was a kid the quality of the weed in Michigan was so poor I can understand why kids often chose alcohol. The quality of weed is much better these days here in Co. They should have no trouble getting their hands on some awesome dank. Hopefully now the taboo of weed has been diminished and is becoming legal in more states we will see these statistics change.

I've tried everything but heroin and peyote.  I also used to sneak booze from my parents liquor cabinet in high school.  I disagree that the alcohol was instrumental in trying other things, I just liked anything that made me think and feel differently, period.  Still do, to some extent.

Great article, and from a personal perspective, true.

My first drug was alcohol, before I was thirteen years old (tobacco was not far behind). By the time I was fourteen I had tried pot, though it was not as easy to get as cigarettes or alcohol. By the time I had graduated high school I had used all three of them habitually, as well as adding cocaine, mushrooms, acid, and Quaaludes. Since then (that was many moons ago!) I think I have tried about everything. At one time meth almost beat me down; toughest drug I ever kicked. I am very fortunate to have the support system I have as I was able to gain a lot of help dealing with addiction, and come out the other end with my skin still on.

Actually I have always found it confusing that  pot would be considered the gateway drug, almost everyone I knew started with alcohol and tobacco.

I was fortunate to never develop an addiction to anything. To this day I will say there was nothing better than watching the Grateful Dead on LSD. Not even sex as the Dead show lasted longer.

The Grateful dead started as an LSD-haze fueled house concert band; the two go hand-in-hand. I would have loved to have seen them while all wack on some purplemicrodot.

Yes, Dean Moriarty is a fictional character from Kerouac's On the road based on his good friend Neal Cassady with whom he traveled the country with. Neal Cassady was one of the Merry Pranksters who organized the Acid tests in California. The Dead would provide the musical entertainment at the Acid tests. Neal Cassady was the driver of the bus named Furthur made famous in Tom Wolfe's book The Electric Koolaid Acid Test. The nonfiction story of the Merry Pranksters acid fueled cross country trip in a psychedelic painted bus. 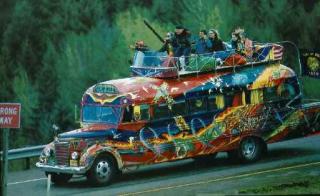