Mueller’s Investigation Just Got Some Insurance

The Flynn plea makes it difficult for Trump to can the special counsel without inviting charges of a cover-up and sparking a constitutional crisis.

The Dec. 1 plea deal struck with President Trump’s former national security adviser, Michael Flynn, marked a big step forward in Robert Mueller’s Russia investigation. It may also have provided some protection for Mueller against being fired by the president—and helped ensure that his probe will continue, even if one day he’s not leading it.

Flynn pleaded guilty to one count of lying to federal agents about his communications with the Russian ambassador last December. Given the other potential crimes that Flynn may have committed, including his failure to disclose that he was being paid millions of dollars by a Turkish company while serving as a top official in the White House, the relatively light charge signaled to many that Flynn had something significant worth sharing.


As Mueller’s probe has gotten closer to Trump’s inner orbit, speculation has risen over whether Trump might find a way to shut it down. The Flynn deal may make that harder. For one thing, it shows that Mueller is making progress. “Any rational prosecutor would realize that in this political environment, laying down a few markers would be a good way of fending off criticism that the prosecutors are burning through money and not accomplishing anything,” says Samuel Buell, a former federal prosecutor now at Duke Law School.


The Flynn plea also makes it difficult for Trump to fire Mueller without inviting accusations of a cover-up and sparking a constitutional crisis, says Michael Weinstein, a former Department of Justice prosecutor now at the law firm Cole Schotz. “There would be a groundswell, it would look so objectionable, like the Saturday Night Massacre with Nixon,” Weinstein says, referring to President Richard Nixon’s attempt to derail the Watergate investigation in 1973 by firing special prosecutor Archibald Cox.

from the seeded article

"Some experts believe that Mueller’s probe is now almost certain to reach a step beyond that. “Before this is wrapped up, Mueller’s going to request an interview with the president, and he may even request it under oath,” says Amy Sabrin, a Washington lawyer who worked for Bill Clinton on the Paula Jones sexual harassment case. “And then what is Trump going to do?” "

When Trump is put under oath and asked questions about subjects other witnesses will have already testified to, what is a pathological liar to do?

“Before this is wrapped up, Mueller’s going to request an interview with the president, and he may even request it under oath,”

Of course he is, he HAS to, if anything to make it look like T-Rump is guilty of something.

That is the whole point of all this....

Anyone with a brain who understands what is going on knew this weeks ago. What John, you running out of things to say to argue he is guilty? 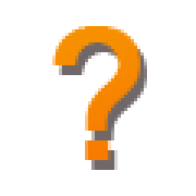 When Trump is put under oath

his ass is grass

You do realize he can tell them to fuck off right? nobody has to answer their questions. I would tell Mueller to fuck himself, and there isn't a damn thing he can do about it.

Nope, he has choices, the Fifth, the "I don't recall" defense  or he blames someone else, like Manafort or Flynn.

Only in your dreams:

This is, in fact, hyperbole. Mueller’s spokesman says—and there is no available evidence to contradict him—that the special counsel reassigned Strzok as soon as he became aware of the text messages, even without any evidence that Strzok’s work had been tainted. (As far as accountability goes, this compares favorably to other agencies of the Trump administration; President Trump allowed Flynn to remain at his post for more than two weeks after the White House learned he had lied to FBI agents.) Nor is Strzok’s involvement in either the Clinton investigation or Mueller team strange on its face—he was a highly experienced counterintelligence agent.

and there is no available evidence to contradict him

time is the lefts worse enemy.

it all starts here...

once it is known  mueller  is under investigation? he will be forced to fire himself.

that will be fun enough