Ok.... I have this little Yamaha Music Sequencer I've been playing with.  I programmed three instruments on it.  With a site as large as this one is getting to be, I expect I'm not the only one who likes to make music, although I'm an amateur, it's fun.  So I'm going to put the drums up first, bass up second and then the piano.  Then I'll put all three tracks up as one mp3.  The song still will not be complete, but we'll have the first three tracks.  See how long it takes you to figure what the song is.

It would be nice to have someone who could sing.  I don't want to embarrass myself in front of you.  If you would like to put a vocal on this song, contact me in Chat and I'll tell you how to do it.  During the meantime, you can record directly onto your computer without any extra software.  This article will tell you how.

How to Record Sound on Your Computer Without Special Software

How to Record Audio to Your Computer with Audacity

Also, if you have any other recording device, I may be able to convert your recording into a mp3 file, which I will have to do in order to add it to the song.

We'll get to the lyrics later.

None of this will be anywhere near professional, but it could be fun, if there is anyone who is already into recording music they've put together themselves.

The first thing I'm going to do is put the drum track in this article.  If you don't cheat, I think you will find it very difficult to figure out what the song is by only listening to the drum track, but give it a try anyway.

Well, this isn't very much, shouldn't last very long, but every minute I'm playing around with this is a minute I'm not harassing you over there in Politics.  Think about it. LOL

In a little while, I'll put the bass in the article.

During the meantime, I'll put up this song with one guitar, one vocal and enough reverb to fill up a concert hall.

Thanks John!!!  I've put the second track in the article.  I figure you'll be the first person to tell me what the song is, being the musical encyclopedia you are.  It will be easy when I put the piano up.

Oh, why wait.  I'm going to put the drums and bass in one file as the third recording in the article.

I listened to the track and it hasnt rung a bell yet.  I'm sure it will be obvious when I do see what it was.

I've put up two tracks now, plus the combination of those two tracks.  It's still difficult even for a person like you who seems to know quite a bit of music.  Listen to the third recording that is in the article now.  I'll be put the last track up shortly.

I have a little digital recording studio myself with motif keyboard, drum machine 4 guitars and a voice. Haven’t had a project this year but probably be doing some live performances later.

Great for you EB!!!!  Can you sing?  I assume you can if you're doing live performances.  I can change the key of the song since the three tracks are on a sequencer.  If you can sing, I can get those 3 tracks to you and you can add the 4th or how many others you want to them.

Here is another song a friend and I sat down and recorded.  I'm playing guitar on one track and my friend is singing 3 part harmony on the other three tracks.

I like that. Excellent guitar work. Really just reminded me of the performance that I saw David Crosby and Graham Nash and when he was announcing the song he said you never do it the same they have a lot of intricate harmonies in there and well mostly the the types of voices that are singing as they harmonize so well as you know cool song

If you listen carefully, you'll hear a lot of harmonic sound coming from the guitar.  I don't know where they came from.  I learned that song quite some time ago.  I couldn't play it now without practicing.  In all honesty, I wouldn't know where to start. LOL  I don't even remember the tuning, but the tuning produces those harmonics.  My friend did a good job on the singing as well, in my opinion.  He has the CSN vocal range.  He, his brother and another friend played around and played a lot of CSN music. 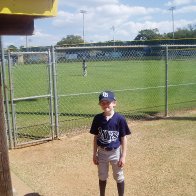 You sing Mag?  We need a singer.  I tried just singing into the computer, actually I just talked and it didn't do too good a job of recording.

Interesting that you asked.

In my younger days, sang with a band, did tv and radio.

Not anymore..those days are gone!

No singing at all?  I don't think anyone would want to hear me sing that song.  I can change key of the song to make it comfortable for your vocal range.

I understand your situation.  I'm way too busy these days and don't play out anymore, nor do I get together with others who play like I use to.  My fingers feel like the back of a baby's butt.

The night they drove 'ol dixy down.

I sing.. but I can't stand to hear myself in recordings. It always sounds differently live.

You got it right and you have the equipment where I can send you these three dry recordings and make it into something worth listening to as well.  Please!!!  The three basic tracks are in time and can be made into a whole lot more than they are now with very little effort from someone who knows what they are doing and has the equipment to do it.  Nothing would please me more than to have you have your sister sing it if you didn't want to, but I'd like you to if possible.

Another thing is the song is presently in the key of G and since the tracks are on the sequencer as they are, I can change the key to any key you would prefer. 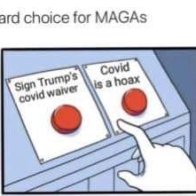 For a free program, you really can't beat Audacity.

The recordings are nice and clear in these tracks, which is good.

Anyway, keep up the good work. I have a project in the works as well. Always feels good to be pursuing things musically. Makes life much more fun than it would otherwise be.

Peter, these recordings in the article were programmed into the midi sequencer.  Three tracks to make the basic song.  it's an older Yamaha QY22 Music Sequencer.  The only way to make the individual tracks was to record directly into this Zoom H4 recorder by muting 2 of the tracks at a time until all three were recorded.  This Zoom is a little hand held unit as you probably know.  Then I connected the Zoom to my computer by USB and transferred each track to a designated folder.  There are no effects, so they are perfect for building on starting out with 192 mps mp3 files.  You can't send those wav files as easily.

Now my programming may not be the best, but it's close enough when you put it all together.  All the fill-ins and additions will bring it to life.

What do you use to record?  In other words, what is your setup?  I'm thinking of getting another computer, interfaces and look into recording programs, although I already have Nuendo.