For anyone worried about climate change, Jerry Taylor is an intriguing figure.

He “spent years as a professional climate denier at the Cato Institute... then Taylor began to change his mind. 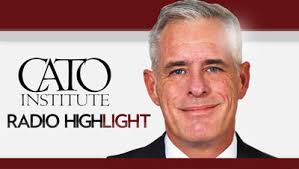 For anyone worried about climate change , Jerry Taylor is an intriguing figure.

He “spent years as a professional climate denier at the Cato Institute, arguing against climate science, regulations, and treaties in op-eds, speeches, and media appearances,” the MIT Technology Review explains. Taylor’s view, as he told Vox’s David Roberts, was that “it’s unclear how big a problem it is, there’s a lot of uncertainty, and there’s probably more of a chance that it’s going to be a relative non-problem than it will be a problem.”

But then Taylor began to change his mind.

First, he was willing to continue reading the scientific evidence with an open mind. And it became strong enough to persuade him. “While one can do some gymnastics to continue to defend the ‘there’s nothing to see here, folks’ argument, it became harder and harder,” he told Roberts.

Second, he was influenced by a couple of arguments from other conservatives — much as I hope that his own arguments may now persuade still other conservatives. One argument pointed out that climate change damages private property and impinges on people’s freedom. Another came from the risk-management ideas of Wall Street — that even small risks with terrible potential consequences must be taken seriously.

“If this sort of risk were to arise in any other context in the private markets, people would pay real money to hedge against it,” Taylor said.

In 2014 Taylor founded the Niskanen Center, which is doing important work imagining what a healthy conservative party could look like in this country. (David Brooks and New York Magazine’s Jonathan Chait have written more broadly about Niskanen’s work.) Having a non-destructive climate policy is, of course, a big part of the answer.

For anyone looking for other conservatives making the case for climate action, try:

Kathleen Parker of The Washington Post, who — perhaps not coincidentally — is based in the coastal state of South Carolina. “Make no mistake,” she wrote after Hurricane Harvey battered Texas. “We are being warned.”

Debbie Dooley, a pro-Trump conservative whom The Times has profiled.

Students for Carbon Dividends, a group with multiple college chapters.

Several of these conservatives think a carbon tax is more politically realistic than I do. Taylor, for example, makes the case for such a tax in his recent critique of the Green New Deal. But I’ll say this: If the conservatives who are worried about the climate can win enough Republicans to their side, a carbon tax may become more feasible than it is today. That would be very good news.

There are lots of links in the OA.

Taylor's story should be that of many people. Perhaps most people. After all, the idea that we might be burning the world is a bit big... Skepticism was a perfectly reasonable gut-reaction.

But human beings are "thinking" creatures, who should look beyond their emotional reflexes. Look at the facts...

But I’ll say this: If the conservatives who are worried about the climate can win enough Republicans to their side, a carbon tax may become more feasible than it is today. That would be very good news.

When it becomes a money making proposition ( which it already is for those with long term foresight) you will see the Koch brothers jump on the band wagon most likely. But until that time they will have to be won over individually.

To hasten the acceptance they may want to refer to it as climate shift rather than change, semantics I suppose.