Country diary: that Darth Vader soundalike is one ungrateful beaver 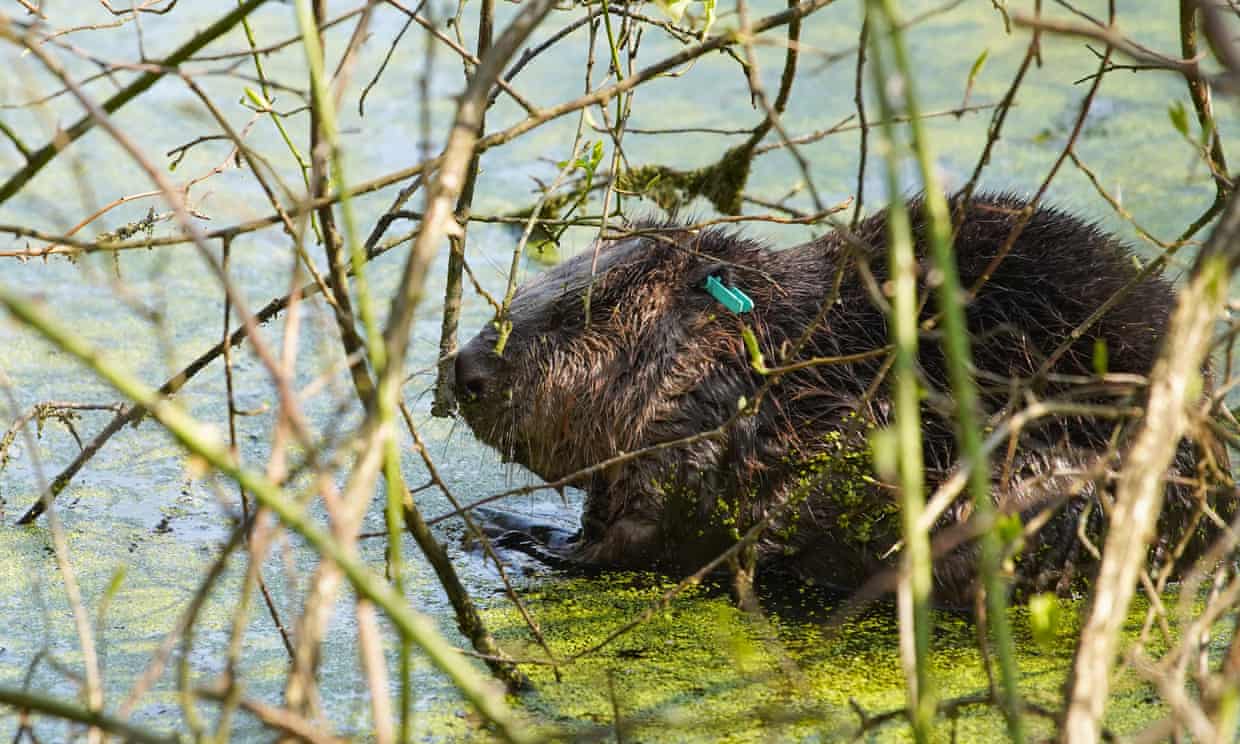 We make a strange procession as we descend the steep trail in single file, like a scene painted centuries ago on a Chinese silk scroll. We wind between tall pines and rhododendrons, crossing tiny water courses and cascades. In the midst of the group, two large wooden crates are carried, slung from stout branches. The bearers pause often to rest.

It feels out of time and far from home, but this is Cropton Forest, a part of Yorkshire that, thanks to a Forestry England flood management project, is about to regain something of its primeval identity. Earlier in the day, a huge and deeply disgruntled female European beaver hurtled into one of the crates from her temporary lodgings at a local zoo, 25kg of rage. Through the mesh door I glimpsed lustrous fur, two bright eyes and a flat black nose before she turned and slapped a tyre-tread tail against the mesh, an emphatic gesture of rejection.

Her mate in the second crate is smaller, younger, and silent, but the female keeps up a mixture of Darth Vader mouth-breathing and dinosaur growls all the way to our destination: a large pool, pea-green with duckweed, fringed with alder, goat willow and birch, flag iris and wild daffodils. The crates are lowered and we step back, give them some time.

The air is warm, heady with birdsong. New leaves are pushing the last old brown ones off the alders, and the goat willow catkins are fat and full. Daffodils bob and quiver. The growling stops.

Quietly, the mesh doors are opened. The female is first out and makes for the pool, hauling through the shallows like a hippo. As soon as water depth allows, she starts swimming, directly out into the middle, and on without a backward glance, disappearing into the carr on the far side. We don’t see her again.

The male, however, takes his time. He potters to the water’s edge, then spends the next hour gliding back and forth, leaving a slow, swirling wake in the weed and pausing often to peer around. He nibbles some leaves from an overhanging dog rose, then clambers on to a mossy, sun-dappled log and begins grooming with dexterous, careful paws. I can’t stop smiling. 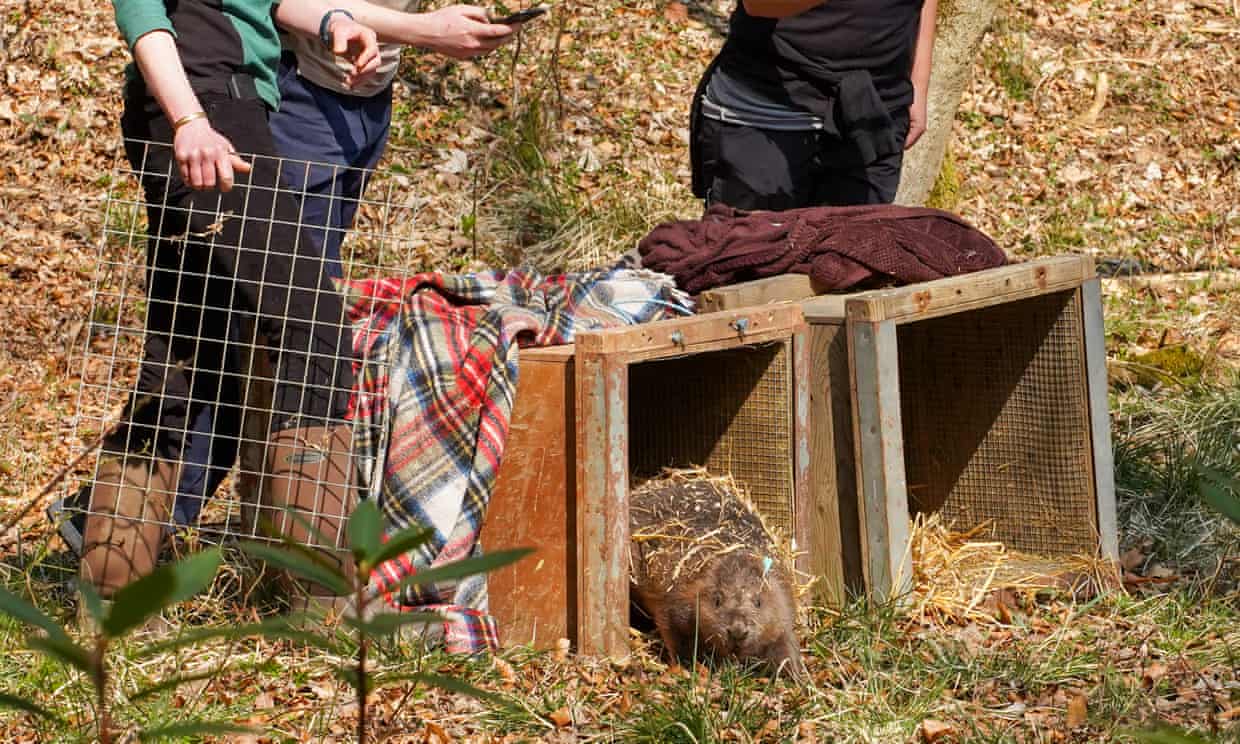 The male beaver being released from his crate at Cropton Forest. Photograph: Sam Oakes

The female is first out and makes for the pool, hauling through the shallows like a hippo. As soon as water depth allows, she starts swimming, directly out into the middle, and on without a backward glance, disappearing into the carr on the far side. We don’t see her again.