Australia is waging war, but it has an unlikely opponent.

Cats are the single biggest threat to Australia's native species according to Gregory Andrews, national commissioner of threatened species. Cats kill more than 1 million native birds and 1.7 million reptiles in Australia every day, says CNN, and felines span nearly 100 percent of the country.

Officials are carrying out the killings by dropping sausages from airplanes into areas where the cats are known to be living, reports Insider . The sausages, which are laced with an ingredient deadly to animals, are cooked with flavors most appealing to cats, per The New York Times .

"They've got to taste good. They are the cat's last meal," Shane Morse, who works with the sausages, told the Times .

But despite being a conservation effort, many conservationists disavow the killings. Tim Doherty, a conservation ecologist from Deakin University in Australia, told CNN that the plan is based on shaky science, and he said it only helps if the killed felines were already living in an area where they threatened native species.

At least they aren't hiring big game hunters to kill them with bows and arrows.

Cats are held as pets, so it becomes more emotional , and understandably so. If it were two million rats or snakes it wouldn't be much of a story.

The sausages, which are laced with an ingredient deadly to animals, are cooked with flavors most appealing to cats, per The New York Times .

As my Sainted Mother would say: The road to hell is paved with good intentions. Of course all the other animals know not to eat the sausages, or would they be considered collateral damage.

Whether we like it or not, we -- humanity - are responsible for all tje world's ecosystems. We have more or less eliminated all the apex predators -except ourselves, but we're working on that, too.

"Natural equilibrium" doesn't exist any more, so we must do things like this.

All kinds of feral animals introduced by white Europeans. 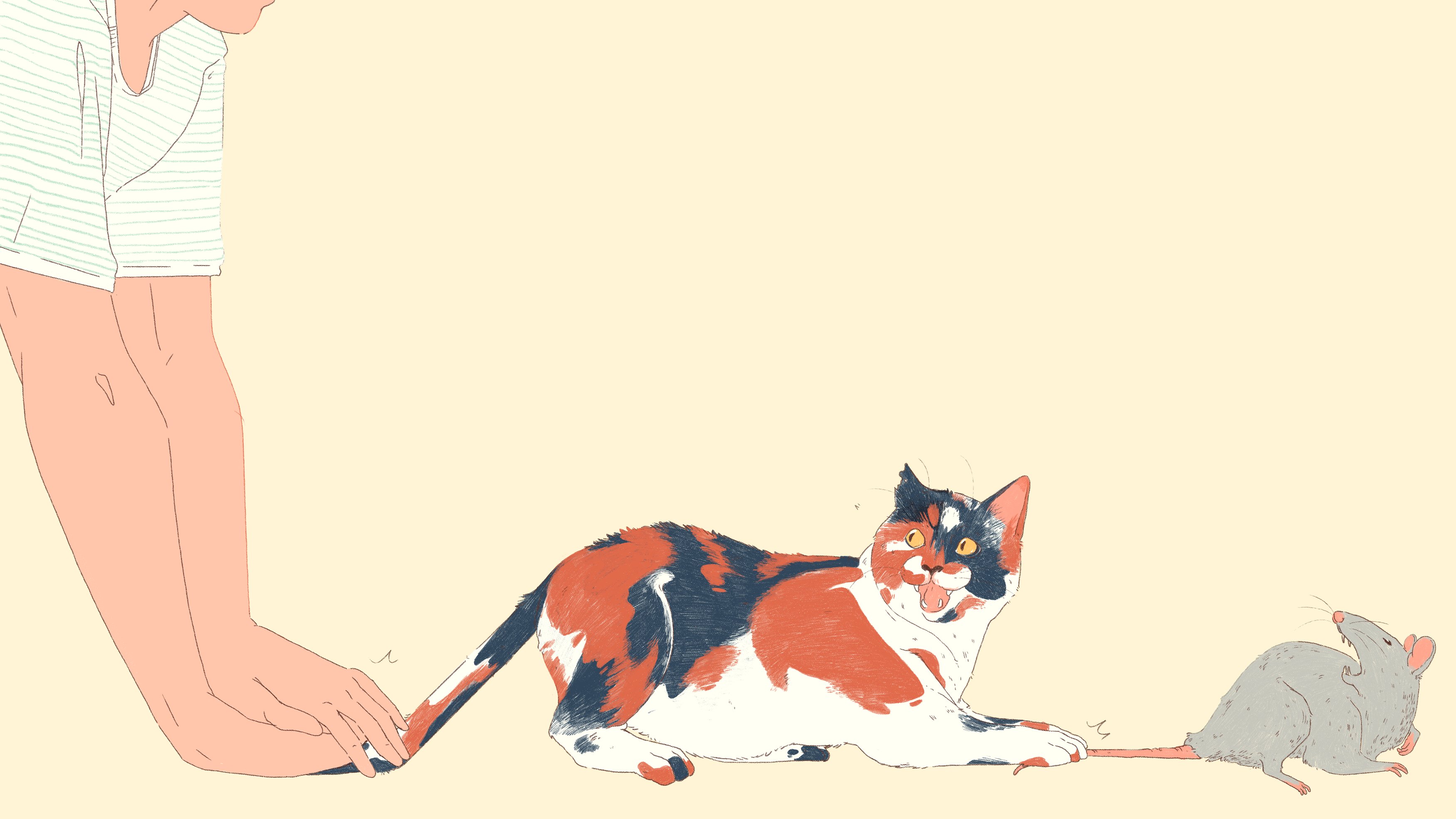 I hate outdoor cats with a burning passion. I set out to write a blog calling for an Isle of Dogs-style roundup of feral cats, a mass adoption drive and cat cull, and outlawing outdoor and community cats. But I’ve realized that things aren’t that simple.

Humans have already drastically altered the environment, and our impacts, including our beloved cats, come with us wherever we go. Cats are an extension of our destruction, and humans are passionate about their love or hatred of the animal. But when you try and distill the discussion down to facts, two contradictory things become clear: cats are a huge problem, and you can’t just undo the problem.

Humans domesticated the modern cat thousands of years ago as a form of early pest control, normally to keep rodents away from crops. The domestic cat is its own species of animal, created by our selective breeding. We keep cats in our homes and allow them to roam the streets. We’ve brought them with us wherever we’ve settled, where they serve as either companions or as pest controllers. Many have established feral populations. Some humans consider those feral populations “community cats” and care for them.

Outdoor cats—both the ones we leave outside and the ones that have established their own populations—are an environmental catastrophe. One highly-cited 2013 study found that cats (mostly feral cats) kill around 1.3–4.0 billion birds and 6.3–22.3 billion mammals annually in the United States alone, likely leading to population declines in some species. Cats are partially responsible for the extinction of 33 species endemic to islands and at least 20 species in Australia.

So, you might wonder, if they’re so bad for the environment, what do we do about cats? Presently, we attempt to control cat populations either through adoption or through trap-neuter-return programs—collecting cats off of the street, neutering them, and returning them to where they were found. Sometimes these programs work, and sometimes they don’t—as one study explains: “This suggests that all these efforts without an effective education of people to control the reproduction of house cats (as a prevention for abandonment) are a waste of money, time and energy.” In Australia, things have gotten so bad that they’re resulting to a mass feral cat cull, hoping to kill two million cats by 2020.

But studies show that you can’t just remove all of the cats from a place once they’ve shown up without putting some thought into it. On Macquarie Island between Australia and Antarctica, removing the non-native cats caused the non-native rabbit population to spike, destroying much of the island’s native vegetation, according to one study. (Other authors took issue with that study’s methodology.) Another study based on a model found a similar surge in rat populations. The rats, like cats, attack the native fauna.

Environmental groups take various conflicting stances on what should be done. The American Society for the Prevention of Cruelty to Animals promotes trap, neuter, and return programs, or relocating feral cats as a last resort. The American Bird Conservancy promotes putting all cats indoors, and does not support trap neuter, return programs. PETA, too, supports bringing all cats indoors rather than trap, neuter, return programs, and only implementing these programs when the cats are also removed from the potential harms of outdoor life.

There aren’t United States federal laws that deal with outdoor cats, feral cats, or trap, neuter, return programs. State laws vary, and most state laws don’t mention feral or outdoor cats, according to one 2010 analysis, which notes that those states that do have cat laws typically leave it up to communities to pass ordinances about their cats.

(By the way, I love indoor cats. I have a plump tuxedo cat with a crooked white mustache and a charming, hoarse meow named Dinah.)

After wading through the information available, it’s clear that there are more opinions than facts on the matter and most of those opinions are extreme, driven by the differences in opinion on how to interpret the conflicting data. It is clear that outdoor cats are a huge problem caused by humans that must be fixed by humans. But in order to solve the problem, it’s going to take more than just milquetoast trap-neuter-release policies in a few cities. It’s going to take committed, global, and united action, with towns around the world devoting the necessary financial resources to take feral cat population control measures seriously. This will require that people keep their cats inside or on a leash, just like we do with dogs.