How to deal with Trump, trolls and aggressively emotive untruths online

The less time we waste on headlines and hand waving, the more we can focus on what’s actually going on

The less time we waste on headlines and hand waving, the more we can focus on what’s actually going on 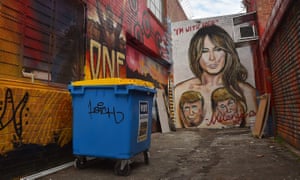 In the end, bullshit itself is bullshit – someone else’s wishes for your thoughts. Photograph: Paul Crock/AFP/Getty Images

A s the past few decades have shown, the trolling mindset is awesomely well adapted to a digital age. It ignores rational argument. It ignores evidence. It misreads, deliberately. It uses anything and everything somebody says against them. To argue with trolls is to lose – to give them what they want. A troll is interested in impact to the exclusion of all else.

Trolls themselves are hairy Nordic creatures who live under bridges, but trolling doesn’t take its name from them. It comes from the Old French verb   troller , meaning to hunt by wandering around in the hope of stumbling upon prey. The word made its way into English as a description of similar fishing tactics: slowly towing a lure in hope of a bite.

Then, in the early 1990s, a Usenet group took up the term to describe some users’ gleeful baiting of the naive: posting provocative comments in hope of attracting an outraged “bite”, then winding up their unwitting victim as thoroughly as possible.

In this, trolling is a form of bullshit art. “The essence of bullshit,” argues the philosopher Harry Frankfurt in his 2005 book of the same name, “is not that it is false but that it is phony”.

Both a liar and an honest person are interested in the truth – they’re playing on opposite sides in the same game. A bullshitter, however, has no such constraint. As Frankfurt puts it, a bullshitter “is neither on the side of the true nor on the side of the false … He does not care whether the things he says describe reality correctly. He just picks them out, or makes them up, to suit his purpose”.

How much should we fear the rise of artificial intelligence?

Once again, impact is all. The total absence of knowledge or expertise is no barrier to bullshit. In fact, it helps. The artistry lies in knowing your audience, and saying whatever is needed in order to achieve a desired effect.

Here’s another neat neologism: clickbait. In use since 2011, it brings trolling’s fishing metaphor into explicit play. Online media thrives on clicks. More is always better. Headlines drive clicks – meaning the data-driven optimization of linguistic click-enticement is now one of journalism’s finest arts. You Won’t Believe How Little Many Stories Have To Do With Their Headlines.

Content itself is beside the point – as the very use of words like content suggests. The moment you start labelling every single piece of writing in the world “content”, you have conceded its interchangeability: its primary purpose as mere grist to the metrical mill. Dangle the tasty lure, and wait for the fish to bite.


Absence of knowledge or expertise is no barrier to bullshit. The art is knowing your audience, saying whatever is needed

We live in an age of ever-increasing bullshit. Whenever someone, somewhere decides to pass a passionate comment on something they know nothing about, the whiff of bullshit is in the air – mingled, if their comments are engineered to provoke, with the stink of troll.

We need a new phrase for this kind of aggressively emotive untruth; though hardly a new human phenomenon, it   wields particular power   in an age of endlessly recycled outrage.

Then again, shutting up about Trump and all other professional trollshitters (a potty-mouthed portmanteau is the best I can do for now) might be a better tactic. Bullshit is a kind of conjurer’s incantation. Breaking its spell is a matter not so much of truth – however much we might like to believe it – as of disenchantment. 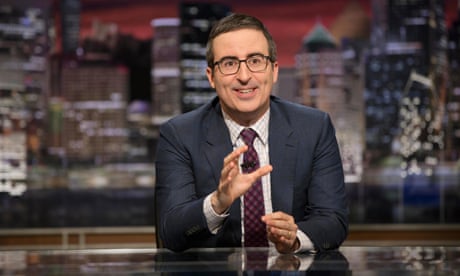 Like trolling, attention is its lifeblood: without a consenting audience, each withers. And the less time we waste on headlines and hand waving, the more we can focus on what’s actually going on.

In the end, bullshit itself is bullshit – someone else’s wishes for your thoughts. Don’t take the bait. Step back. Pick your words and your battles carefully – and never trust a headline that could have been written by   satirical algorithm .

•   Tom Chatfield is a British author. His book ‘ Netymology: a linguistic celebration of the digital world ’ is published by Quercus US on 2 August

This article contains affiliate links, which means we may earn a small commission if a reader clicks through and makes a purchase. All our journalism is independent and is in no way influenced by any advertiser or commercial initiative. By clicking on an affiliate link, you accept that third-party cookies will be set.   More information .

… we have a small favour to ask. More people around the world are reading The Guardian’s independent, investigative journalism than ever before. We’ve now been funded by over one million readers. And unlike many news organisations, we have chosen an approach that allows us to keep our journalism open to all. We believe that each one of us deserves access to accurate information with integrity at its heart.

The Guardian is editorially independent, meaning we set our own agenda. Our journalism is free from commercial bias and not influenced by billionaire owners, politicians or shareholders. No one edits our editor. No one steers our opinion. This is important as it enables us to give a voice to those less heard, challenge the powerful and hold them to account. It’s what makes us different to so many others in the media, at a time when factual, honest reporting is critical.