The Devil and Robert Johnson: Did the Blues Legend Really Sell His Soul at the Crossroads?

community » Discussions » Category » Entertainment » Discussion » The Devil and Robert Johnson: Did the Blues Legend Really Sell His Soul at the Crossroads?

It was 1930 in Robinsonville, Mississippi, and 19-year-old Robert Johnson, an aspiring   blues   musician, was hanging out at a juke joint where Delta blues legends Son House and Willie Brown were playing to a packed house. Between sets, Johnson dared to pick up one of the musicians' guitars and play his own stuff, but the crowd wasn't having it.

"He started to play it and be just   noising   the people, you know," recalls Son House in " ReMastered: Devil at the Crossroads ," a new Robert Johnson documentary on Netflix. "And the folks, they'd come out and say, 'Why don't some of y'all go down and make that boy put that thing down, he running us crazy!'"

The club owners tossed Johnson out of the Robinsonville juke joint and that was the last that anybody heard of him for a full year. Johnson simply disappeared from the Delta.

Then one night, while House and Brown were playing another gig in Banks, Mississippi, in walks Johnson with a guitar case strapped to his back. House elbowed Brown and pointed mockingly at "Little Robert."

"Boy, now where are you going with that thing?" House asked Johnson. "To noise somebody to death again?"

But this time, something was different. Johnson took out his instrument, a regular six-string guitar fitted with an extra seventh string, something neither House nor Brown had seen before. But that wasn't the only new thing.

Johnson had acquired an insane skill level and unusual technique, strumming a series of rapid-fire chords that made the guitar sound almost like a piano — a piano with three hands playing it.

How could this kid, who was lousy enough to get kicked off the stage in Robinsonville, return just a year later as the most talented blues guitarist in the Delta? To the stunned crowd in Banks, Mississippi, there was only one explanation — Johnson had made a deal with the devil.

To God-fearing black folks living in the 1920s Deep South, the blues was clearly "the devil's music." It lured away good men and women to the juke joints, where they would dance and drink and share unholy affections. So it would've made perfect sense that Johnson's unearthly talent was bestowed by Satan.

In fact, Johnson wasn't the first blues musician who reportedly honed his skills with help from the Prince of Darkness. An   earlier guitar hero   named Tommy Johnson — who is not related to Robert Johnson, but grew up in the same Mississippi county — was rumored to have gone down to the crossroads and had his guitar tuned by the devil himself. ( A biography of Tommy Johnson   includes an interview with his brother who says Tommy personally told him the story of this meeting.)

In the Coen brothers movie " O Brother, Where Art Thou? " a character named none other than Tommy Johnson tells his traveling companions that he just sold his soul at the crossroads for some wicked new guitar skills.

"Oh son, for that you traded your everlasting soul?" asks the witless Delmar.

When the same soul-selling story was told of Robert Johnson, he did little to dispel the rumor. In fact, he may have cultivated the devilish connection. Of the 29 songs Johnson recorded before his untimely death at only 27 years old, there were "Cross Road Blues," "Hellhound on My Trail," "Me and the Devil Blues" and "Up Jumped the Devil."

The Real Education of Robert Johnson


Steven Johnson — singer, a preacher and vice president of the   Robert Johnson Blues Foundation   — has a far more earthly explanation for how his grandfather Robert transformed seemingly overnight from an awkward amateur into the guitar-playing genius who has inspired generations of world-famous musicians, including Bob Dylan, Keith Richards and Eric Clapton.

"I suggest that people step outside of the myth and try to understand the talent," says Johnson in an interview. "Just because Michael Jordan was as great as he was on the court, does that me that he sold his soul to the devil? No, he practiced. And he practiced twice as hard as everybody else."

By Steven's calculation, his grandfather's mysterious absence from the Delta music scene stretched for closer to three years, not just one. And he spent those years back in his hometown of Hazelhurst, Mississippi, learning at the feet of guitar great Ike Zimmerman.

Robert had returned to Hazelhurst looking for his biological father, Noah Johnson, but found Zimmerman instead. Zimmerman would take Johnson out to the local cemetery at midnight to play to the tombstones and departed spirits.

"No matter how bad you sound out here," Zimmerman   says in the Netflix documentary , "nobody is going to complain."

The cemetery story is probably apocryphal, but it added to Johnson's reputation as a haunted soul. The real apprenticeship with Zimmerman was likely far more ordinary. Steven Johnson says that he met Zimmerman's daughter, who was only a little girl when her father opened her home to young Robert.

"She said, 'Your dad was at our house so much that I thought he was our brother," remembers Steven. She asked her dad, "Is RL [that's what they called Robert] our brother?' 'No, he's not your brother,' Ike said. 'He's just a musician and good friend of mine.' He would be there constantly."

And the practice certainly paid off. On his recordings, Johnson was "simultaneously playing a disjointed bass line on the low strings, rhythm on the middle strings, and lead on the treble strings while singing at the same time," Eric Clapton admiringly recounted in his autobiography,   according to Vanity Fair . It sounded like several people were playing at the same time. Johnson's fingerpicking style set the template for the blues.

There is an incredible short documentary up on netflix right now. If you are a fan of the blues, or interested in the inspiration for what we now call rock n roll you will enjoy it.

This man was the inspiration for Muddy Waters and countless others. Check it out.

Now you're talking my language...The Blues...

Robert Johnson being one of the true greats of Mississippi Delta Blues...Only 21 of his songs were ever recorded (I have all of them)....He was, as stated in the article, an inspiration to many great bluesmen.

Now who was Robert Johnson's inspiration. It was the grandfather of the Mississippi Delta Blues, Charley Patton.

This is one of my favorites of Robert Johnson, ''Sweet Home Chicago''..

I remember when My kid was a novice guitar player learning the 12 bar blues. It has to be learned to play just about anything these days.

I've been to the so-called crossroads where Johnson supposedly sold his soul.

I went to make a deal there, to be the best online fish but the devil told me you already made that deal. Dammit......

Gotta get up early to get the best worms

We've been soaked with rain for a week now and they project another two weeks of rain.

What do we do when it floods in Texas?

Saw him live in Austin a couple of times. One of the very best.

Ditto, along with Johnny Winter.

Saw him live in Austin a couple of times. One of the very best.

Never got to see him Live but he did end up in Laura Land just a short walk from where my Dad, maternal Grandparents and an Uncle are burred so, after he moved into the neighborhood, I did stop by his place just to say HAY once.

Ah yes, Johnny Winter, who came to my home in Toronto where I gave him a little gift to improve his concert that night, for which he thanked me.  I had never before seen an albino human up close.

Saw Johnny and Edgar and Rick in a small club in Denver way back in the day. Quite a show!

Unfortunately never saw SRV live but have many of his videos on a thumb drive in my truck. 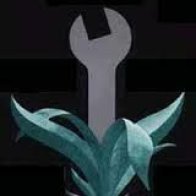 Just watched this yesterday. Enjoyed it very much. Didn't realize he was another member of the 27 club...

Following the line from Charley Patton to Robert Johnson to numerous other greats, in 1958 a young guy named Link Wray recorded ''Rumble''...His use/invention of various techniques that are used today in rock, metal etc are classic.

Peter Townsend said about Wray, ''if I never heard Link Wray I would never have picked up a guitar''....The song ''Rumble'' has the distinction of being the only instrumental ever banned from the airways.

Following the line from Charley Patton to Robert Johnson to numerous other greats, in 1958 a young guy named Link Wray recorded ''Rumble''...His use/invention of various techniques that are used today in rock, metal etc are classic.

How many frets does that guitar have ? It looks like at least 33. I have a hard enough time playing 20-21st fret with my fat fingertips.

I found a better picture online and it has 31 frets. 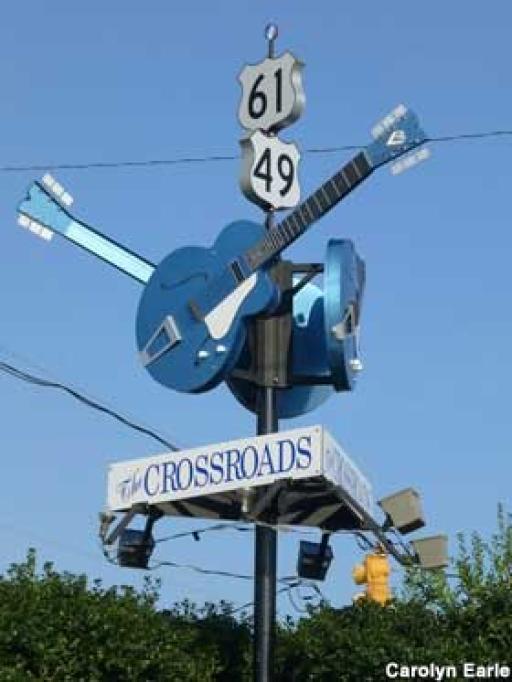 How many songs reference the crossroads?

Eric Clapton and John Mayall and the Blue Breakers.

I have Eric Clapton's Crossroads DVD, with tracks by many guitar greats, which I really enjoy playing once in a while.

A direct link from Charley Patton to Link Wray to Keith Secola. You'll hear the influence of both Patton and Wray in Secola's music...(Keith is my cuz)

Do you know what the direct link is between these three, BF?