The Government has been putting up whistle blower hot lines to take down complaints than retaliate. The VA was turning

close out the case and retaliate against the whistle blower. All government branches take complaints and investigate

themselves. That's no more than the Fox guarding the Hen house.  Talked with a VA employee that said VA was creating

jobs for there buddies at VA and not posting them for veterans. Came back all of a sudden she was gone no explanation and

her office vacant.. Veterans are terrified to come forward because the last Veteran whistle blower was locked up in a psych

ward. Many veterans that complain are having there government records illegally searched to discredit the whistle blower.

Most Veterans can request and are unaware of spar. Its a sensitive patient access report. This report will show you who has

accessed your records. I've requested mine and the VA wont give me anything past 2018. Saying they don't know who's

been accessing my records, but they can tell me what I said to my Dr. ten years ago. Sounds like a problem but wait, I had

complaints against a psychologist that was on probation for throwing records in the trash. Are they hiding him? There has

been many creditable witnesses demanding his removal. The VA does nothing but will find many un creditable people and

start going after you for reporting. Veterans are forced years to wait on there pensions, but as soon as they become a whistle

blower can loose it in days. The Federal government will start conducting fake investigations to go after veterans whistle

retaliating against veterans, falsifying reports and skipping out on constitutional rights. The one place that should be

protecting the rights that many veterans fought and died for are the biggest offenders of violating them. If you want to

volunteer for the VA you must sign a waiver that you will not talk to the news media. This is an attack on your first

amendment rights. Freedom of speech is only good till they want to use it against you in court. 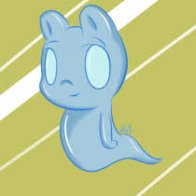 So go outside the system and find a friendly and sympathetic reporter or news person.

Government?  No.  It is the Trumpians into deflection/protection mode.