Doris Day was known to a couple generations of movie goers as a goody two shoes , aka "square" in her many romantic comedies. But her life was much more complicated than that, including multiple marriages, financial ruin at the hands of her business manager , and a decades long quest for personal happiness. Later in life she became well known for her efforts to protect animals and their rights.

Doris Day was also one of the very best big band singers . The late film critic Roger Ebert was, somewhat surprisingly , a huge Doris Day fan. One of the things he noted was her singing.

She spent seven years as the biggest female box office draw in America, and then walked away from stardom entirely; she spent the later decades of her life as a champion for animal rights.

Doris Day seemed to live her life by the old showbiz credo: Leave ’em wanting more. The beloved singer/actress conquered radio, recordings, movies, and TV, walking away from each medium at the height of her success. Finally, she walked away from stardom altogether. With a few exceptions, she’d kept a low profile for three decades by the time she died on May 13 at age 97. Her foundation shared the news with  the Associated Press .

Born Doris Mary Ann von Kappelhoff in Cincinnati in 1922 (according to census records, though Day claimed she was born in 1924), the multi-talented Day might also have found success as a dancer if she hadn’t suffered a leg-shattering car accident at 15. While recuperating, she took up singing and soon landed gigs with such band leaders as Bob Crosby and Les Brown. She scored her first big hit with 1945’­s “Sentimental Journey” (which became an anthem for returning World War II vets) and continued to be a top-selling artist for the next two decades. Her sunny, cheery vocal style, inspired by Ella Fitzgerald, continues in turn to inspire singers to this day, from Nellie McKay to Zooey Deschanel.

Hollywood beckoned, and Day made her film debut in the lead of the 1948 musical  Romance on the High Seas,  taking a part that had been meant for Betty Hutton until Hutton became pregnant. Over the next 20 years, she'd make another 38 films and would spend seven years as the top female box office draw and four as the top draw male or female . She was equally at home in musicals (the best of which were the Western-themed  Calamity Jane  and  Love Me or Leave Me,  a biopic of singer Ruth Etting), dramas (notably,  Young Man With a Horn,  Alfred Hitchcock’s  The Man Who Knew Too Much,   Julie,  and  Midnight Lace ) and comedies. She introduced on screen two songs that won Oscars, “Secret Love” (from  Calamity Jane ) and “Que Sera, Sera (Whatever Will Be, Will Be),” from  The Man Who Knew Too Much.

Day's ability to appear sexy and wholesome at once took her career to new heights in the three farces she made from 1959 to 1964 with Rock Hudson, the screen partnership for which she is best remembered.  Pillow Talk  (which earned Day her only Oscar nomination),  Lover Come Back,  and  Send Me No Flowers  were considered sophisticated and fairly risqué sex comedies at the time, though they soon came to appear tame and even coy, unfairly earning Day a reputation as the world’s oldest virgin. Seen today, the films seem almost campy, since Hudson’s deceptive gamesmanship looks like a diversionary tactic to hide what we now know was the actor’s closeted homosexuality. Yet Day’s characters seem almost proto-feminist; each is an independent career woman who refuses to be exploited and who ultimately says yes to sex but only on her own terms.

Day was married four times and had one child, songwriter/record producer Terry Melcher, who died of melanoma in 2004 at age 62. In 2011, Day paid him homage by releasing  My Heart,  an album of unreleased tracks she had recorded for use on the CBN show that Terry had produced and in some cases composed. Suddenly, at 89, Day was back on the Billboard top 200 chart for the first time in nearly 50 years.

Aside from that late-career resurrection, Day was content to spend her last decades taking care of the animals at her ranch in Carmel-by-the-Sea, California. After accepting a lifetime achievement Golden Globe in 1989, she turned down all invitations to accept honors and awards in person. Perhaps her reticence stemmed from her lifelong insecurity over her public image, whether that was the perky and chaste girl next door or the glamorous blonde star. Remarked  Send Me No Flowers director  Norman Jewison,  “Doris did not believe that she was an attractive woman. I thought she was beautiful. Millions of fans thought she was beautiful. Everybody she had ever worked with thought she was beautiful. Doris remained unconvinced.”

So sad. I loved her rom coms with James Garner and Rock Hudson.

Yet Day’s characters seem almost proto-feminist; each is an independent career woman who refuses to be exploited and who ultimately says yes to sex but only on her own terms.

A good description of the wholesome image she projected. She had that certain, knowing twinkle in those blue eyes that made you want to know her better. Beautiful, lovely lady with that remarkable slightly husky voice. Rest in peace Ms. Day

In the 50's and 60's, Mom and Dad would take us to see any movie Doris was in and, believe me, driving home, we'd all try to sing her songs.  Of course, with no luck but a lot of laughter.

RIP Ms. Day - you were a wonder and a super example to all of us in those days. 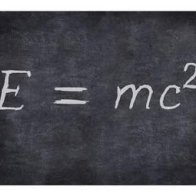 Just saw a small item about Ms. Day which cited that before she became America's sweetheart of cinema she had an established career as a jazz singer and toured with Les Brown.  Never would have thought.  The picture below was taken at NYC's Aquarium Club in 1946: 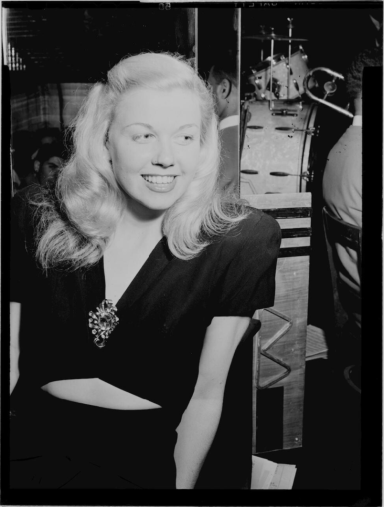 Doris Day was not only a big band singer, she was one of the best in that genre.

And ripped to boot!


Rafael Storm
4 years ago
Only four views since November 7th? WTF? Doris Day is one of the greatest performers of the 20th Century, and it's indicative of our culture that no one bothers to listen to her music on You Tube. Our world and its technology is spinning out of control, and everything and everyone has to be "in the minute," but not me. I'd prefer to kick back and listen to Doris sing "Send Me No Flowers" and Move Over, Darling"!
You must be logged in to post a comment
Loading...
Loading...