Feds: Immigration top US crime, one-third of all sentencings

In its just-released annual report, the commission said that immigration crimes accounted for 34.4% of all sentencing cases, up from 30% last year.

Overall, the courts saw 69,425 cases and most involved Hispanics and illegal immigrants. 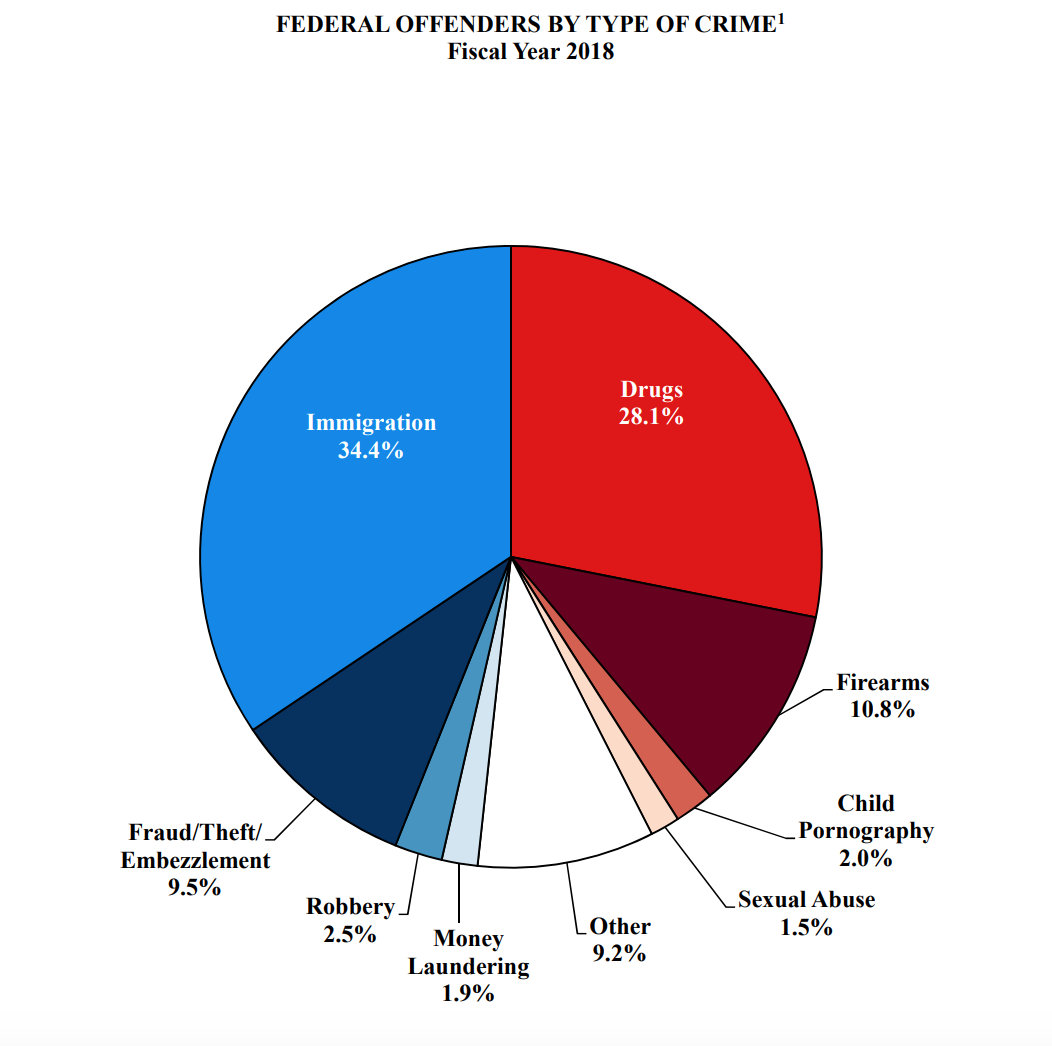 “Immigration cases accounted for the largest single group of offenses in fiscal year 2018, comprising 34.4% of all reported cases. Cases involving drugs, firearms, and fraud were the next most common types of offenses after immigration cases. Together these four types of offenses accounted for 82.9 percent of all cases reported to the commission in fiscal year 2018,” said the   2018 Annual Report and Sourcebook of Federal Sentencing Statistics.

The immigration crime numbers from fiscal 2018:

Yeah - we ain't got no problems.

Yeah - we ain't got no problems

Invariably, those that claim that are of course far removed from the border and don't contend with the invasion on a daily basis.

About the only way to stop it is to go after the employers.   Make it so onerous, so painful financially and if necessary criminally, that even thinking about hiring an illegal for ANY work would make the one thinking about it shiver uncontrollably.  If the beast is starved, it has no choice but to move on, or die.

This is just one more reason that I have no problem with a national ID card.   Most if not all other nations have them, why not us?