In America, men are 3.5 times more likely to die from suicide than women, and many experts say it’s because they’re told not to express emotions 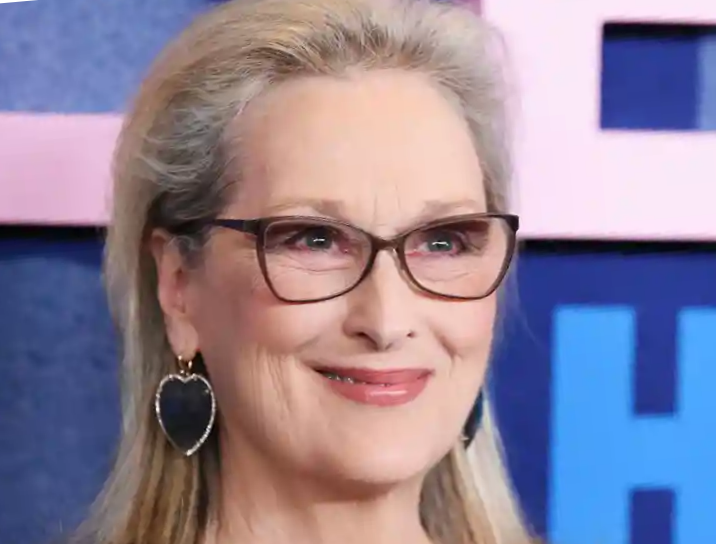 Meryl Streep isn’t a big fan of the phrase “toxic masculinity”, apparently. During a recent panel discussion about the new season of Big Little Lies the cast started talking about how many men enjoyed the female-led show; Streep then announced that “we hurt our boys by calling something toxic masculinity. Women can be pretty fucking toxic … It’s toxic people.

“We have our good angles and we have our bad ones,” Streep continued. “I think the labels are less helpful than what we’re trying to get to, which is a communication, direct, between human beings. We’re all on the boat together. We’ve got to make it work.”

(Excuse me, can someone stop the boat for a moment please? I just need a second while my eyes stop rolling.)

Seriously, Meryl? Seriously? I don’t want to label Streep’s comments “ridiculous”, because labels are less helpful than what I’m trying to get to, which is the fact Streep clearly has no idea what “toxic masculinity” means. I shouldn’t have to say this, it should be obvious, but “toxic masculinity” doesn’t mean that men are toxic or that masculinity is de facto toxic. Rather, it means that extreme forms of traits traditionally associated with masculinity, like aggression and stoicism, are toxic. Rightwingers, however, like to pretend the phrase is an attack on men because it’s a quick way of derailing a conversation about rigid gender norms, and allows them to pretend that feminism is some sort of plot against men. Indeed conservative outlets like Fox News are already having a field day with Streep’s comments.

We don’t “hurt our boys” by labelling certain behavior “toxic masculinity”. We hurt our boys when we teach them that being a man means suppressing your emotions and treating women as an inferior species, to be dominated and controlled. And toxic masculinity doesn’t just hurt men, it kills them. In America, for example, men are 3.5 times more likely to die from suicide than women – a phenomenon many experts attribute , in part, to the fact that men are told they shouldn’t express emotion or admit that they feel vulnerable, and therefore are less likely to seek professional help.

It’s also well established that toxic masculinity kills women. Women are far more likely than men to die at the hands of their partner, to cite just one example. As a 2018 United Nations global study on homicide notes, “Intimate partner violence against women and girls is rooted in widely-accepted gender norms about men’s authority …and men’s use of violence to exert control over women. Research shows that men and boys who adhere to rigid views of gender roles and masculinity … are more likely to use violence against a partner.”

Here’s the big difference between toxic masculinity and toxic femininity, however: the latter is a lot less deadly, a lot less dangerous. The difference between toxic masculinity and toxic femininity is that the president of the United States is not a woman who has boasted about grabbing men by their genitals, and dismissed this as “locker room talk”. The difference is that there aren’t two female supreme court justices who have been accused of sexual misconduct. The difference is that a group of powerful women are not currently passing legislation preventing American men having control over their own bodies.

The fact that Streep can talk about how “toxic masculinity”, as a phrase, harms boys at a time when American women are currently facing a full-on assault of their reproductive rights is mind-boggling. The fact that she can blithely say that “we’re all on the boat together” when Republicans have made it very clear they’re steering the boat towards Gilead, is infuriating. But at least she stopped her lecture on civility there, I suppose. We can, at least, be grateful that she didn’t go on to inform us that All Lives Matter, and we shouldn’t focus on labels or race because we’re all Africans really .

We don’t “hurt our boys” by labelling certain behavior “toxic masculinity”. We hurt our boys when we teach them that being a man means suppressing your emotions and treating women as an inferior species, to be dominated and controlled.

I agree with everything the author, The Guardian's Arwa Mahdawi, is saying... but I wonder why she is making so much of the opinion of an actress. Meryl Streep is a very good actress, with a ton of awards... but that hardly qualifies her as an expert on sociology.

It's foolish to give such overblown credence to Streep... or to any actress/actor... or to any basketball player... or... any other non-expert. Doing so only encourages ignorant idiots to give credence to their own baseless opinions. After all, if Meryl Streep can opine on "toxic masculinity", why can't I?

So.. there are TWO topics here. The obvious one is "toxic masculinity", which is damned near universal. There's also the topic of giving a pulpit to people who have done nothing to earn one. (Meta??)

My goal is to have the same amount of masculinity as Arnold Schwarzenegger. He has the right amount in my opinion admirable but not toxic.

Unless you happen to be married to him.

I don't see any reason to be upset with Streep. She doesn't really dispute anything the author talks about vis a vis this toxic masculinity. She is just taking issue with the terminology and the perceptions that can create in anyone who hears it. What's wrong with that? We revisit terminology all the time because we see that the impact of it distracts from the goals we are trying to achieve. That's how "global warming" became "climate change." It's how "gender disorder" became "gender dysphoria." It's how "shell shock" and "combat fatigue" became "Post Traumatic Stress" - a term for which, btw, we increasingly see a move away from the word "Disorder." Language evolves. It's weird to get pissy about it in the context we see here.

... we hurt our boys by calling something toxic masculinity. Women can be pretty fucking toxic … It’s toxic people.

We have our good angles and we have our bad ones. I think the labels are less helpful than what we’re trying to get to, which is a communication, direct, between human beings. We’re all on the boat together. We’ve got to make it work.

"Kumbaya! Men and women together!"

Mahdawi reminds us that women and men are not the same. Which is pretty obvious, except for Streep.

I always figure that the first step toward controlling a phenomenon is understanding it. If men suicide 3.5 times more often than women, it's pretty clear that there's a phenomenon.

Why do people listen to an actress on the topic of gender? Why would anyone imagine that she is competent?